How many vertices does a triangle fan use opengl

I am learning openGL, and i have come across triangle fans using vertex buffer objects. If given an array of vertices to render, how does openGL decide how many of those vertices must be used to construct a triangle fan. It seems like an arbitray number of the vertices could be used.

This can easily be explained by comparing Triangle Strips with Triangle Fans.

As you probably know, a Triangle Strip is a set connected triangles which share vertices, this allows for more efficient memory usage. (We save memory because we don't store all duplicated vertices)

Example of a Triangle Strip 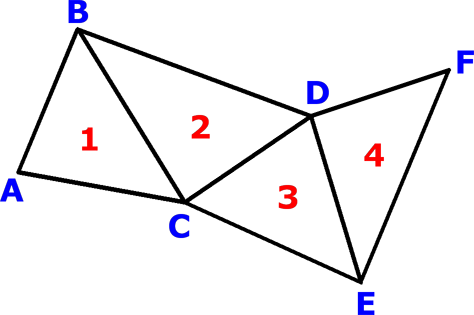 On the other hand we have a Triangle Fan, this is also a set of connected triangles. Though all these triangles have one vertex in common, which is the central vertex. (The first vertex is always the center)

With that said we can take the same image above and change the order of the vertices. When that done the Triangle Fan would look like this. (Where A, is the first and central vertex)

Example of a Triangle Fan 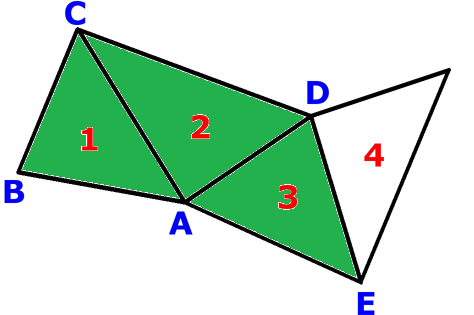 In the image above the Triangle Fan will only work in the colored area, because of how the vertices need to be arranged according to be a Triangle Fan.

Visually, this is how a triangle fan works: 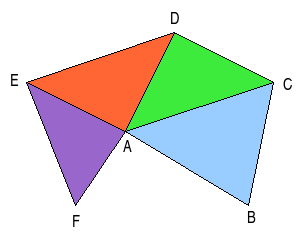 Another way of thinking about this is that each triangle shares an edge radiating from a central vertex with the prior triangle; literally like a folding a paper fan. 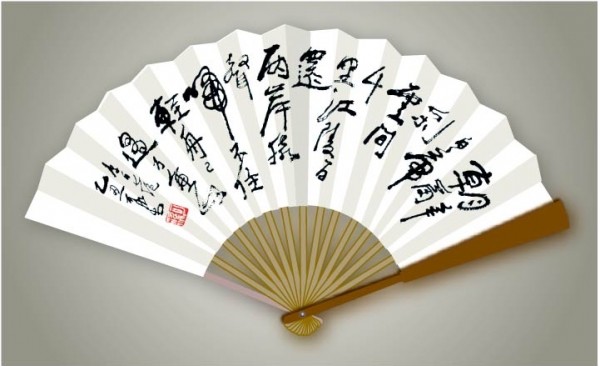 You need N+2 vertices, where N is the number of triangles in your fan.

That is specified by the command which you use to do the rendering. For example both drawArrays() and drawElements() have a count parameter which specifies the number of vertices to use.

Not the answer you're looking for? Browse other questions tagged c++ opengl or ask your own question.

0
Rendering different triangle types and triangle fans using vertex buffer objects? (OpenGL)
11
OpenGL/JOGL: Multiple triangle fans in a vertex array
1952
C++11 introduced a standardized memory model. What does it mean? And how is it going to affect C++ programming?
117
What are Vertex Array Objects?
10
Does OpenGL guarantee that primitives in a vertex buffer will be drawn in order?
1
OpenGL 3.3 texture mapping triangle
1456
Replacing a 32-bit loop counter with 64-bit introduces crazy performance deviations with _mm_popcnt_u64 on Intel CPUs
0
How does opengl knows how many vertex there are?
2
OpenGL vertices array initialisation