How to perform rank based selection in a genetic algorithm?

I am implementing a small genetic algorithm framework - primarily for private use, unless I manage to make something reasonable at which time I will post it as open source. Right now I am focusing on selection techniques. So far I have implemented roulette wheel selection, stochastic universal sampling and tournament selection. Next on my list is rank based selection. I had a little more difficulty finding information about that than the other techniques that I've already implemented, but here is my understanding so far.

Is this correct? If so, am I right in thinking that the rank adjustment is a sort of preprocessing step which then has to be followed by an actual selection procedure that picks out the candidates? Please correct me if I have misunderstood any of this. I am grateful for any additional pointers.

What you've described there is roulette wheel selection, not rank selection. To do rank selection, rather than weighting each candidate by its fitness score, you weight it by its "rank" (that is, best, second best, third best, etc.).

The important point is that absolute or relative fitness scores are not considered, only the rankings. So the best is more likely to be chosen than the second best, but the two have the same probabilities of being chosen whether the best had ten times the score of the second best, or only had a slightly greater score.

Imagine a roulette wheel where all chromosomes in the population are placed, each chromosome has its place big accordingly to its fitness function, like on the following picture

.
This selection will have problems when the finesses differs very much. Outstanding individuals will introduce a bias in the beginning of the search that may cause a premature convergence and a loss of diversity.
For Example:

if an initial population contains one or two very fit but not the best individuals and the rest of the population are not good, then these fit individuals will quickly dominate the whole population and prevent the population from exploring other potentially better individuals. Such a strong domination causes a very high loss of genetic diversity which is definitely not advantageous for the optimization process.

But in Rank Selection:

So the process will be:

My Implementation of Rank Selection in Matlab:

Note: you can also see my question regarding rank selection here in this link and my article here.

I was also a bit confused by various sources on how the probabilities are being computed when using the Linear Ranking Selection, sometimes also called "Rank Selection" as is referred to here. At least I hope these two are referring to the same thing.

The part which was elusive to me is the sum of the ranks which seems to have been omitted or at least not explicitly stated in most of the sources. Here I present a short, yet a verbose Python example of how the probability distribution is computed (those nice charts you often see). 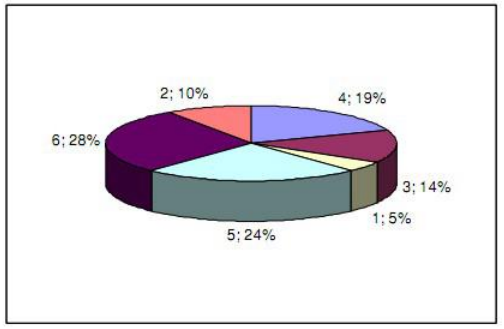 Take note that this is not what is used in actual implementations of genetic algorithms, only a helper script to give you better intuition.

You can fetch this script with:

According to the book J. Palma the correct way is:

After that, you can apply the same system as the proportional selection.

Not the answer you're looking for? Browse other questions tagged selection genetic-algorithm stochastic roulette-wheel-selection or ask your own question.