For loop to split matrix to equal sized sub-matrices

Given a square matrix of say size 400x400, how would I go about splitting this into constituent sub-matrices of 20x20 using a for-loop? I can't even think where to begin!

but I'm unsure how I would proceed. Thoughts?

Well, I know that the poster explicitly asked for a for loop, and Jeff Mather's answer provided exactly that.

But still I got curious whether it is possible to decompose a matrix into tiles (sub-matrices) of a given size without a loop. In case someone else is curious, too, here's what I have come up with:

Coming up with these expressions feels a bit like solving a sliding puzzle. ;-)

I'm sorry that my answer does not use a for loop either, but this would also do the trick:

where i,j is the submatrix to fetch (and a,b is the indexing into that matrix if needed)

Even though the question is basically for 2D matrices, inspired by A. Donda's answer I would like to expand his answer to 3D matrices so that this technique could be used in cropping True Color images (3D)

The basic idea is to make the 3rd Dimension unaffected while reshaping so that the image isn't distorted. To achieve this, additional permuting was done to swap 3rd and 4th dimensions. Once the process is done, the dimensions are restored as it was, by permuting back. 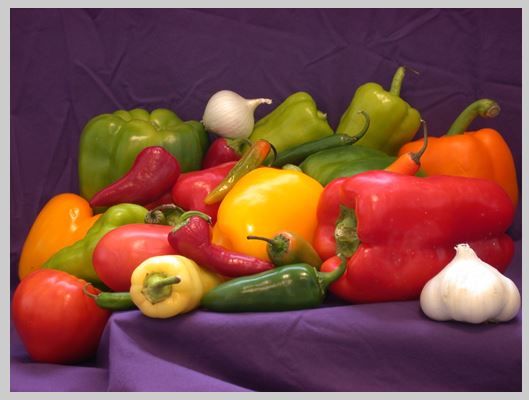 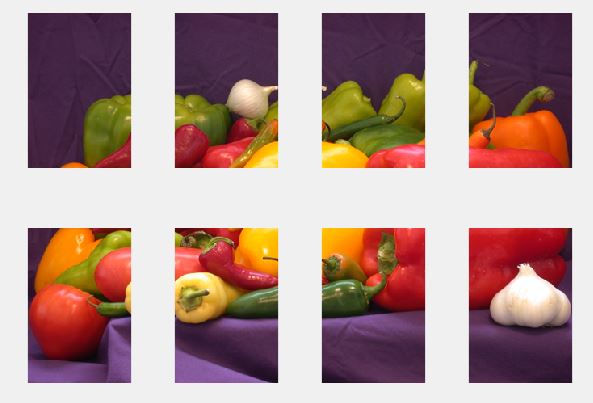 Advantage of this method is, it works good on 2D images as well. Here is an example of a Gray Scale image (2D). Example used here is MatLab in-built image 'cameraman.tif' 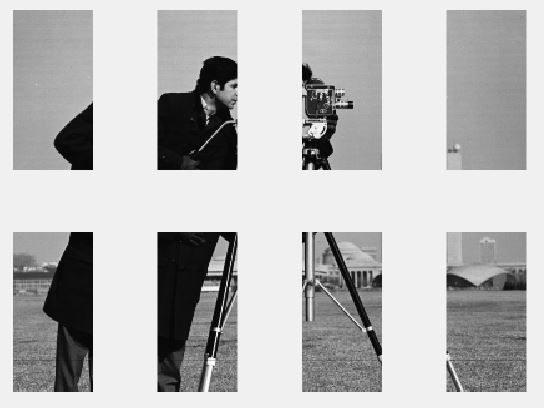 It is true that they don't return the exact same thing but:

Anyway, I have compared them both with the following script. The code was run in Octave (version 3.9.1) with JIT disabled.

Note that the Y axis is in log scale 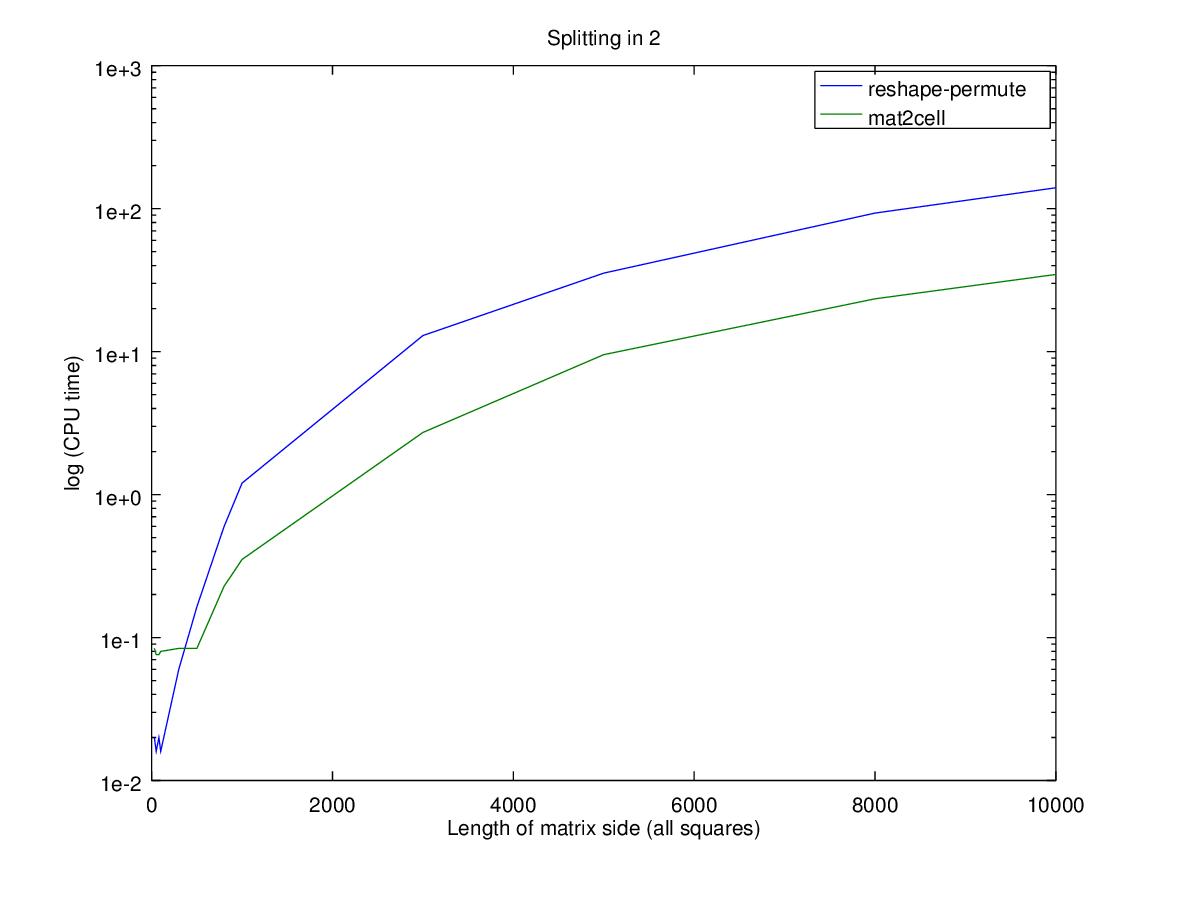 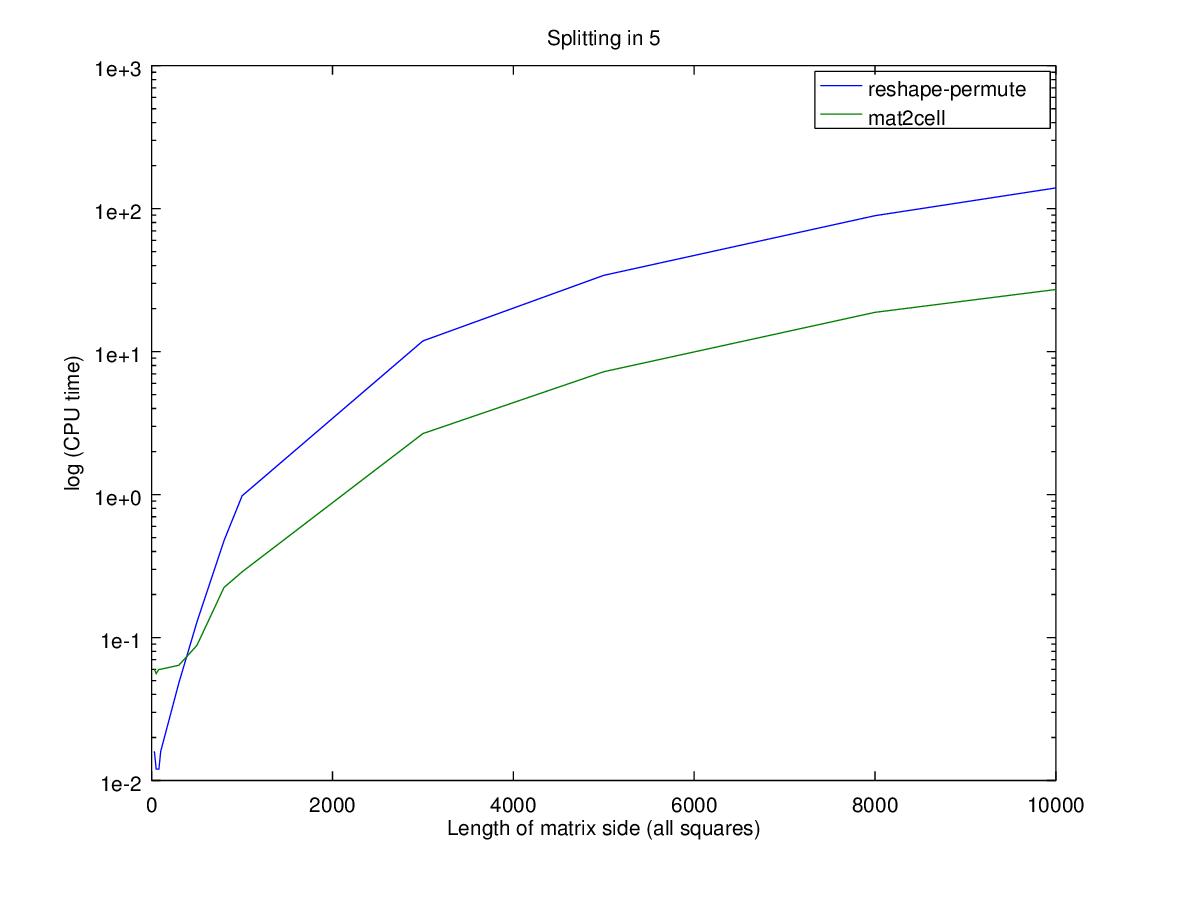 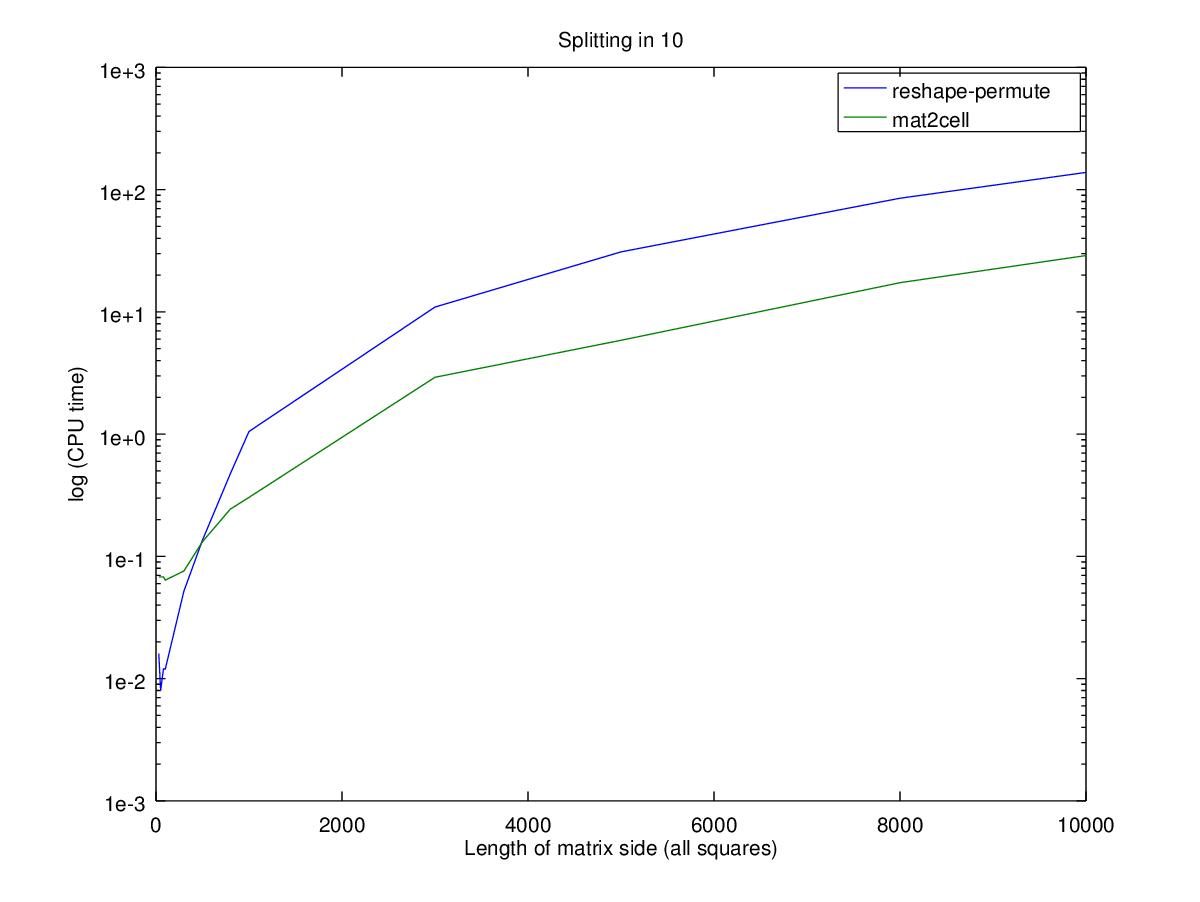 Performance wise, using the nested permute will only be faster for smaller matrices where big changes in relative performance are actually very small changes in time. Note that the Y axis is in log scale, so the difference between the two functions for a 100x100 matrix is 0.02 seconds while for a 10000x10000 matrix is 100 seconds.

I have also tested the following which will convert the cell into a matrix so that the return values of the two functions are the same:

It is so much more difficult to get your head around the use of the nested permute and reshape. It's mad to use it. It will increase maintenance time by a lot (but hey, this is Matlab language, it's not supposed to be elegant and reusable).

The nested calls to permute does not expand nicely at all into N dimensions. I guess it would require a for loop by dimension (which would not help at all the already quite cryptic code). On the other hand, making use of mat2cell:

Edit (and tested in Matlab too)

The amount of upvotes on the answer suggesting to use permute and reshape got me so curious that I decided to get this tested in Matlab (R2010b). The results there were pretty much the same, i.e., it's performance is really poor. So unless this operation will be done a lot of times, in matrices that will always be small (less than 300x300), and there will always be a Matlab guru around to explain what it does, don't use it.

If you want to use a for loop you can do this:

Not the answer you're looking for? Browse other questions tagged matlab loops octave or ask your own question.

3
error in splitting an image into blocks of pixels in matlab
2
Extract and then sum sub-matrices in Matlab
-1
How can I split matrix to some matrices in matlab?
1
Is there way to split a matrix into multiple matrices?
9
Efficient Implementation of `im2col` and `col2im`
5
bsxfun-like for matrix product
5
Is there a substitute for blockproc in Matlab?
2
Average a subset of a matrix in a loop in matlab
4
Reshape to vertically tile blocks of columns below previous ones
3
Multiplying a small matrix by a big matrix
See more linked questions