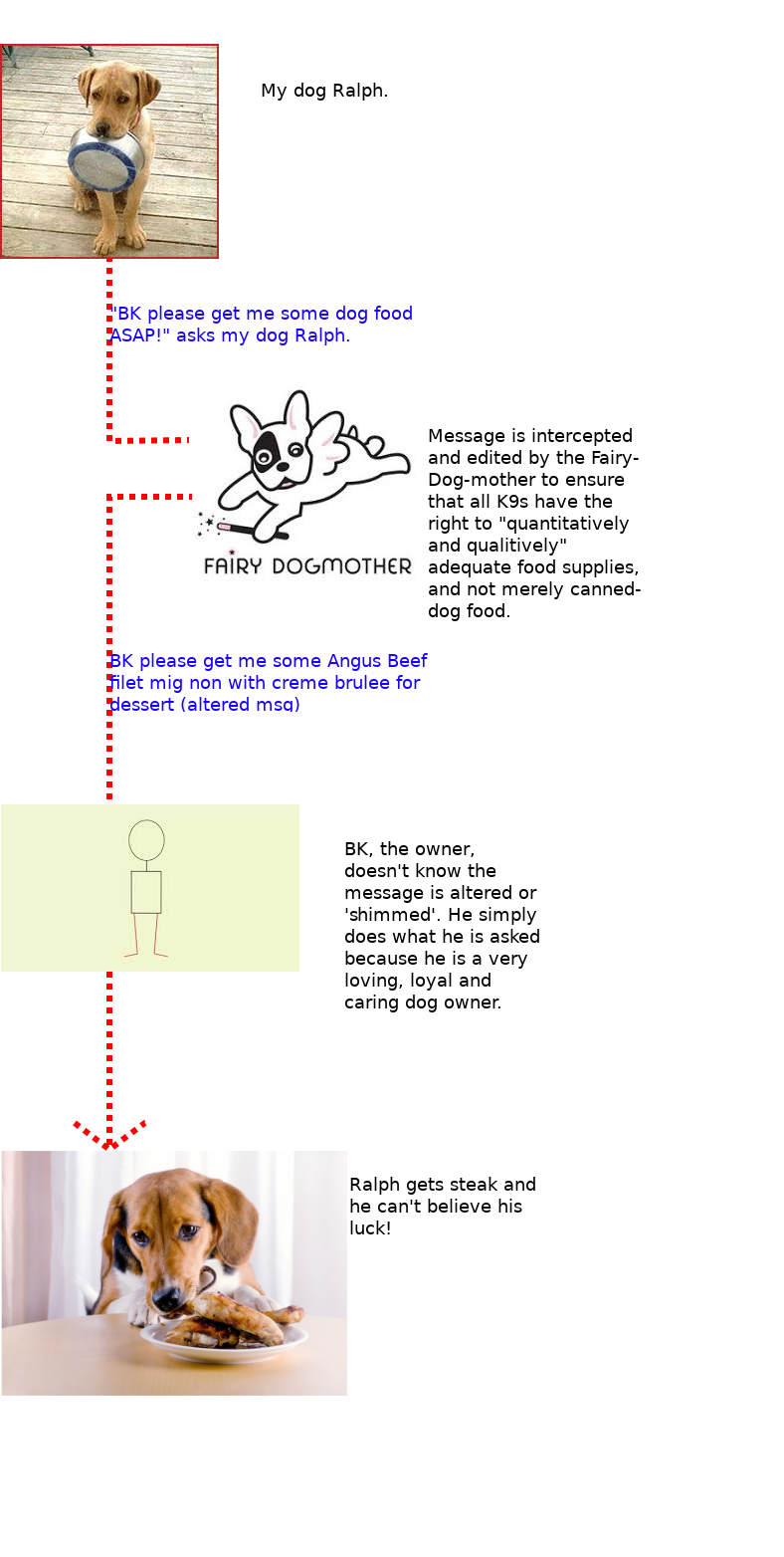 A shim is some code that takes care of what's asked (by 'interception'), without anyone being any wiser about it.

Example of a Shim

An example of a shim would be rbenv (a ruby tool). Calls to ruby commands are "shimmed". i.e. when you run bundle install, rbenv intercepts that message, and reroutes it according to the specific version of Ruby you are running. If that doesn't make sense try this example, or just think of the fairy god mother intercepting messages and delivering apposite outcomes.

Important Clarifications on this example

So a shim is a generic term for any library of code that acts as a middleman and partially or completely changes the behavior or operation of a program. Like a true middleman, it can affect the data passed to that program, or affect the data returned from that program.

The Windows API is an example:

So the two programs that make the "bread" of the "shim sandwich" should not be able to differentiate between talking to their counterpart program and talking to the shim.

30
What is the difference between the shim and facade/adapter patterns?
3
Is there a way to force application to load references at runtime?
0
pyenv - how to get more info re: "system", including version