How to commit a partial file (hunks) to git in pycharm

I'm a heavy Eclipse PyDev + EGit user and looking to switch to PyCharm. In Eclipse, I can choose to add only certain hunks/lines of a file to the git index, the same as using git add -p from the terminal. I find doing it through a GUI to be faster, and I have been looking for the same functionality in PyCharm. Does it exist? Thanks

This is not currently supported. Follow this ticket for details (comment/watch to be notified when it will be implemented).

This functionality is now implemented (more or less) and will be available in 2018.1 version. A bit more can be found in this blog post.

PyCharm manages this through change lists. Here is an example. 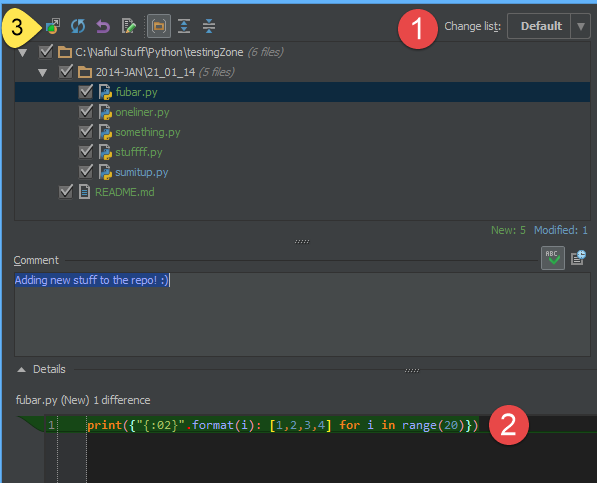 Now, say we want to commit only this change. We can do this by adding it to a new changelist, by clicking on {3}, and this will pop up: 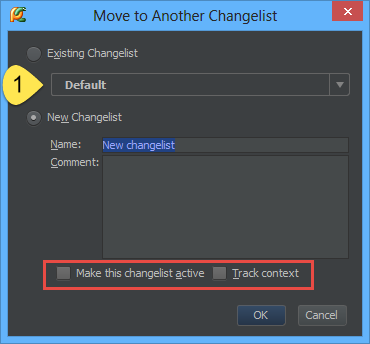 Since we don't have a new one, let's just create a new changelist using the dialog box. And then let's change the currently selected changelist to New Changelist: 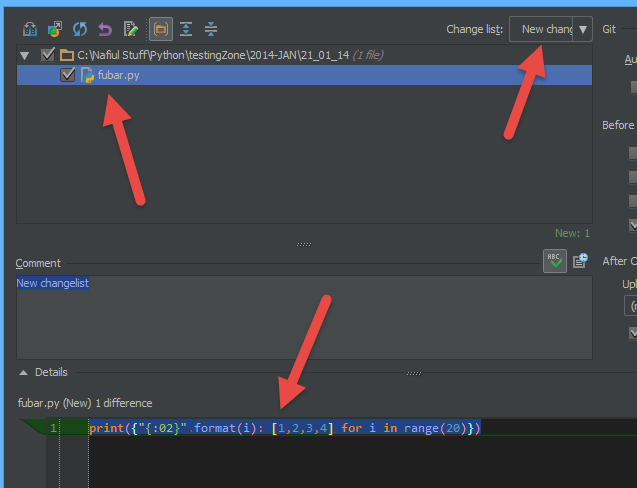 Notice that there is only one file, with one change, just like our changelist. How about we add a few things from the default changelist to the new one: 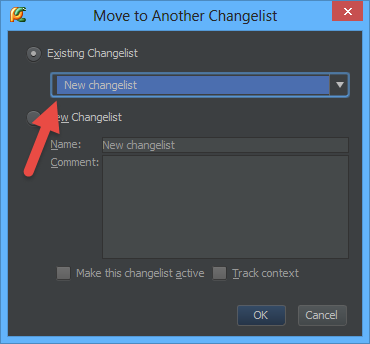 Now, let's head back to the New Changelist:

Now that we're done with our selective changes, press Commit. After this, we can push: 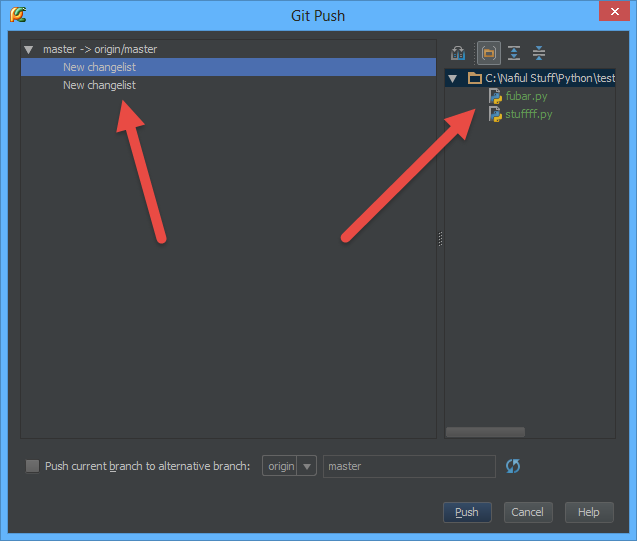 I pushed to bitbucket, so let's see the changes: 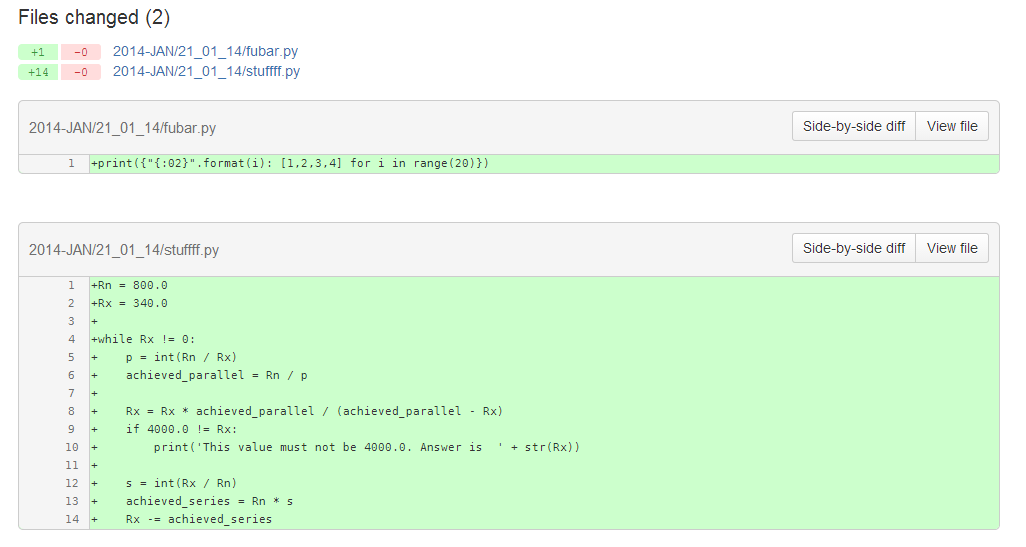 As you can see, only the stuff in the New Changelist was added.

Since Pycharm 2018 partial commit (similar to git add -p) can be set up by two settings:

This is a late comment, but may be helpful to some.

Not the answer you're looking for? Browse other questions tagged git pycharm or ask your own question.

78
Git & Intellij, How do I commit only parts of a changed file

7424
How to remove local (untracked) files from the current Git working tree
7656
How to modify existing, unpushed commit messages?
10069
How do I undo 'git add' before commit?
23326
How do I undo the most recent local commits in Git?
8280
Git: How do I force "git pull" to overwrite local files?
5703
Move the most recent commit(s) to a new branch with Git
7535
How do I check out a remote Git branch?
18502
How do I delete a Git branch locally and remotely?
7621
How do I revert a Git repository to a previous commit?
9781
How do I rename a local Git branch?