How to change WCF service contract which does not effect client?

i am new but reading some article on wcf i came to know that if you change the ServcieContrcat then you have to change not only the Service end but Clients end too and it's really difficult to manage.

so i am looking for best guidance how to develop wcf service which will not create any problem if we extend the functionality or any kind of change but client end will not face any problem. thanks 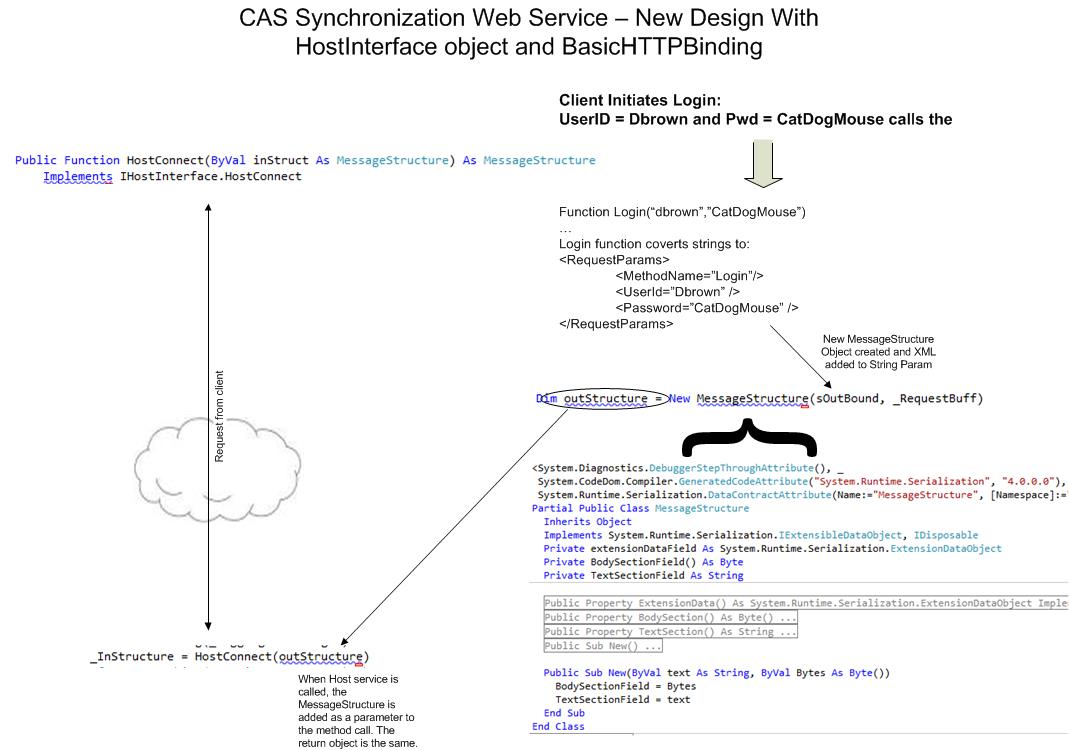 I had the same problem, basically a perpetual set of changes to methods that would break the interfaces on the clients.

This is what I did: All of my 30+ functions (and the list grows and grows) took strings, ints and bytes() as data types as both input and output parameters, I created a master single endpoint and function that receives, as an input parameter, and sends back as the output, a single simple class. This class, called HostInterface, contains just two parameters, a string (which I use to encapsulate all my strings and ints) and a byte() array (into which I stuff all my binaries)

So, whether a client is calling something simple like Ping() with just one string param, or something complicated like ResumeDownload() with 5 strings, 2 ints and a byte array, all of those parameters get encapsulated in my HostInterface class, the strings and ints into the one String parameters (as XML) and the bytes into the byte field.

When a request is received on the host side here:

I unpack the string parameter in objInbound, changing the XML into an object, and I unpack the bytes and add them to the byte portion of the same object. Then I check the method name (ping or ResumeDownload) and process accordingly. The diagram below shows the basic idea - all functions operating through a single function that takes and sends the same simple classe as parameters. Thus, my interface never needs to change.

Not the answer you're looking for? Browse other questions tagged c# wcf web-services or ask your own question.