Just finished reading "JavaScript: The Good Parts" - Great book. But I am confused about a very important topic on page 33-34 - Augmenting types. It describes the creation of a new method added to Function.prototype, so when invoked with a new method, all Functions will have that method available. Fair enough. But the subsequent examples show this method being used on Numbers and Strings. Which, I am thinking, are Objects - not Functions. What am I missing here?

Any function object in javascript has two properties: _ proto _ and prototype. Moreover, any Function instance object (created using new constructor) has a property _ proto _ . The _ proto _ is what defines the inheritance. Some good resource on this could be found at

How is inheritance defined?

What is meant by inheritance?

It means any inheriting object can use any property of inherited object.

What good is prototype property of Function object

A function object's prototype is referred to by the Function instance object's _ proto _ created using that function's new construct.

If the following was executed:

When a JavaScript primitive number appears on the left side of a . operator, the language automatically boxes it in a Number instance so that the method call makes sense.

edit — let's look at how that "method" function works. In the call

Number or Object or other build-in class is also an constructor, then constructor is a function in JavaScript. There are tow important description in ECMAScript specification:

Every built-in function and every built-in constructor has the Function prototype object, which is the initial value of the expression Function.prototype (15.3.4), as the value of its [[Prototype]] internal property.

so in console, we can execute the code:

the result is true.

so that Number can access the Function.prototype's methods is reasonable.

is this demonesrate you can see difference between clearly and obviously 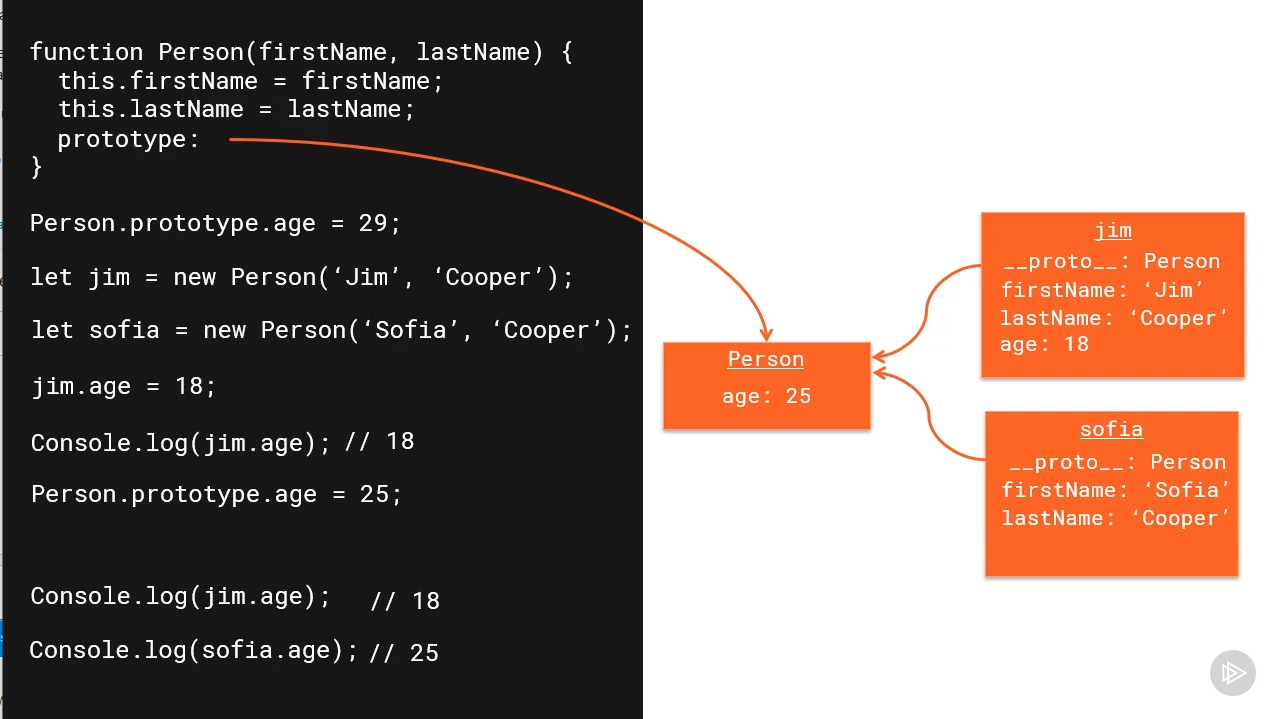 3
How does Object have more functions than an actual object?
3
The Good Parts, Augmenting Types
1
Javascript create object in function style