Before I could ctrl+click on a View to jump to it, but this no longer works. Is there a feature I need to enable to get it back?

Go to Resharper->Manage Extensions and click the Online tab. Then search for Resharper.ExternalAnnotations, and install the package it comes up with. 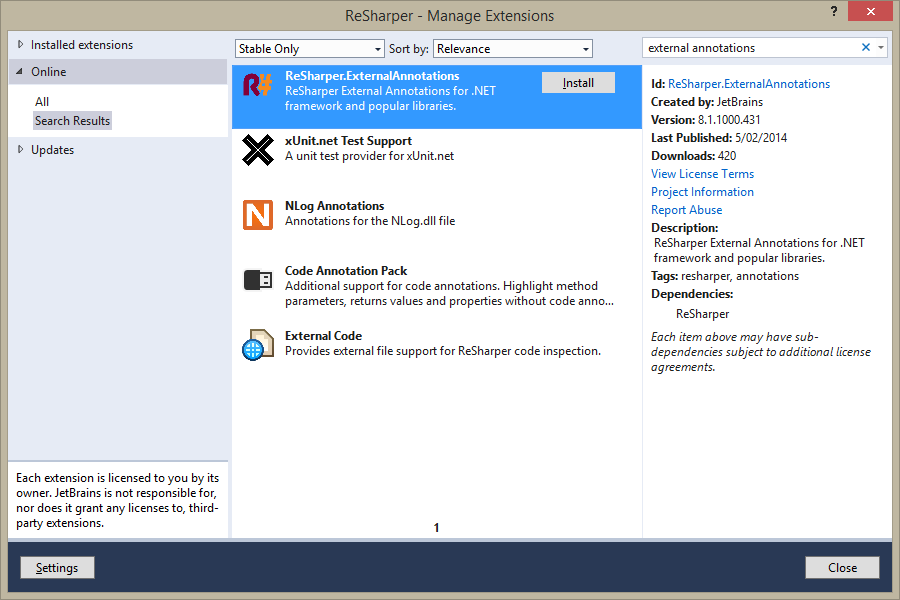 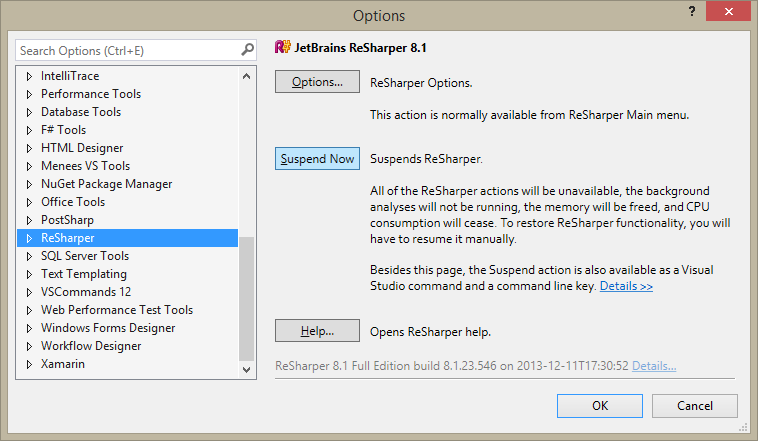 About workaround for previous versions of ReSharper:

FIXED: reply about fix from the Resharper team

You need to restart the VS and you will get notification about Update or run it manually from the Resharper => Extension Manager => Updates => Resharper.ExternalAnnotations (like in the Samuel answer)

There still seems to be an issue with ReSharper and navigating to MVC Views or having the QuickFix (Alt+Enter) functionality available on them in the latest (as of this writing) version of ReSharper - v8.2.3000.5176.

My MVC version is 5.2. My ReSharper version is 8.2.3000.5176. When I installed this it seemed to install the ExternalAnnotations that come bundled with the update, also versioned at the same version number.

I can fix the issue by uninstalling the ExternalAnnotations (version 8.2.3000.5176) and re-installing the latest version offered from the ReSharper Gallery (which is version 8.2.2001.1). After a Visual Studio restart, my MVC quick-fixes and View navigation is back.

Strangely, I also get prompted by ReSharper that extension updates are available, and it wants to upgrade my ExternalAnnotations to version 8.2.3000.5176. If I do this (and restart VS) everything breaks again. Downgrading back to version 8.2.2001.1 (and a VS restart) will, however, fix it again.

A number of other people are also reporting this issue on JetBrain's ReSharper blog post that announced ReSharper 8.2.3

So, if you're using MVC 5.2.x and ReSharper 8.2.3, try to downgrade the version of the ExternalAnnotations that you're using and see if that solves the issue.

UPDATE (5th November 2014): There is now a new version of the ReSharper External Annotations available from the JetBrains "ReSharper Gallery". This new version is v8.2.3001 and I can confirm that once installed, this new version fixes the problem for me!

Latest EAP builds of ReSharper 8.1.1 do.

There should be no problems with running your ctrl+click and no additional configuration (enabling/disabling anything) should be needed. So it is most probably some bug.

Your situation might be connected with the following known issue reported here. It is connected with IntelliSense, not with Resharper directly, but they are both related to problems with navigating in Razor engine when having VS 2013 and newest ASP.NET MVC.

Below the summary of the issue description and some workaround to fix it:

MVC 5.1 Tooling Support and Razor IntelliSense are Still Broken Even After Installing VS2013 Update 1 RC

MVC 5.1 tooling support and Razor IntelliSense are still broken even after installing VS2013 Update 1 RC.

try ctrl+B while cursor some where on the View()

Not the answer you're looking for? Browse other questions tagged asp.net-mvc resharper visual-studio-2013 or ask your own question.

858
File Upload ASP.NET MVC 3.0
187
How to make ReSharper re-evaluate its assembly reference highlighting
515
ReSharper "Cannot resolve symbol" even when project builds
380
OwinStartup not firing
0
resharper in visual studio 2013
9
Resharper vs2013 CTRL+Click not working
1
Resharper variable name completion not working
109
Can you turn off Peek Definition in Visual Studio 2013 and up?
0
Resharper not showing add action to razor view
6
VS 2017 mouse navigate backward stopped working with ReSharper