Problems converting from shape to topojson

I'm trying to convert a shapefile of mexican municipalities into a topojson and displaying it using d3.js using this tutorial http://bost.ocks.org/mike/map/#converting-data. I've managed to convert it but I can't manage to display it. Any help will be greatly appreciated.

This is my workflow so far:

2) Converting to JSON, reprojecting to lat-long and subsetting the shapefile

4) And creating the html code

If I run the html I just get a blank page. Any ideas about what I might be doing wrong?

The simplest option, if you aren’t particular about the projection, is to just use the projection provided by the shapefile (Lambert Conformal Conic). Use topojson’s --width and --height command-line flags to rescale the projected shapefile to a reasonable size. For example, if you want something 960px wide, you could say: 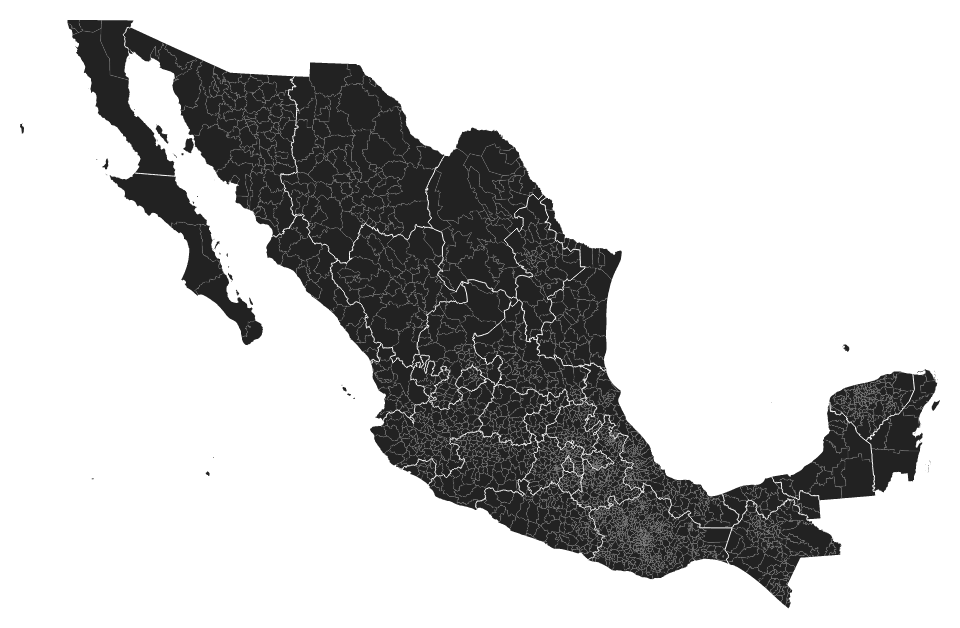 (Fiddle with the center and scale as you like to fit your desired viewport.) This alternative approach is demonstrated at bl.ocks.org/9265674: 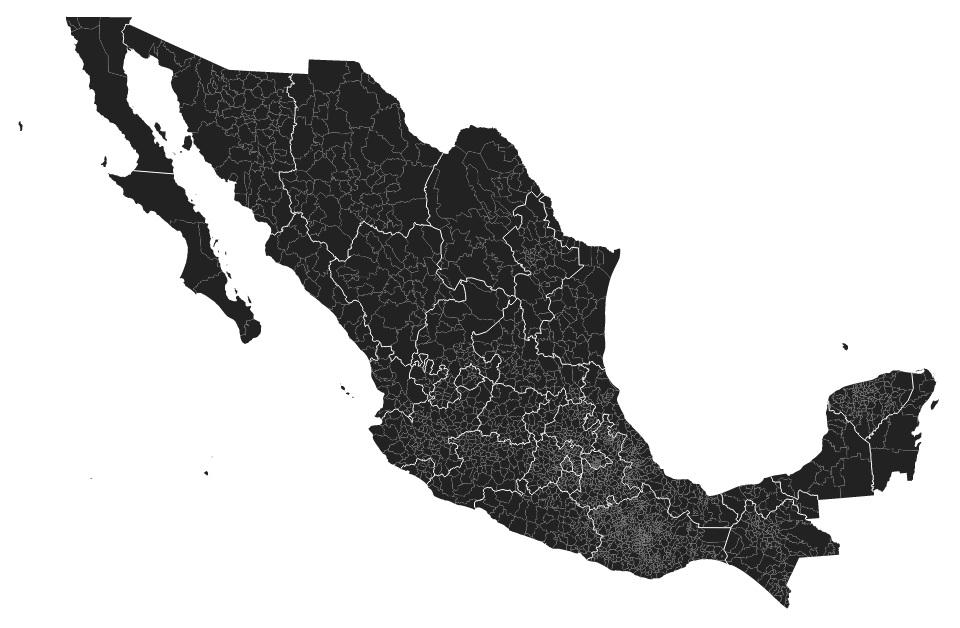 I generally prefer using projected coordinates (the first approach, above), as they are faster to render and simplification is more efficient. On the other hand, if you want to change the projection dynamically — admittedly unlikely with such a complex shapefile — then projecting in the browser is the way to go. And projecting in the browser is nice during development because it’s easier to change the parameters and reload.

Not the answer you're looking for? Browse other questions tagged d3.js geojson shapefile gdal topojson or ask your own question.