What is the difference between Sublime text and Github's Atom [closed]

Github announced Atom which is very similar to Sublime. Even some keyboard shortcuts like ⌘ + P, ⌘ + Shift + P etc. are same. 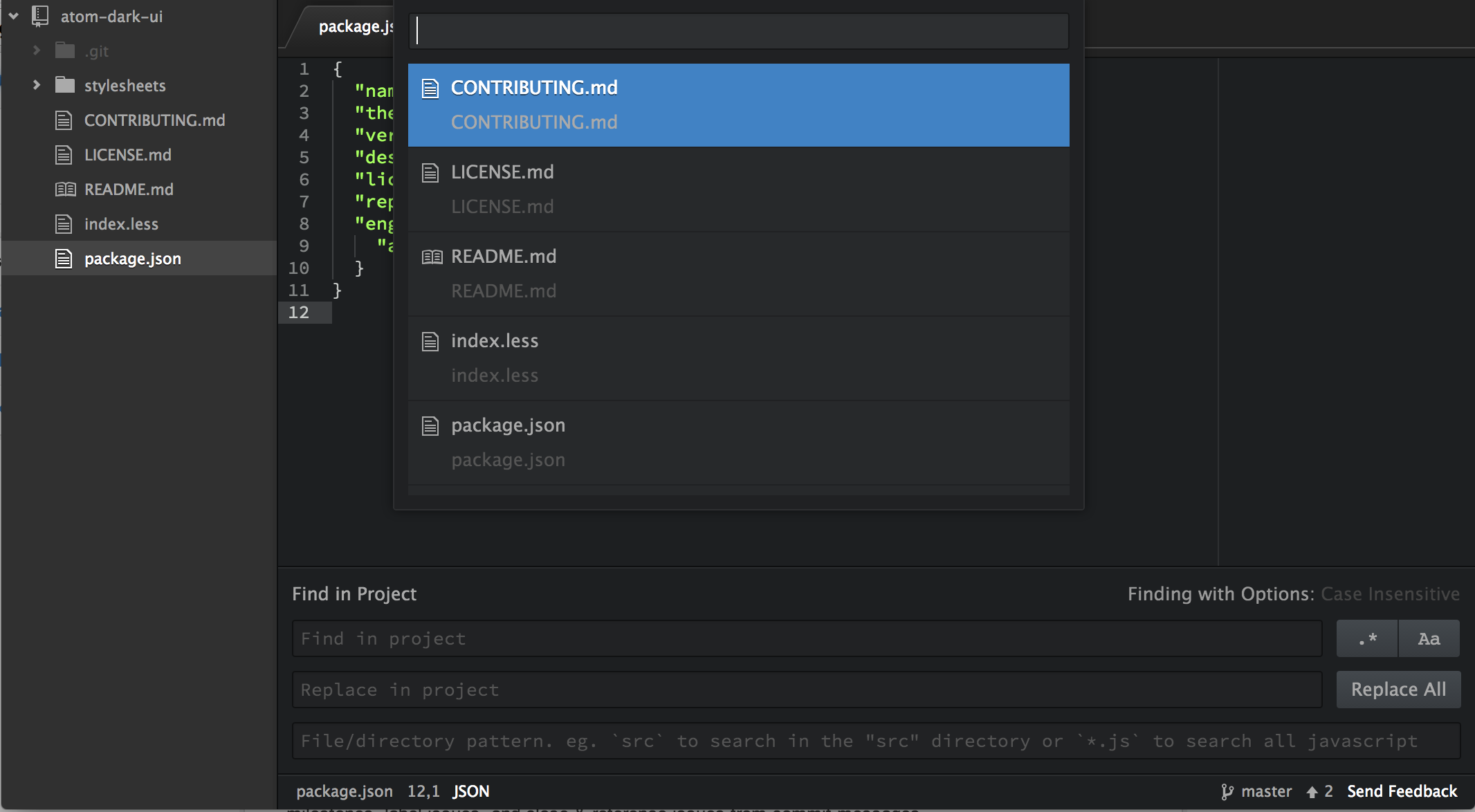 In addition to the points from prior answers, it's worth clarifying the differences between these two products from the perspective of choices made in their development.

Sublime is binary compiled for the platform. Its core is written in C/C++ and a number of its features are implemented in Python, which is also the language used for extending it. Atom is written in Node.js/Coffeescript and runs under webkit, with Coffeescript being the extension language. Though similar in UI and UX, Sublime performs significantly better than Atom especially in "heavy lifting" like working with large files, complex SnR or plugins that do heavy processing on files/buffers. Though I expect improvements in Atom as it matures, design & platform choices limit performance.

The "closed" part of Sublime includes the API and UI. Apart from skins/themes and colourisers, the API currently makes it difficult to modify other aspects of the UI. For example, Sublime plugins can't interact with the sidebar, control or draw on the editing area (except in some limited ways eg. in the gutter) or manipulate the statusbar beyond basic text. Atom's "closed" part is unknown at the moment, but I get the sense it's smaller. Atom has a richer API (though poorly documented at present) with the design goal of allowing greater control of its UI. Being closely coupled with webkit offers numerous capabilities for UI feature enhancements not presently possible with Sublime. However, Sublime's extensions perform closer to native, so those that perform compute-intensive, highly repetitive or complex text manipulations in large buffers are feasible in Sublime.

Since more of Atom will be open, Github open-sourced Atom on May 6th. As a result it's likely that support and pace of development will be rapid. By contrast, Sublime's development has slowed significantly of late - but it's not dead. In particular there are a number of bugs, many quite trivial, that haven't been fixed by the developer. None are showstopping imo, but if you want something in rapid development with regular bugfixing and enhancements, Sublime will frustrate. That said, installable Atom packages for Windows and Linux are yet to be released and activity on the codebase seems to have cooled in the weeks before and since the announcement, according to Github's stats.

In terms of IDE functions, from a webdev perspective Atom will allow extensions to the point of approaching products like Webstorm, though none have appeared yet. It remains to be seen how Atom will perform with such "heavy" extensions, since the editor natively feels sluggish. Due to restrictions in the API and lack of underlying webkit, Sublime won't allow this level of UI customisation although the developer may extend the API to support such features in future. Again, Sublime's underlying performance allows for things that involve computational grunt; ST3's symbol indexing being an example that performs well even with big projects. And though Atom's UI is certainly modelled upon Sublime, some refinements are noticeably missing, such as Sublime's learning panels and tab-complete popups which weight the defaults in accordance with those you most use.

I see these products as complementary. The fact that they share similar visuals and keystrokes just adds to the fact. There will be situations where the use of either has advantages. Presently, Sublime is a mature product with feature parity across all three platforms, and a rich set of plugins. Atom is the new kid whose features will rapidly grow; it doesn't feel production ready just yet and there are concerns in the area of performance.

A note about improvements to these two editors since the time of writing the above.

In addition to bugfixes and improvements to its core, Atom has experienced a rapid growth in third-party extensions, with autocomplete-plus becoming part of the standard Atom distribution. Extension quality varies widely and a particular irritation is the frequency by which unstable third party packages can crash the editor. Within the last year, Atom has moved to using React by way of shifting reflow/repaint activity to the GPU for performance reasons, significantly improving the responsiveness of the UI for typical editing actions (scrolling, cursor movement etc.). While this has markedly improved the feel of the editor, it still feels cumbersome for CPU intensive tasks as described above, and is still slow in startup. Apart from performance improvements, Atom feels significantly more stable across the board.

Development of Sublime has picked up again since Jan 2015, with bugfixes, some minor new features (tooltip API, build system improvements) and a major development in the form of a new yaml-based .sublime-syntax definition (to eventually replace the old xml .tmLanguage). Together with a custom regex engine which replaces Onigurama, the new system offers more potential for precise regex matching, is significantly faster (up to 4x) and can perform multiple matches in parallel. Apart from colouring syntax, Sublime uses these components for symbol indexing (goto definition etc.) and other language-aware features. In addition to further speeding up Sublime, particularly for large files, this feature should open up the potential for performant language-specific features such as code-refactoring etc.. Further 'big developments' are promised, though the author remains, as ever, tight lipped about them.

Atom is written using Node.js, CoffeeScript and LESS. It's then wrapped in a WebKit wrapper, which was originally only available for OSX, although there is now also a Windows version available. (Linux version has to be built from source, but there is a PPA for Ubuntu users.)

A lot of the architecture and features have been duplicated from Sublime Text because they're tried and tested. The plugin system works almost the same, but opens up a lot of new features and potential by exposing new APIs too.

I believe that the shortcuts remain mostly the same due to muscle memory – people will remember them and be able to instantly click with Atom.

The preferences can be controlled with a GUI rather than by editing JSON directly, which might lower the entry barrier towards getting people started with Atom. I myself find it difficult to navigate them all since there is no search feature in Preferences.

You can signup for an invite on the ##atom-invites IRC channel or signup to their website and add your email. The first round of invites came quickly.

Atom is open source (has been for a few hours by now), whereas Sublime Text is not.

Here are some differences between the two:

*Though APM is a separated tool, it's bundled and installed automatically with Atom

Atom has been created by Github and it includes "git awareness". That is a feature I like quite a lot:

Also it highlights the files in the git tree that have changed with different colours depending on their commit status:

I just got my beta invitation today and tried Atom right away. The GUI feels like Sublime, and yes, there some shortcuts adopted from Sublime.

Besides everything mentioned above, here are some differences I have noticed so far:

So the bottom line is Atom is a text editor built with web technology at beta stage. By contrast, Sublime has evolved through many different iterations. Atom is still missing a lot of packages that Sublime supports, so the question is will Atom catch up with Sublime or become some better? Github seems to be confident about the future of this text edit because of its popular underlying technologies, and Atom is probably going to be a good alternative to Sublime in the long run.

Another difference is that Sublime text is a closed source project, while Atom source code is/will be publicly available --although Github does not plan to release it as a real open source project. They want to give access to the code, without opening it to contributions.

Atom is still in beta (v0.123 as I'm writing this) but it's moving fast. Way faster than Sublime. New builds are released on a weekly basis, sometimes even few of them in the same week. In its short life span, it had more releases than Sublime which takes months to release a new feature or a bug fix. Here's an updated take on things looking back on the path Atom has taken since the launch of the beta:

I tried Atom and it looks really nice BUT there is one major problem (at least in v 0.84):

It doesn't support vertical select Alt+Drag - this is a must for every modern code editor.

One major difference is the support of "Indic Fonts" aka South Asian Scripts (including Southeast Asian languages such as Khmer, Lao, Myanmar and Thai). Also, there is much better support for East Asian languages (Chinese, Japanese, Korean). These are known bugs (actually the most highly rated bugs) that have been going on for years (thought it appears East Asian language support used to work better but have now become difficult to use):

I'm working in little extreme environment; edit files on remote filesystem (external network, surely) that is mounted on my Laptop thru ssh(aka. sshfs). Regardless why I'm doing like this, also though its cumbersome responsiveness, it's fairly edible when I'm using Sublime Text 2.

I tried on Atom after reading this post, but it turned out to be somewhat painful to me; Atom seems that it doesn't cache directory structure so efficiently. Every time I expand a folder on Tree View, the UI froze for a short time, 2~3 seconds, maybe fetching file system info. Yes, it's because I'm using remote filesystem. But Sublime handles this more efficient, at least it doesn't freeze every time I expand a folder, so less painful.

I think Atom is hell nice for free, and my story is trivial that might be enhanced someday, but it would be helpful to someone at this time.

Recently, I changed my laptop from Macbook Air 2010 late to Macbook Pro 13" 2013 late. It has likely 4 times faster CPU and much enhancements in performance. I want to mention my opinion is about in the case WHEN YOU MOUNT REMOTE FILE SYSTEM. (using OS X Mavericks, most recent version of Atom, FUSE 2.7.3 / OSXFUSE 2.6.4 / sshfs 2.5.0, and remote system is Ubuntu server) Eventually, UI freeze gets pretty shorter, but it is still there. Specifically, to open a folder with many folder/files in it and index it is requires certain amount of time. Also, if you expand a folder full of files, it just falters. (when collapsing the folder, it doesn't)

According to @EliDuenisch , it seems not happen on Linux Mint. I'm not sure but it might be from difference between OSes. Surely, if you work on local file system, you don't have to care about this issue at all.

One major difference that no one has pointed out so far and that might be important to some people is that (at least on Windows) Atom doesn't fully support other keyboard layouts than US. There is an bug report on that with a few hundred posts that has been open for more than a year now (https://github.com/atom/atom-keymap/issues/35).

-- because of poorly made caching system, in Atom loss of data occurs often when using big files.

It has been proven numerous times.

Not the answer you're looking for? Browse other questions tagged editor sublimetext2 sublimetext text-editor atom-editor or ask your own question.

36
In what programming language is Sublime Text 2 written