Eclipse ADT appcompat... what is it?

I've spent all afternoon getting absolutely nowhere with this. I've downloaded Eclipse, downloaded the SDK, installed the updates, but every new Android project I create something's wrong.

Firstly, it would not generate the R.java file, at all, now it does but there's a separate project it's created automatically called appcompat_v7. I don't know what this is, but it's causing problems with any other new project.

I have absolutely no idea how to fix this. What is causing this?

EDIT It appear this is only with KitKat, every other API platform doesn't produce ANY source files at all.... any idea how to combat this? 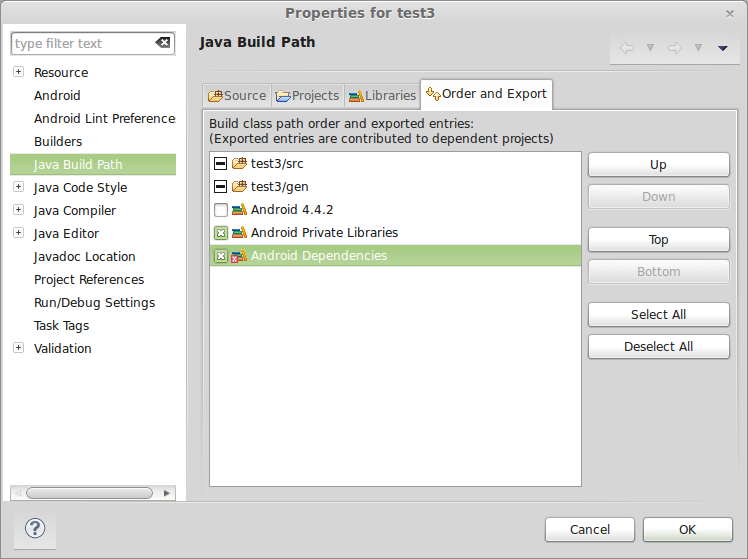 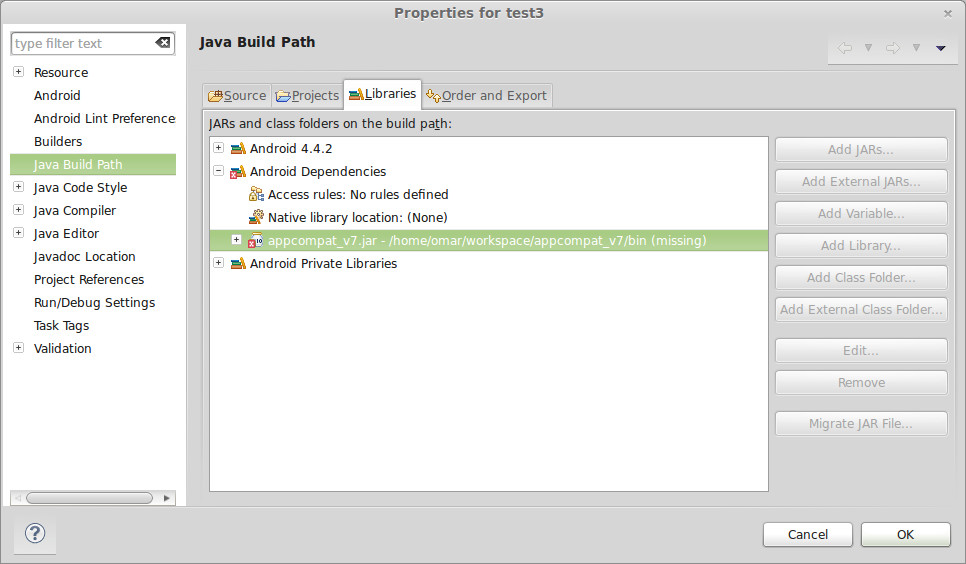 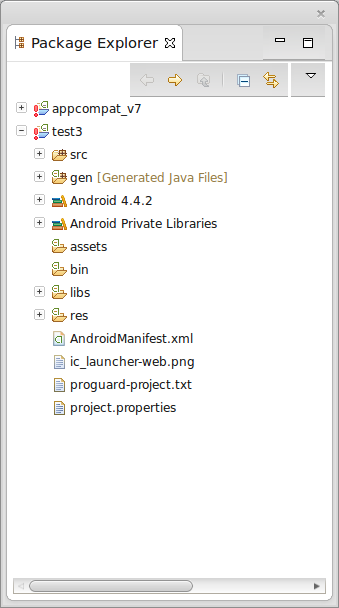 It's a support library which presumably your project refers to. You will need to build it as a library project in your workspace. This process is described here Support Library Setup under Adding libraries with resources.

You will find the project you need to copy in your SDK in the folder:

(It's no use just copying a jar, you must build it as a library project.)

I had this problem when I moved a project to a different laptop. I solved it like this:

Now that the library project is available in your workspace, it can be added to a project: Choose your project from the Project Explorer and open the project properties (on a mac it’s in the Project menu) Click on Android in the left list Next to the Library list, click the Add button Choose appcompat_v7 from the list

You should be good to go now.

Not the answer you're looking for? Browse other questions tagged java android eclipse build android-appcompat or ask your own question.

0
How to fix errors when adding support library v7 appcompat in eclipse in ubuntu?
0
Getting errors on eclipse because of appcompat_v7 (I think), missing R file in every project. How to fix this?
1
How to fix this Build Path Error?

4100
What are the differences between a HashMap and a Hashtable in Java?
3454
What is the difference between public, protected, package-private and private in Java?
3249
What is a serialVersionUID and why should I use it?
1298
How can you speed up Eclipse?
1288
'Must Override a Superclass Method' Errors after importing a project into Eclipse
6164
What is the difference between "px", "dip", "dp" and "sp"?
1962
"Debug certificate expired" error in Eclipse Android plugins
2153
What is 'Context' on Android?
1182
Which @NotNull Java annotation should I use?
1016
Can't start Eclipse - Java was started but returned exit code=13