Dont understand for each loop with two dimensional array

Got this example from my book:

I understand everything until it comes to this loop:

Why we had to make this loop ? : for(int y:x) Thats the part which confuse me a lot, i know how to do basic for each loop with basic array, but this confuse me a lot when i use two dimensional array..

Ok, so consider this code:

Now, on the first line, you see some odd syntax. The int x[] is saying the same things as int[] x. (All it is, is a different way of saying the same thing.) Basically, you're declaring an array. Now the foreach loop takes each element in the array you specify after the :, or numbers, and places it into the variable you declared before the :, or x.

Now, the best way to understand this code is to understand how 2D arrays work. They aren't some new special thing, all a 2D array is, is an array of arrays. Instead of each element being a value, like in a traditional array, each element is a whole other array, with it's own set of values. So let's look at the top line of code again.

The top line of code can be translated to english as follows: "For each of the elements in x, place it's value in y and run the code below." So, it does just that. The code runs through the first iteration and retrieves the first element in x, which is an int. Then, it runs the code:

Of course, that prints out the value it retrieved. Then, the inner for loop keeps going through the array x until it has reached the end. At this point, just like any other for loop, it exits.

Now, remember that you are still only on the first iteration of the for(int x[] : numbers) loop. So now that all the code inside has run, it retrieves the next element in numbers, or the next array. (Because numbers is an array of arrays) It runs the code below again, repeating until it has run the code for every element (or array) in numbers.

Hope that helps. Feel free to ask me questions in the comments.

For your questions in the comments, let's look at this graphically. 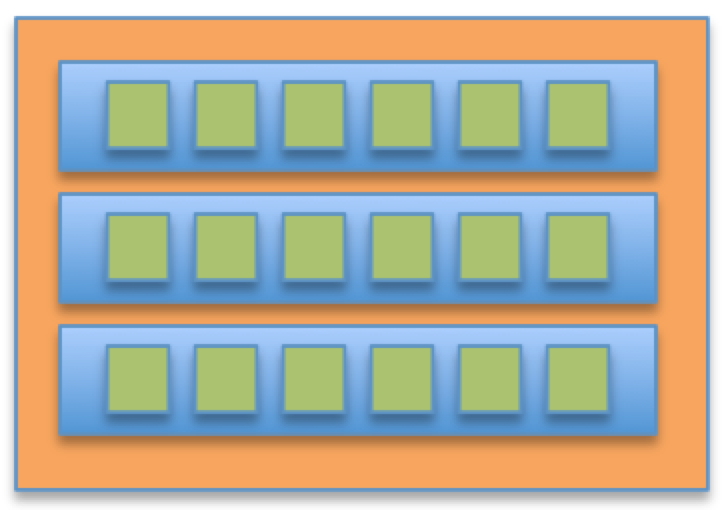 Does that make more sense?

First, we are going to rename numbers to grid, x to row, and y to cell. Let's break it down.

The inner loop, for (int y : x), rewritten as for (int cell : row) is iterating over all of the values of row, which is an int[], and setting cell equal to each value. The first time the outer then inner loops run, row is equal to grid[0] and cell is equal to row[0], or grid[0][0]. This continues until every value in grid has been used.

A 2-dimensional array is actually an array of (1-dimensional) arrays. Each row or column (depending on how you think of your 2D array) in an int[][] is a int[] and each item in there is a simple int.

With some (hopefully) less confusing names, your code becomes

The first loop describes the index of the first array (length == 3), in which again there are arrays with length == 5. The second loop is to walk through your numbers array and print out every single value in a new line.

Or, to rewrite the first part of your example: