Why can't I reference my class library?

I have a solution that contains a website and a class library in Visual Studio 2008.

I then have another web site project outside of the solution that needs to reference the class library. I right click the Bin folder or Project and select Add Reference, then select my Class Library Project, it adds the 15 or so DLLs that the class library needs to the websites bin folder, but none of the .cs files recognize the using statements.

It says that it can't resolve it, and ReSharper just says it can be safely removed since it's not being used.

ReSharper can recognize that it needs the reference and suggests that it "Reference MyLibrary and use MyFolder". I'm not sure why it's suggesting I add a reference I already have. When I go with the suggestion, I get the error

I've tried going to the websites property pages and removing all the references and re-adding them, but it gives the same errors. Any ideas why this isn't working?

Also, check that the new solution's projects run against a compatible framework to the project you're trying to include. I was trying to include a reference to a 4.0 project in a 3.5 project.

I found how to fix this issue (for me at least). Why it worked, I'm not sure, but it did. (I just tried against a second website that was having the same problem and the following solution worked for that as well).

I tried the normal cleaning of the projects and rebuilding, shutting down all my Visual Studio instances and restarting them, even tried restarting my computer.

What actually worked was opening up the project in Visual Studio, closing all the open tabs, and then shutting it down.

Before I had left the tabs open because I didn't think it mattered (and I hardly ever close the tabs I'm using).

One possibility is that the target .NET Framework version of the class library is higher than that of the project.

I had a similar problem, will all my references being buggered up by Resharper - The solution which worked for me is to clear the Resharper Cache and then restarting VS

I had a similar problems where VS would sometimes build and sometimes not. After some searching and attempts I discovered that I had an ambiguous reference to a class with the same name in different libraries ('FileManager'). The project that would not build were my Unit Tests that reference all modules in my solution. Enforcing the reference to a specific module sorted things out for me.

My point is: Rather than blaming ReSharper or VS, it may be a good idea to double check if there really isn't some kind of circular reference somehow. More than often, classes with the same names in different modules could cause confusion and is often a symptom of bad design (like in my case).

According to one user in the thread forcing a build fixes the issue (CTRL+Shift+B) after the first build..

Sounds like an issue with ReSharper specifically in their case.. Have you tried building regardless of the warnings and possible false errors?

After confirming the same version of asp.net was being used. I removed the project. cleaned the solution and re-added the project. this is what worked for me.

If you're referencing assemblies for projects that are in the same solution, add a Project reference (using the "Projects" tab) rather than browsing for the dll in the \bin\Debug (or \bin\Release) folder (using the "Browse" tab). See screen shot below. Only browse for the assembly/dll file if it's considered an external assembly.

I deleted *.csproj.user ( resharper file) of my project, then, close all tabs and reopen it. After that I was able to compile my project and there was no resharper warnings.

I had this problem. It took me ages to figure out. I had people over my shoulder to help. We rebuilt, cleaned and restarted Visual studio and this didn't fix it. We removed and re-added the references...

The solution to my problem was that my class declaration was spelt incorrectly.

Before you start judging me harshly, allow me to explain why it wasn't stupid, and also why this mistake could be made by even the most intelligent of programmers.

Since the mistake was early on in the name, it wasn't appearing in the intellisense class listing when I began typing.

At a glance and in a small font, Massage looks identical to Message.

Typing M listed too many classes, so I typed e, which didn't appear in the mistyped version, which gave the impression that the class wasn't being picked up by the compiler.

I had a similar issue in VS 2010, when creating a test project for an MVC 2 application. The symptoms were identical.

The message from ReSharper was somewhat misleading. For a moment I completely ignored ReSharper and did it the "manual VS way":

At this stage I got a compilation error: I should have referenced the System.Web.Mvc assembly in my test project (sigh). Adding this reference causes the project to compile. The ReSharper issues remain, but the ReSharper test runner works.

When I restart VS, the ReSharper errors are gone too. I'm not sure if the restart is required - simply closing the .cs file might be enough.

From now on, when I see the ReSharper message

Another possible fix that just worked for me:

Apparently, VS will not recognize a reference to an external assembly in a project that is a dependency of another project that already references the external. By setting up the references again from the ground up, you overcome this. It's just very odd.

If using TFS, performing a Get latest (recursive) doesn't always work. Instead, I force a get latest by clicking Source control => Get specific version then clicking both boxes. This tends to work. 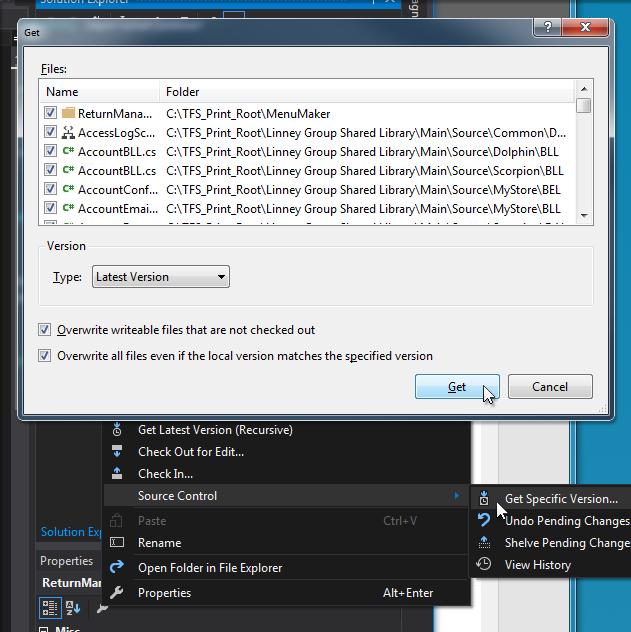 If it still doesn't work then deleting the suo file (usually found in the same place as the solution) forces visual studio to get all the files from the source (and subsequently rebuild the suo file).

If that doesn't work then try closing all your open files and closing Visual studio. When you next open Visual studio it should be fixed. There is a resharper bug that is resolved this way.

I had stumbled upon a similar issue recently. I am working in Visual Studio 2015 with Resharper Ultimate 2016.1.2. I was trying to add a new class to my code base while trying to reference a class from another assembly but Resharper would throw an error for that package.

With some help of a co-worker, I figured out that the referenced class existed in the global namespace and wasn't accessible from the new class since it was hidden by another entity of same name that existed in current namespace.

Adding a 'global::' keyword before the required namespace helped me to reference the class I was actually looking for. More details on this can be found on the page listed below:

If both projects are contained within the same solution, it will be more apropiate if you add the reference for the project you need, not its compiled dll.

I had the exact same problem.

I tried closing Visual Studio numerous times, I tried deleting and adding a new class library.Checked if I had the right version, if I had referenced it in the target project. Nothing worked.

Then I thought maybe, just maybe I cannot reference the library because it was empty... and that was it.

As soon as I added a class to it the problem was fixed. So if you have tried everything and you are close to losing your sanity. Just try adding something to the class library. 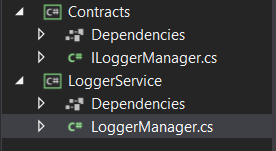 I tried various solutions for this issue. An old WebForms application refused to acknowledge the existence of a library even though a reference existed.

Oddly, what worked was to add and reference the class library in Visual Studio 2022, safe the project, then reopen in an earlier version of Visual Studio.

I had similar issue. What worked for me is that I had added wrong Class Library from visual studio. I added by using the search feature of visual studio.

What I needed to do was Add New Project > Visual C# > Class Library. And this newly added class library is the right one and can now be added as reference to any project.

You may forget to add reference the class library which you needed to import.

Not the answer you're looking for? Browse other questions tagged c# visual-studio-2008 resharper reference or ask your own question.

3714
What are the differences between a pointer variable and a reference variable in C++?
849
The located assembly's manifest definition does not match the assembly reference
3101
How do I pass a variable by reference?
293
MSBuild doesn't copy references (DLL files) if using project dependencies in solution
1915
How do I remedy "The breakpoint will not currently be hit. No symbols have been loaded for this document." warning?
3085
How do I clone a list so that it doesn't change unexpectedly after assignment?
527
ReSharper "Cannot resolve symbol" even when project builds
226
Dependent DLL is not getting copied to the build output folder in Visual Studio
1623
Why not inherit from List<T>?