Bash script to set up a temporary SSH tunnel

On Cygwin, I want a Bash script to:

The shutdown part has me perplexed.

Currently, I have a lame solution. In one shell I run the following to create a tunnel:

Then, in another shell window, I do my work:

Finally, when I am done, I close the first shell window to kill the tunnel.

How do I keep track of the tunnel process, so I know which one to kill?

You can do this cleanly with an ssh 'control socket'. To talk to an already-running SSH process and get it's pid, kill it etc. Use the 'control socket' (-M for master and -S for socket) as follows:

Note that my-ctrl-socket will be an actual file that is created.

You can tell SSH to background itself with the -f option but you won't get the PID with $!. Also instead of having your script sleep an arbitrary amount of time before you use the tunnel, you can use -o ExitOnForwardFailure=yes with -f and SSH will wait for all remote port forwards to be successfully established before placing itself in the background. You can grep the output of ps to get the PID. For example you can use

and be pretty sure you're getting the desired PID

I prefer to launch a new shell for separate tasks and I often use the following command combination:

These commands create a nested shell where I can do all my work; when I'm finished I hit CTRL-D and the parent shell cleans up and exits as well. You could easily throw bash; into your ssh tunnel script just before the kill part so that when you log out of the nested shell your tunnel will be closed:

You could launch the ssh with a & a the end, to put it in the background and grab its id when doing. Then you just have to do a kill of that id when you're done.

A simple bash script to solve your problem.

I use the combination (% g-% p) of the remmina group name and connection name to be my TUNNELNAME (this needs to be unique, it will see the socket name) 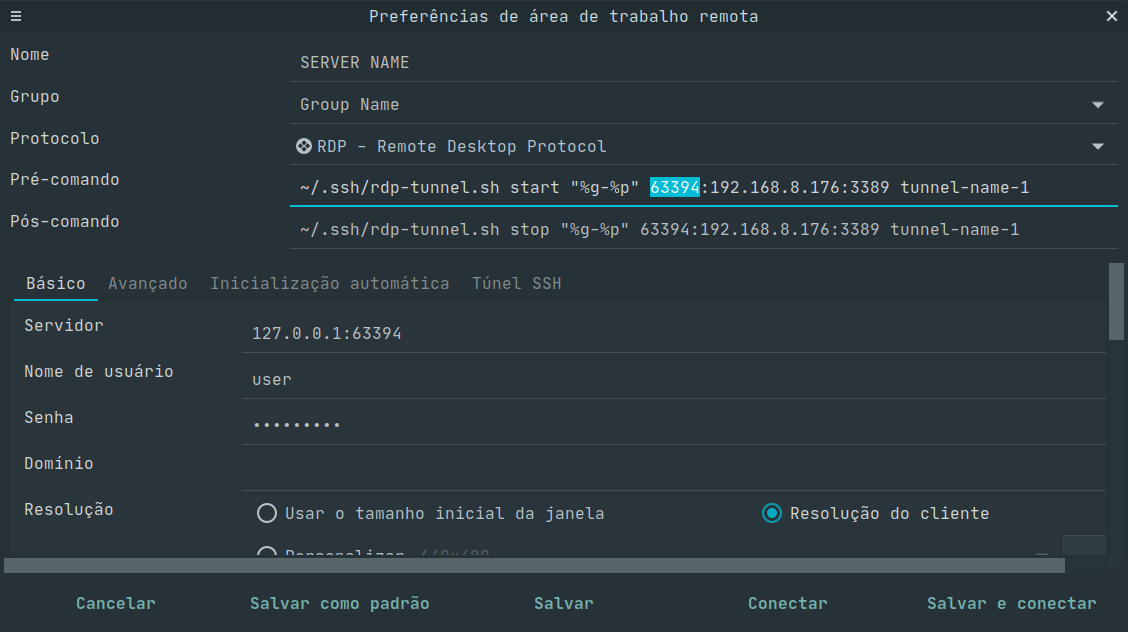 you can and should use this script to access anything, I use it constantly to access systems and services that do not have a public ip going through 1,2,3,4,5 or more ssh proxies

Not the answer you're looking for? Browse other questions tagged bash ssh or ask your own question.

37
How to run docker-compose on remote host?
3
SSH tunnel for duration of PHPUnit test
1
Why doesn't ssh exit upon remote forward failure?

4141
How can I check if a directory exists in a Bash shell script?
5723
How can I get the source directory of a Bash script from within the script itself?
3177
How to check if a string contains a substring in Bash
2754
How can I check if a program exists from a Bash script?
3747
How do I tell if a regular file does not exist in Bash?
2537
Extract filename and extension in Bash
2117
How to check if a variable is set in Bash
3252
How to concatenate string variables in Bash
3111
Echo newline in Bash prints literal \n
2690
ssh "permissions are too open" error