I am currently working on a project which we have a set of photos of trucks going by a camera. I need to detect what type of truck it is (how many wheels it has). So I am using EMGU to try to detect this.

Problem I have is I cannot seem to be able to detect the wheels using EMGU's HoughCircle detection, it doesn't detect all the wheels and will also detect random circles in the foliage.

So I don't know what I should try next, I tried implementing SURF algo to match wheels between them but this does not seem to work either since they aren't exactly the same, is there a way I could implement a "loose" SURF algo?

This is what I start with.

This is what I get after the Hough Circle detection. Many erroneous detections, has some are not even close to having a circle and the back wheels are detected as a single one for some reason. Would it be possible to either confirm that the detected circle are actually wheels using SURF and matching them between themselves? I am a bit lost on what I should do next, any help would be greatly appreciated.

(sorry for the bad English)

Here is what i did. I used blob tracking to be able to find the blob in my set of photos. With this I effectively can locate the moving truck. Then i split the rectangle of the blob in two and take the lower half from there i know i get the zone that should contain the wheels which greatly increases the detection. I will then run a light intensity loose check on the wheels i get. Since they are in general more black i should get a decently low value for those and can discard anything that is too white, 180/255 and up. I also know that my circles radius cannot be greater than half the detection zone divided by half. 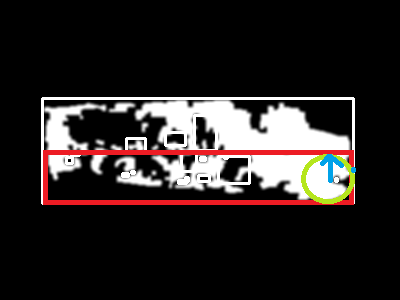 In this answer I describe an approach that was tested successfully with the following images: 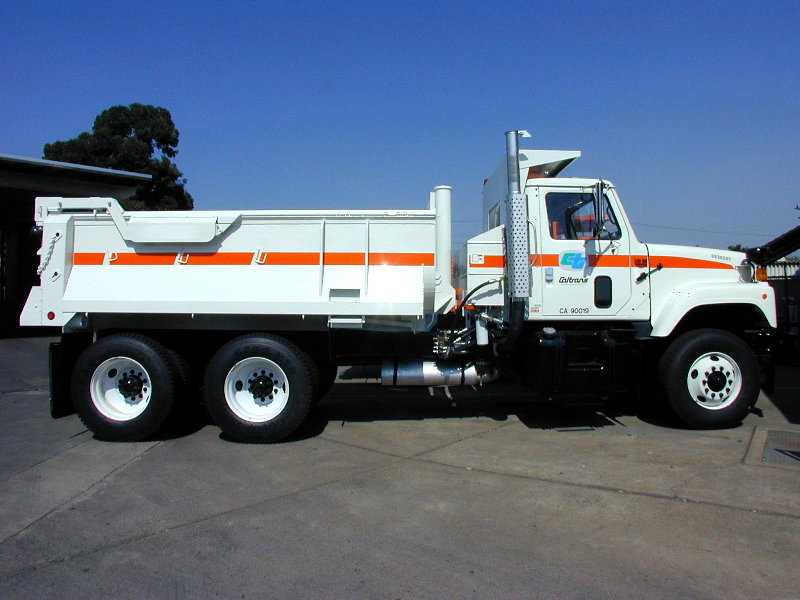 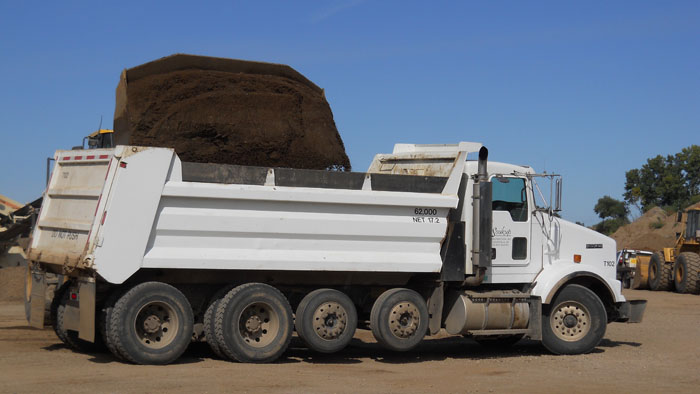 The image processing pipeline begins by either downsampling the input image, or performing a color reduction operation to decrease the amount data (colors) in the image. This creates smaller groups of pixels to work with. I chose to downsample: 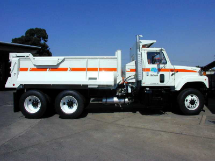 The 2nd stage of the pipeline performs a gaussian blur in order to smooth/blur the images: 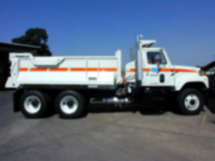 Next, the images are ready to be thresholded, i.e binarized: 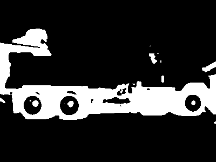 The 4th stage requires executing Hough Circles on the binarized image to locate the wheels:

The final stage of the pipeline would be to draw the circles that were found over the original image: 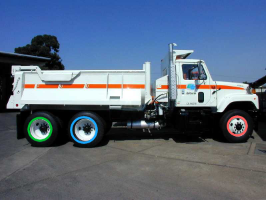 This approach is not a robust solution. It's meant only to inspire you to continue your search for answers.

First, the wheels projections are ellipses and not circles. Second, some background gradient can easily produce circle-like object so there should be no surprise here. The problem with ellipses of course is that they have 5 DOF and not 3DOF as circles. Note thatfive dimensional Hough space becomes impractical. Some generalized Hough transforms can probably solve ellipse problem at the expense of a lot of additional false alarm (FA) circles. To counter FA you have to verify that they really are wheels that belong to a truck and nothing else.

You probably need to start with specifying your problem in terms of objects and backgrounds rather than wheel detection. This is important since objects would create a visual context to detect wheels and background analysis will show how easy would it be to segment a truck (object) on the first place. If camera is static one can use motion to detect background. If background is relatively uniform a gaussian mixture models of its colors may help to eliminate much of it.

and the C# implementation: https://github.com/dajuric/accord-net-extensions

(take a look at samples)

This algorithm can achieve real-time performance by using more than 2000 templates (20-30 fps) - so you can cover ellipse (projection) and circle shape cases. You can modify hand tracking sample (FastTemplateMatchingDemo)

by putting your own binary templates (make them in Paint :-))

P.S: To suppress false-positives some kind of tracking is also incorporated. The link to the library that I have posted also contains some tracking algortihms like: Discrete Kalman Filter and Particle Filter all with samples!

This library is still under development so there is possibility that something will not work. Please do not hesitate sending me a message.

Not the answer you're looking for? Browse other questions tagged c# opencv image-processing emgucv surf or ask your own question.

27
How to reduce the number of colors in an image with OpenCV?
6
How to remove false detections?
3
Find coins on image
0
How do I binarize a CGImage using OpenCV on iOS?
1
Find image within image (object detection)