regex for accepting only persian characters

I'm working on a form which one of it's custom validator should only accept persian characters...I used the following code:

but it seems it only work for checking arabic characters and it doesn't cover all persian characters (it lacks these four گ,چ,پ,ژ )... is there a way for solving this problem?

Farsi MUST used character sets are as following:

or a combination of those together. You may want to add other Arabic letters like Hamza ء to your character set additionally. 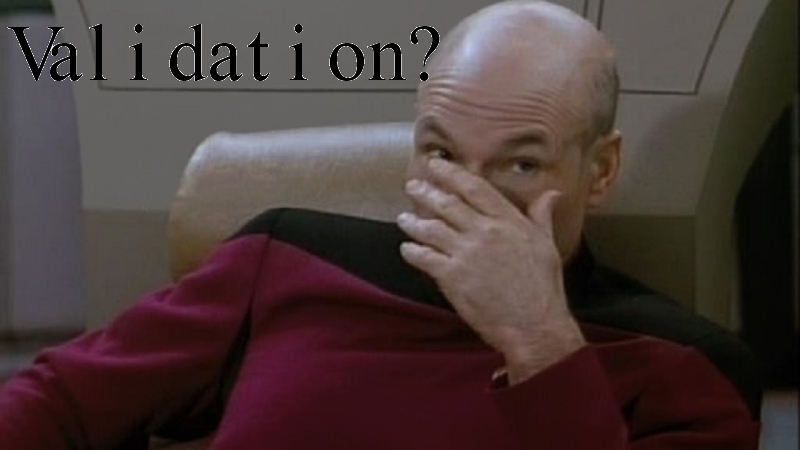 This answer exists to fix a common misconception. Codepoints 0600 through 06FF do not denote Persian / Farsi alphabet (neither does [آ-ی]):

255 characters are fallen under Arabic block (0600–06FF), Farsi alphabet has 32 letters that in addition to Farsi demonstration of digits it would be 42. If we add vowels (Arabic vowels originally, that rarely used in Farsi) without Tanvin (ً, ٍِ ‬, ٌ ‬) and Tashdid (ّ ‬) that are both a subset of Arabic diacritics not Farsi, we would end up with 46 characters. This means \u0600-\u06FF contains 209 more characters than you need!

The shapes of the Persian digits four (۴), five (۵), and six (۶) are different from the shapes used in Arabic and the other numbers have different codepoints.

You can see different number of other characters that doesn't exist in Farsi / Persian too and nobody is willing to have them while validating a first name or surname.

[آ-ی] includes 117 characters too which is much more than what someone needs for validation. You can see them all using Unicode CLDR.

What you currently have in your regex is a standard Arabic symbols range. For additional characters your need to add them to the regex separately. Here are their codes:

So all in all you should have

In addition to the accepted answer(https://stackoverflow.com/a/22565376/790811), we should consider Zero-width_non-joiner (or نیم فاصله in persian) characters too. Unfortunately we have 2 symbols for it. One is standard and the other is not standard but widely used :

So the final regix can be :

If you want to consider "space", you can use this :

you can test it JavaScript by this :

attention: persianRex is written in Javascript however you can use the source code and copy paste the characters

Detecting Persian characters is a tricky task due to veraiety of keyboard layouts and operating systems. I faced the same challenge sometime before and I decided to write an open source library to fix this issue.

you can fix your issue like this: persianRex.text.test(yourInput); //returns true or false

here is the full documentation: http://imanmh.github.io/persianRex/

Farsi, Dari and Tajik are out of my bailiwick, but a little rummaging through the Unicode code charts tells me that Arabic covers 5 Unicode code blocks:

You can get at them (at least some of them) in regular expressions using named blocks instead of explicit code point ranges: \p{IsArabicPresentationForms-A} will give you the 4th Unicode block in the preceding list.

You might also read Persian Computing in Unicode: http://behdad.org/download/Publications/persiancomputing/a007.pdf

The presentation forms (u+FB50-u+FDFF) should not be used in text, and should be converted to the standard range (u+0600-u+06FF).

In order to only cover Persian we need the following:

So, the resulting regexp would be:

I'm not sure if regex is the way to do this, however the problem is not specific to only persian or arabic, chinees, russian text. so perhaps you could see if the character is existing in your Codepage, if not in the code page then I doubt the user can insert them using a input device....

The test tests a round trip where input should match the string to bytes and back. The link shows those code pages supported.

Not the answer you're looking for? Browse other questions tagged c# asp.net regex unicode or ask your own question.

31
Dedicated Regular Expression for Persian alphabet
2
Using regex in php to just select and echo out persian chars
5
How filter input for Farsi character?
1
How to check persian character format in regex
3
Regular expression when arabic Alphabet is included Python?
0
Regex for Persian with numbers and words
2
what is regexp for persian character in java?
0
How to find all persian words in Visual Studio Code
32
Regex for check the input string is just in persian language
9
How to determine a string is english or persian?
see more linked questions…

1356
RegEx match open tags except XHTML self-contained tags
1221
What characters can be used for up/down triangle (arrow without stem) for display in HTML?
1249
UnicodeEncodeError: 'ascii' codec can't encode character u'\xa0' in position 20: ordinal not in range(128)
32
Regex for check the input string is just in persian language
133
Concrete Javascript Regex for Accented Characters (Diacritics)
1328
Why not inherit from List<T>?
1338
Why is executing Java code in comments with certain Unicode characters allowed?
1
Regex for English and Arabic combined