How to render thin fonts more smoothly in CSS 3 on Windows?

When I've designed my web site in Adobe Flash Pro CS6, the font looks like this:

The font looks smooth and slightly thicker, and when I create HTML and CSS to render the font in a browser, it appears like these, respectively in IE, Firefox, and Chrome. 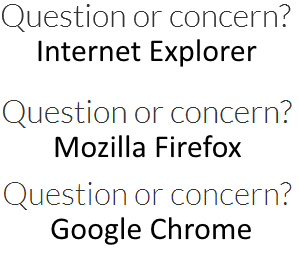 It appears thinner and pixelated in some areas. I've seen much smoother font rendering on OS X. How can I make the font appear smoother in these browsers? I'm assuming this is a problem with ClearType, which looks hideous with thin fonts like this one.

Here is the code I'm using to test, so answers can be tested before being posted:

You are never going to get sites to look the same in different browsers or operating systems, they are using different technologies etc etc.

This is something you shouldn't really care about. People who use IE are not going to switch to Firefox or Chrome or vice versa. They are used to the way fonts look and are not going to notice.

Browsers inconsistencies is a thing front end developers have to live with (sadly). Its great if they all look the same but that's not going to happen

Things you can try, you will probably need different fixes for different browsers.:

Edit 1: DirectWrite is now on chrome for windows which will improve the rendering.

Another thing you can try is use system fonts for improved UX.

I find that in Google Chrome you can add -webkit-text-stoke to improve the appearance of fonts.

text-rendering: optimizeLegibility applies kerning to the font, wich can improve readability, but only if the resolution of the display and font-size is high enough. It doesn't make the font any bolder if it was too thin before.

The problem here could be font-families that have one or more faces that are lighter than normal (font-weight:400) – like Googles Lato.

I made the observation that most Windows browsers and Chrome OSX use font-weight:100 if you specify anything lighter than 400 – (or normal, regular). Changing the font-weight: to 200 or 300 doesn't render any different, although the inspector tools insist the machine is displaying e.g. font-weight:200. Which it isn't.

Removing the lighter weights (100 in my case) solves the problem, and lets me at least use font-weight:200, respectively. Rendering isn't absolutely identical across browsers but similar at least.

This of course doesn't solve the actual problem not being able to access light font weights as specified.

There's no single fix for this, as far as I'm aware. It's multiple fixes implemented to suit each browser, except IE. Give these a shot:

For Chrome, and any other browser using webkit:

Place that in your html CSS, or for whatever elements you see fit. You can also add this along with the above:

Experiment with different alpha values, but you should keep the shadow sizes as they are.

I'm unaware of anything else you can do, but this should address the biggest problem with Chrome at the very least (plus other webkit browsers).

I use this on all sites and it covers most issues with font rendering.

I think this is more a Windows problem than a browser problem. The same browsers render the same fonts much more smoothly on other operating systems such as Linux or Mac.

In Chrome, and by extension any webkit browser, you can use the following code to smooth your fonts:

Typically, I find that this doesn't do a whole lot. I think we'll just have to wait for Microsoft to do something about it.

I ran into a similar issue recently, same font family and size looked differently on Chrome, safari and Firefox. The chrome and firefox look especially thicker. This might not be the best way but worked for me

Also, its worth a while to checkout different rendering engines. CSS What are -moz- and -webkit-?

You may be able to fix this using the css property text-rendering.

You would probably want to use text-rendering:optimizeLegibilty.

Im going to prefix this with its a hack and i dont like it, but it works

It's late but did you ever try hint the font files? Go transfonter site and upload your font files. Then the options area check the auto hint option.

Not the answer you're looking for? Browse other questions tagged html css fonts rendering or ask your own question.

174
What are -moz- and -webkit-?
60
How to apply font anti-alias effects in CSS?
10
Force the browser to use Faux italic (oblique) and not the real italic
0
How to turn off red-blue outlines (like chromatic aberration) on a font?
0
Pixelated icons in Edge and IE