Counting the squama of lizards

A biologist friend of mine asked me if I could help him make a program to count the squama (is this the right translation?) of lizards.

He sent me some images and I tried some things on Matlab. For some images it's much harder than other, for example when there are darker(black) regions. At least with my method. I'm sure I can get some useful help here. How should I improve this? Have I taken the right approach?

These are some of the images. 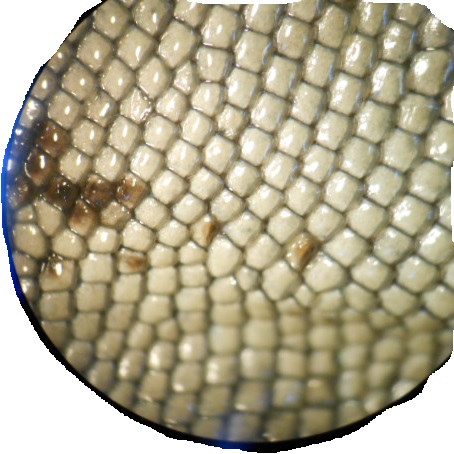 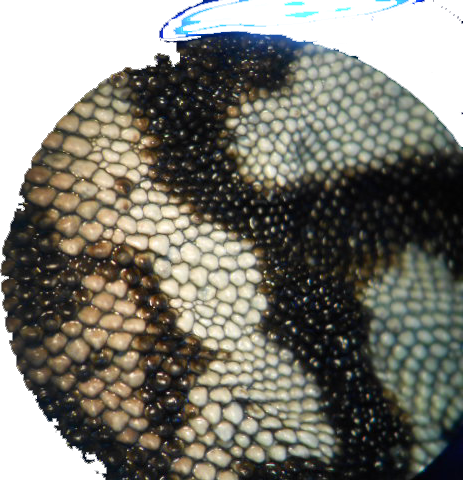 I got the best results by following Image Processing and Counting using MATLAB. It's basically turning the image into Black and white and then threshold it. But I did add a bit of erosion.

And these are some of the results. One the top-left corner you can see how many were counted.

Also, I think it's useful to have the counted elements marked in green so at least the user can know which ones have to be counted manually.

There is one route you should consider: watershed segmentation. Here is a quick and dirty example with your first image (it assumes you have the IP toolbox):

Result shown with a colormap: 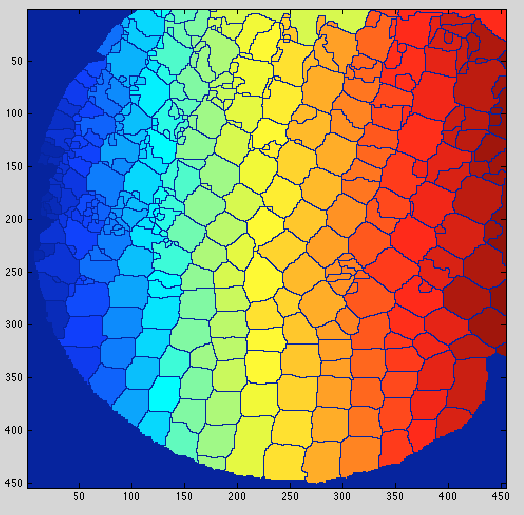 You can then count the cells as follows:

One of the advantages is that it can be directly fed to regionprops and give you all the nice details about the individual 'squama':

Which you could use to monitor over/under segmentation: 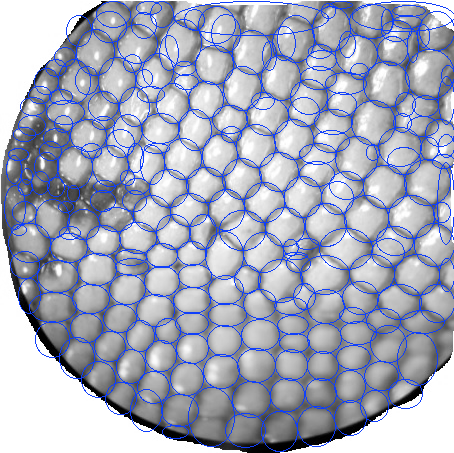 Note: special thanks to @jucestain for helping with the proper access to the fields in the r structure here

Not the answer you're looking for? Browse other questions tagged algorithm matlab image-processing image-segmentation mathematical-morphology or ask your own question.

3
How can I use bwlabel or regionprops to extract set of pixels of each label?
1
Matlab create window on image
1
Proper way of accessing field of a 1xn stuct

898
How to count the number of set bits in a 32-bit integer?
1
Find and crop defined image areas automatically
1
Customizing colormap for Matlab
1
Matlab figures: thick (1pt) lines are thinned near the border.
0
Masking an RGB Image with Binary Mask
4
MATLAB to C-code
2
Is there any regularity-detection tool for regions inside an image?
3
Accurately detect color regions in an image using K-means clustering
1
Image segmentation algorithm in MATLAB