Update: I tried @user2258766 suggestion on miniconda. It was initially very promising. But, when I have installed scipy numpy matplotlib sympy, the miniconda folder size quickly grows to 1G. 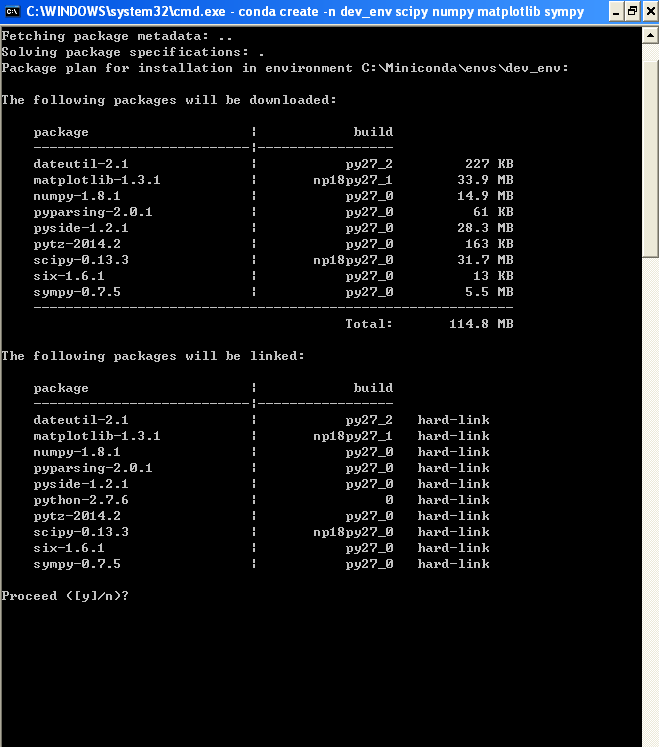 Does this mean that the minimal size of the installation is 1G if I want to use the 4 packages I mentioned. Why they are so large? Is it still possible to shrink the installation size further? 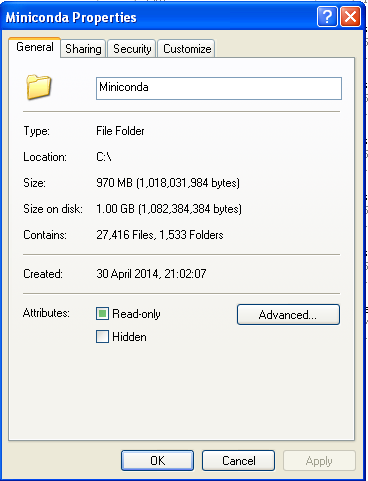 But it installs so many un-relevant packages for me.

Is there a smallest distribution I can use?

I only want Scipy, Sympy, Numpy, and Maplotlib, not others.

Another relevant questions is, why there are so many dependencies between these Python packages?

I was programming in Java, and now feel a little bit uncomfortable to see these Python packages (Scipy e.g.) are so tightly relatively to so many other packages. Why is that the case? A reasonable explanation could possible make more comfortable to start coding in Python.

I am using Windows. Thanks. I was using Java and am new to Python.

I'd suggest downloading miniconda: http://conda.pydata.org/miniconda.html#miniconda. Miniconda has a small footprint -- only python and conda are installed. Conda is a universal package manager for Python available on all OSes. You can now run the following:

The above will create a contained environment (named dev_env) with only the packages listed in the command. For more information on conda: http://conda.pydata.org/

Use these commands to reduce the install size of Python libraries, by removing unnecessary downloaded package files:

This site has windows installers for all the packages you mentioned:

Not the answer you're looking for? Browse other questions tagged python matplotlib scipy or ask your own question.

552
Removing pip's cache?
17
How to reduce the number of files in the anaconda directory?

2088
Is there a way to run Python on Android?
3113
What is the difference between Python's list methods append and extend?
2578
How do you change the size of figures drawn with Matplotlib?
3322
How to get the current time in Python
2921
“Least Astonishment” and the Mutable Default Argument
3095
What is the difference between __str__ and __repr__?
1434
What is the Python 3 equivalent of “python -m SimpleHTTPServer”
14
Install “scientific python” environment: OS X 10.7 + Numpy + Scipy + Matplotlib
711
How do I set the figure title and axes labels font size in Matplotlib?
6
How to install SciPy stack with pip and homebrew?