I have a small project that was started in Eclipse. I then exported it to a gradle file, and imported it to AS (0.5.7).

At first, not much seemed to work as it should, but after a "build => make project", I didn't seem to get any highlighted errors or so.

So I tried to run the app to an emulated device. Well, the device never launched, and now I get red squiggly lines under mentions of "String", "ArrayList" etc, saying it "cannot resolve the symbol".

I have tried cleaning and rebuilding, as well as "sync project with gradle files".

Where do I go from here? I want to get going with developing in AS so bad!

There is simpler and I think more correct way: 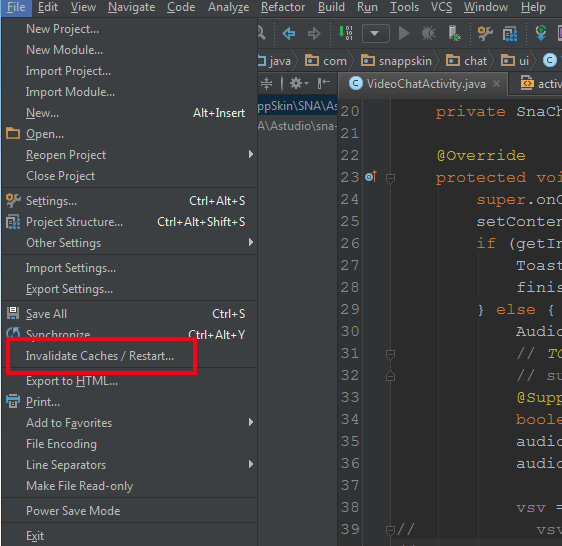 So project arrangement should be as follows:

Just writing this for people like me, who also landed here through googling this error. What actually solved it for current Android Studio 3.1.+ was this

Remove the following line from the file that reported with the error if there is.

You just need to sync the project as you have opened an external project from a zip file in the android studio. After you sync the project, you will see folders like Java,res folder,etc, instead of these not useful folders. And also, all the errors will be gone too.

When you open the external project, it will show like this. https://photos.app.goo.gl/BFa113X9DWH8eNDt7

Then you click on the install, it will install the required components required for the project and then it will sync the project. After syncing, the Gradle will be build and your project is ready to run.