IntelliJ IDEA 13 has started exhibiting a very weird behavior in my local setup.

Namely, in any new Java class added to an existing project, Code Completion does not work. So, after declaring an object variable of any type in the new class and then typing the name of that variable, followed by the dot (.), no suggestions come up for any of the methods of the corresponding object.

For example, after declaring

typing f. does not bring up a list of all the methods in the File class, to select one from. As a matter of fact, when typing the dot (.), no suggestions appear and at the bottom left (in the status bar) of the IDE window, the message "Identifier expected. Identifier expected." is displayed. Sometimes, a long list of totally irrelevant methods from irrelevant components or libraries are proposed.

Strangely, Code Completion works as expected if the above declaration happens in any of the existing classes.

This behavior persists after many combinations of machine restart, IDE restart, project re-importing, closing/reopening, or rebuilding.

Make sure you mark all your Source directories as such in File -> Project Structure -> Modules.

For followers, one thing that helped me (auto complete only showed cast field instanceof etc.) was that I had opened a maven module that didn't link correctly to its children (it had a commented out submodules section), so IntelliJ just showed the maven java files as basically "text" files with a tiny "j" in their icon in the project pane. Fixing up the root maven pom.xml file to include the children dirs as modules and voila, they are treated as real java files again, woot!

I am using IntelliJ Ultimate 2017.1, and I encountered similar issue. Maven project, was trying to using selenium APIs, but the intellisense didn't pop up relative methods for me.

Here is the way I solved my issue:

I had this same problem and it was caused by me not having a folder marked as sources root.

Right click on your src directory and Mark Directory As > Sources Root.

It helped me to mark the src directory as the "Source Root". 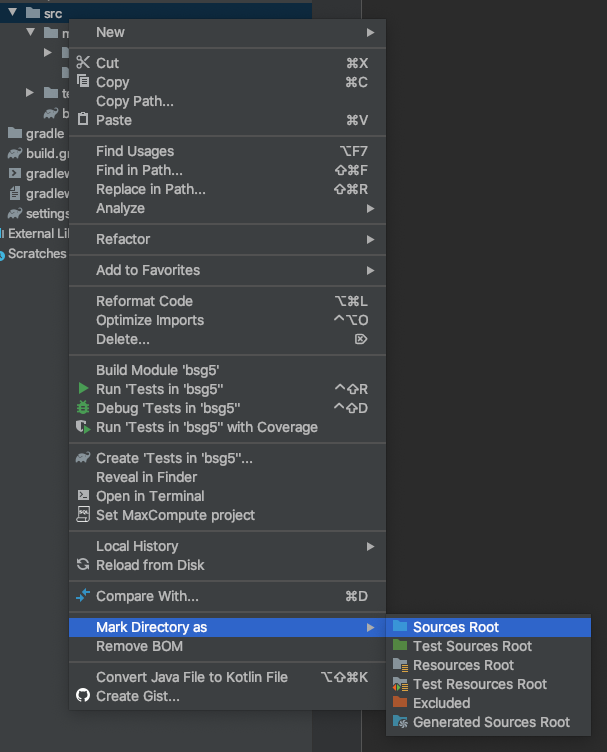 Cut the folder .idea and the files *.iml in the root folder and paste somewhere else out of project. when you re-open the project , auto import will work again magically.

There could be 2 reasons for your problem

The only thing that worked for me was killing IntelliJ (on Ubuntu) and starting it again.

This is not IntelliJ 13 but a more recent 2017.1.1 Community version. Adding this answer here so that others benefit from a cause that has its roots in the Gradle Configurations.

Now, in my case too the auto complete, Generate Override methods and other features were not working. What I figured out is that in my project settings, I had multiple configurations for the gradle modules. The moment I cleaned up the rest of the modules and retained the only one (apart from test) I needed for that project, all behaviors were back to normal.

Also in such cases of Gradle projects, remember to mark all your sourceSet root folders ad the Source folders.

Edit: If you do not want to create multiple configurations per sourceSet and you are importing a gradle module, on the import screen, you should also disable the Create a module for per sourceSet flag. Without this, I was having to remove the multiple modules after importing the module. 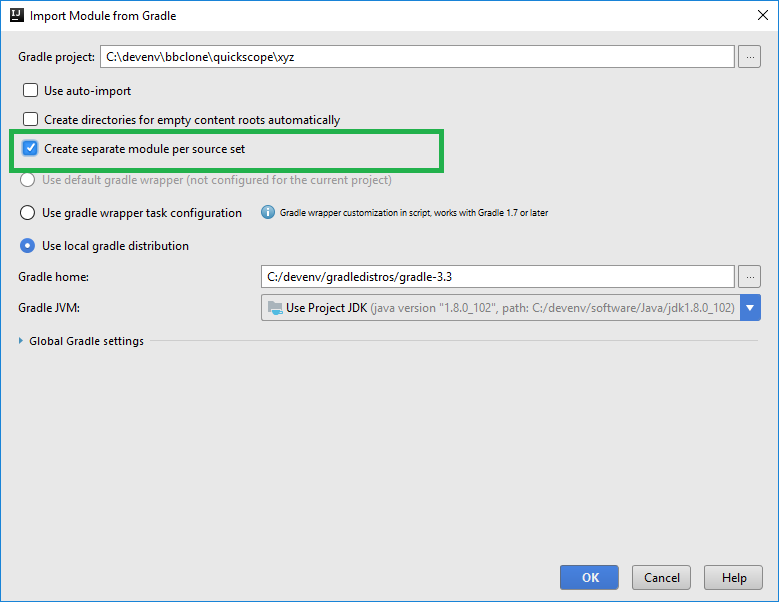 It was happening for me in a module that was not added in the parent project pom (they did it on purpose), that was the reason, I right clicked the pom.xml of the module that has the issue and clicked the

now the autocomplete came and in addition to that I can see the module as a separate project in the maven tab on the top right.

I had run into this problem. None of the solutions from this post worked, but I was able to fix it because I accidentally put my project's package in the "Exclude from Import and Completion" settings. 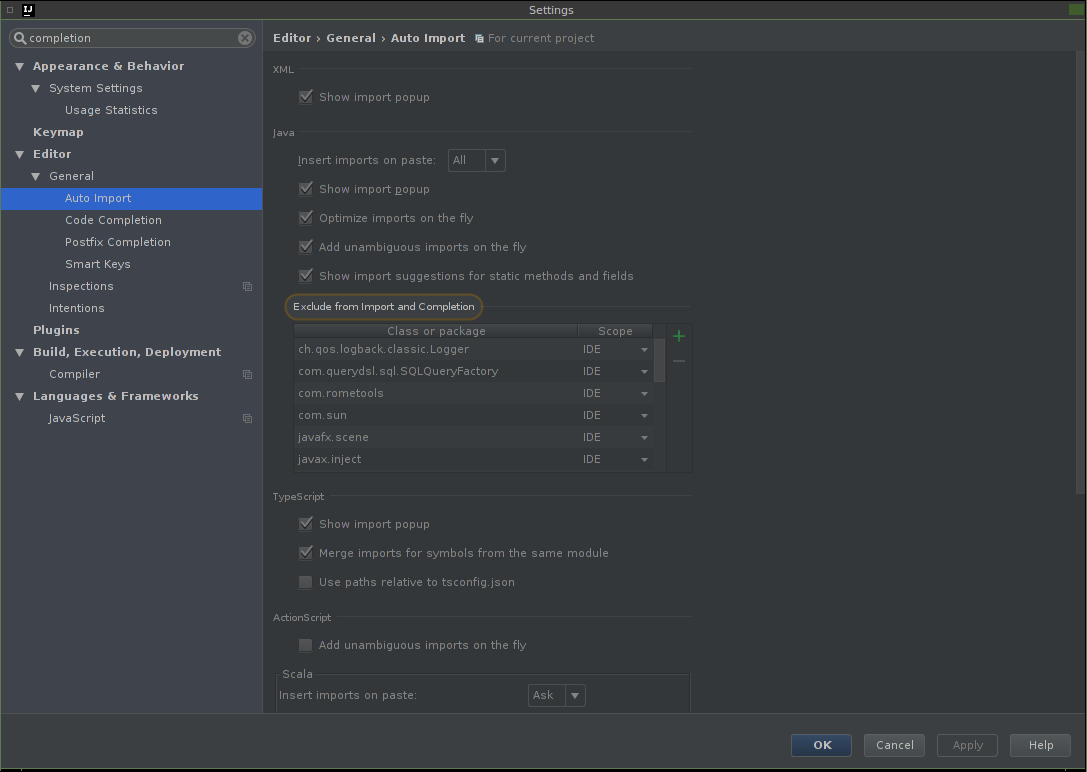 I had a groovy project where somehow the jdk was not set as a dependency, so jdk classes would not autocomplete.

I had similar problem, nothing in this topic helped.

So finally I made it work, I clear cache of IntelliJ and restart.

Not the answer you're looking for? Browse other questions tagged java intellij-idea code-completion or ask your own question.

1656
How does the Java 'for each' loop work?
644
Eclipse/Java code completion not working
1742
How can I avoid Java code in JSP files, using JSP 2?
228
Disable IntelliJ Starred (Package) Imports?
1269
How to get the current working directory in Java?
718
IntelliJ inspection gives "Cannot resolve symbol" but still compiles code
1097
Static Classes In Java
447
IntelliJ: Working on multiple projects
2
Intellij Idea Code Completion not working
1402
Why is executing Java code in comments with certain Unicode characters allowed?