Increasing the text size of unicode symbol occupies too much margin 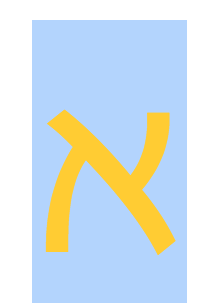 Here is a symbol that has a 180pt size and I highlighted it so you can see the amount of space around it!

I tried with a normal character 'a' but it took the same margins/padding!

This kind of spacing is embedded within the font glyph itself, and cannot really be overcome with CSS except by line height properties.

If you want a vectorised glyph, I would use an SVG element instead.

The empty space is neither margin nor padding but part of the glyph design, by the font designer. Glyphs are normally designed so that consecutive glyphs do not touch each other and so that that even when text is set solid (in CSS terms, when line-height is 1), glyphs usually do not touch glyphs on other lines.

This means that if you want a glyph to appear in a minimal rectangle that encloses is, which seems to be the goal here, you have to fight against typographic design. There is no simple way to do that. For a specific character and specific font, assuming that the font will always be used (which is usually an unrealistic assumption on the web), you can find out (with experimentation) suitable values needed to displace a character. Example:

0
CSS Line Heights being off

480
What are the recommendations for html <base> tag?
133
jQuery text() and newlines
189
Removing ul indentation with CSS
4
How apply padding in HTML without increasing the div size?
1549
Font scaling based on width of container
2
Increasing the font size is dramatically increasing the padding of header
0
How to reduce image size when the text is large instead of cropping it in HTML and CSS?
1
css: how to increase one character font-size without increasing whole text line-height?