The Sails.js controller action is called twice during every HTTP request [closed]

Ask Question
Asked 8 years ago
Modified 8 years ago
Viewed 1k times
-2
Closed. This question is not reproducible or was caused by typos. It is not currently accepting answers.

This question was caused by a typo or a problem that can no longer be reproduced. While similar questions may be on-topic here, this one was resolved in a way less likely to help future readers.

When I run sails.js and send it to that route (user/test), it appears to execute that code twice and outputs test twice in my WebStorm debug window:

How do I keep Sails.js from executing the same code twice?

I couldn't reproduce your issue. I tried really hard to reproduce it.

I created the same controller you have in your question, and I ran the code -- but not in WebStorm, I ran it from the command line. Since you're using console.log("test"), I should be able to see the console output test twice if your code is doing what you're saying it's doing, however, I couldn't get that to happen: 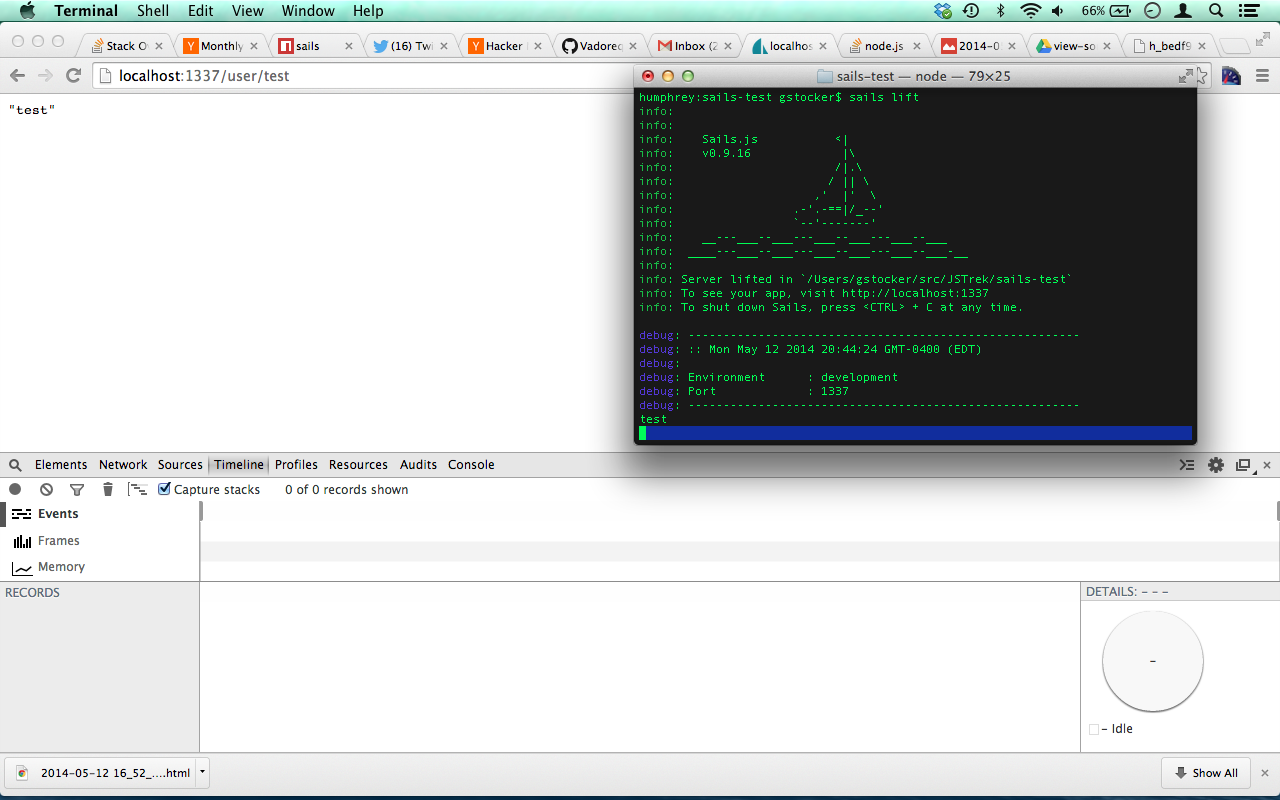 As you can see from the screenshot, the console output test once, and the webbrowser output a response of test, which exactly matches the code you've given:

I can't reproduce the issue as you've shown it; and there's no indication that controller is getting executed twice.

Not the answer you're looking for? Browse other questions tagged node.js controller sails.js or ask your own question.