This is very closely related to Stack Overflow question Best way to find an item in a JavaScript Array? which addresses finding objects in an array using indexOf.

It can be polyfilled to make it work on all browsers. 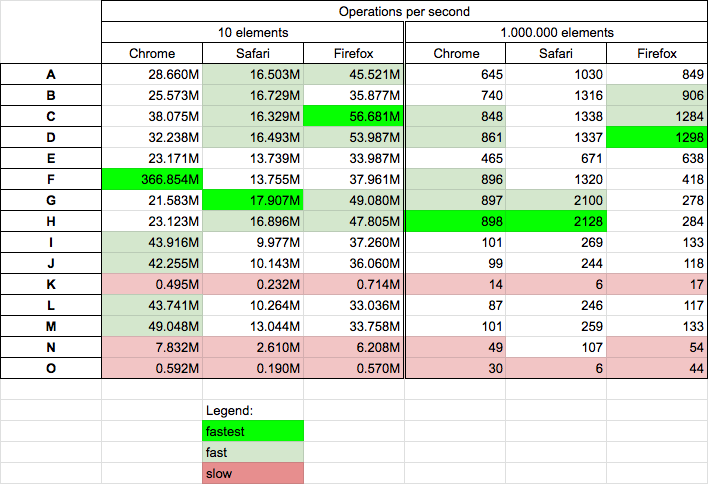 It's a long time that I was thinking of a way to replace the slow indexOf/lastIndexOf functions.

I was curious if the iteration was much slower if I check both sides of the array while doing it. Apparently no, and so this function is around two times faster than the top voted ones. Obviously it's also faster than the native one. This is in a real world environment, where you never know if the value you are searching is at the beginning or at the end of the array.

As a test I created an array with 100k entries.

There are a couple of method which makes this easy to achieve (includes, some, find, findIndex)

More about includes, some, find, findIndex

Then you can check whether the object with your value is already present or not:

if data is null then no admin, else it will return the existing object like:

Then you can find the index of that object in the array and replace the object using the code:

It has one parameter: an array numbers of objects. Each object in the array has two integer properties denoted by x and y. The function must return a count of all such objects in the array that satisfy numbers.x == numbers.y

1403
Determine whether an array contains a value
748
Check if an element is present in an array
831
Best way to find if an item is in a JavaScript array?
253
How to determine if object is in array
204
JavaScript is in array
276
How to check if a string array contains one string in JavaScript?
65
Jquery, checking if a value exists in array or not
67
Test for value in Javascript Array
63
JavaScript: Simple way to check if variable is equal to one of two or more values?
69
Check if value exists in the array (AngularJS)
See more linked questions