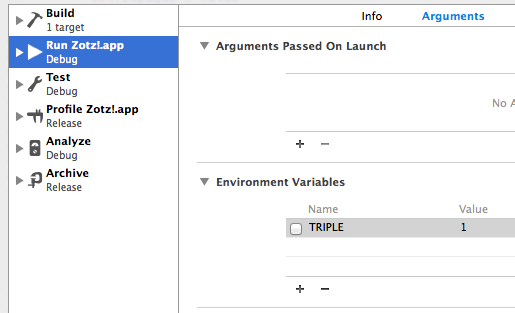 Moignans answer here works fine. Here is another piece of info in case it helps,

There are some processors that take an argument and I listed them below. you can change the argument as you like:

Also, You can use any custom flags like DEBUG or any other flags you defined

4
Swift: Multiple targets handling: macros not working
2
Objective-C code under #ifdef not visible in Swift
0
how to conditionally compile swift according to the branch
1
Access Environment Variables from Swift
0
How to add developer-specific code in swift?
276
How to determine whether code is running in DEBUG / RELEASE build?
119
How to let the app know if it's running Unit tests in a pure Swift project?
182
In absence of preprocessor macros, is there a way to define practical scheme specific flags at project level in Xcode project
167
How to tell at runtime whether an iOS app is running through a TestFlight Beta install
30
Disabling NSLog For Production In Swift Project
See more linked questions

1114
How do I call Objective-C code from Swift?
1009
#pragma mark in Swift?
975
Swift Beta performance: sorting arrays
182
In absence of preprocessor macros, is there a way to define practical scheme specific flags at project level in Xcode project
281
Can't use Swift classes inside Objective-C
157
Store a closure as a variable in Swift
128
Xcode MyProjectName-Bridging-Header.h does not exist
558
How to add constraints programmatically using Swift
710
How do I see which version of Swift I'm using?