I recently installed the beta of Xcode Version 6 in OS X Mavericks, with which comes the iOS simulator for iOS 8. I've managed to successfully run from Xcode 6 beta on a device with iOS 8 Beta, but opening the simulator always get the same error I have tried to change the hardware version of iPhone 4s, iPhone 5, ... in the simulator and still gives the same error: "Unable to boot the iOS Simulator".

I'm working with Xcode 5.1 at the same time in Mavericks, any suggestion to solve this? Is a possible problem for run this simulator in Mavericks because is only for OS X 10.10? Thanks.

After I found some solutions on the web, a combination of procedures worked for me:

I also had this problem and found the solution by doing following steps: 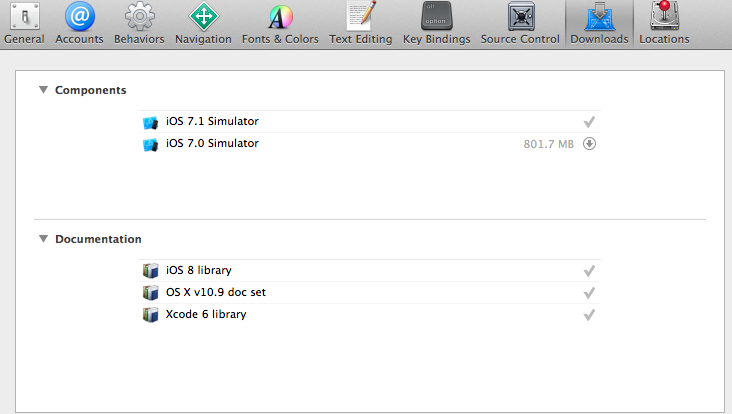 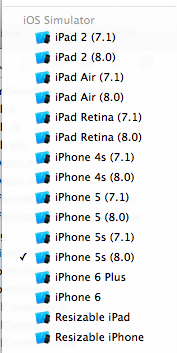 I solved by removing and re-adding the simulators see screenshots here.

I don't believe your issue is related to running Xcode 6 in Mavericks, as I encountered the same error on OS X 10.10.

After a bit of toying around with XCode and the iOS Simulator, the only fix I found was simply restarting the computer, and the error hasn't appeared since.

Try a reboot and then see if you can get things up and running.

(On a side note, after restarting just XCode (not the OS), I lost the option to run on the simulator at all—the reboot also fixed this problem, if anyone here encounters anything similar).

If the troubled device shows in the left column, delete it. Then add the device back from the '+' button. If it wasn't there in the first place, simply add it using the '+' button.

I had previously deleted ~/Library/Developer/CoreSimulator/ directory and the only command that worked for me is xcrun simctl erase all. Perhaps you might want to give this a try.

I've faced same issue and solved by below steps:

i too had the same issue, but solved by installing the required simulators (Xcode > Preferences> downloads > install simulators)

This happened to me running the simulator on both Xcode 7 and 8 on El Capitan. The only thing that worked was disabling System Integrity Protection (https://apple.stackexchange.com/a/208481/86757).

I tested an awful quantity of solutions and the only one which worked for me was disabling root protection through Recovery Mode. I tested it with XCode 7.3, it's possible that this approach may work for XCode 8.

I am adding this answer as it seems to be slightly different from the others.

Due to working on an older project I needed to download and run Xcode 7.3 and load the project in simulator - this yielded the "Unable to boot the iOS Simulator" error.

I completed all the above suggestions and none of them worked (reset simulator setting, restarted, deleted and reinstalled Xcode, reset the simulator location, restarted again etc)

You can see here the Apple release notes for Xcode 7.3

This meant as soon as I loaded the simulator with iPhone 5 (9.3) it worked immediately.

I would therefore recommend when approaching this issue not to get railroaded (as I did) in thinking that something is wrong with the system before checking the basic things.

Note: It is also worth noting that the simulator must be configured to the Xcode version being used. This can be set in

and also using the command line:

one of the reasons could be you might deleted /private folder.

you can try with following commands

Following are the steps for solved above issue:

This error indicates an error starting up launchd_sim when booting the simulated device. In and of itself, it does not indicate the actual cause. You can look in ~/Library/Logs/CoreSimulator/CoreSimulator.log for more information about the error (including the error reason).

Just check your simulator's iOS version. I fought with this error for 2 days and tried everything. Once I run the project on the simulator with iOS version that my Xcode supports, it worked sadly... :/

I quit everything and restarted the Mac. That's all. Its worked like charm!!

I don't know why, but this happened to me when I had Charles Proxy's throttling turned on.

I didn't have to run Xcode again or clean anything. Just disabling the throttling allowed the simulator to work again.

I also clicked on details, but this was all that I got:

I have solved this issue using following steps:

I got this error on OS Catalina, Xcode 11. I solved this by simply quiting simulator and Xcode, and then start Xcode and run your application.

|share|improve this answer
answered Jan 22 at 6:44

Late answer, but it maybe helpful to someone. I tried all the solutions provided in this and related posts and neither of them worked.

Not the answer you're looking for? Browse other questions tagged ios iphone xcode ios-simulator osx-mavericks or ask your own question.