I'm not sure if I am the only one experiencing this program, but I have tried searching and have not been able to find anyone in my current situation. I downloaded Xcode 6 beta and was interested in Extension programming for iOS 8. However, I have been unable to locate the extensions in my project templates when creating a new project in Xcode, I saw a YouTube video (unrelated to extension programming) but I did notice that the option was not there for the said video. Now, I have had a look through the contents of the Xcode 6 beta package and have been able to locate the actual templates themselves, so I have no doubt they are present, it just seems that they are not actually being loaded.

For the record, I also downloaded some example custom keyboard code from GitHub in order to see whether Xcode will recognise it and it does, going as far as actually displaying the 'E' icon beside the build target. I should also mention that I do have a build of Xcode 5 also present on my machine.

Is anyone else experiencing this issue, or does anyone know how to overcome it?

You create a extension by creating a new target in an existing project. 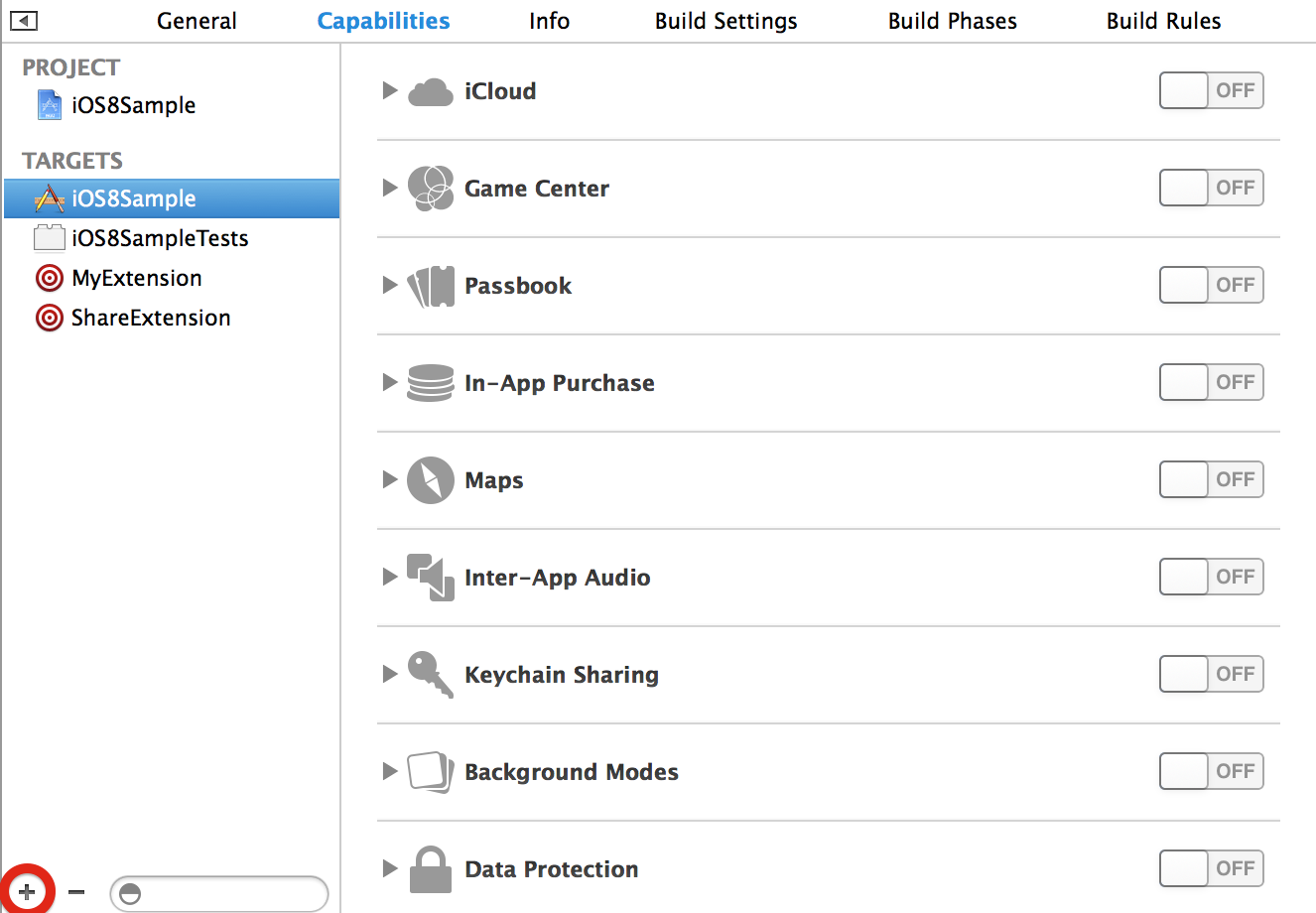 Check this link for more information

I had the same problem. The solution was to not try to add the extension in File/new/File... menu but in File/new/Target... menu.

You can add extension to any existing project.

Not the answer you're looking for? Browse other questions tagged ios xcode ios8 ios-app-extension or ask your own question.