Every time I send a line to python console in emacs python-mode, it executes split-window-below, like this: 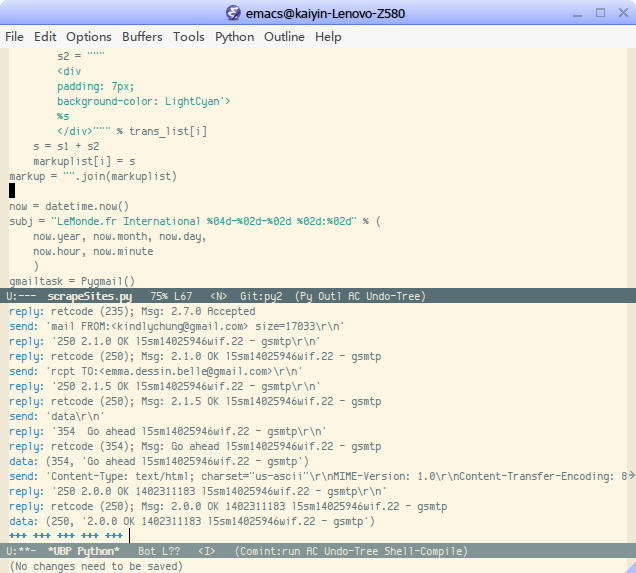 On most computer screen the vertical dimension is stringent, thus it's more desireable to trigger split-window-right instead, like this: 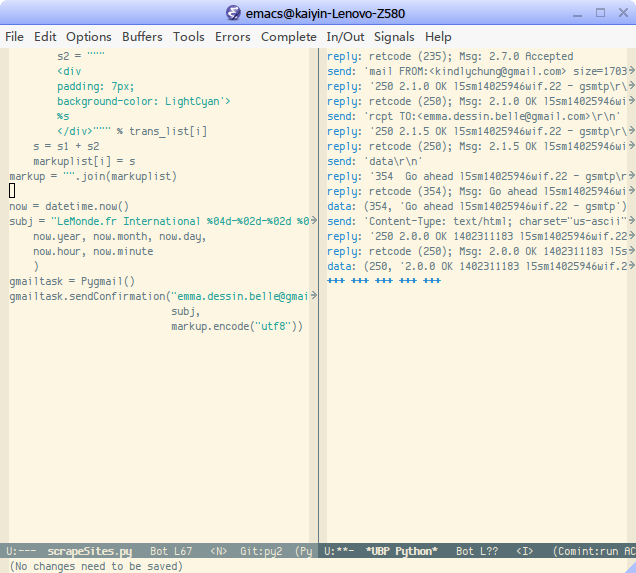 This can be done manually (c-x 1 c-x 3 c-x o c-x b), but once you execute any python code from your source file, the layout returns to the annoying one.

Is there a way to customize this persistently?

I have tried a few things, including the answer suggested in the comment below. So far it looks the following lines in .emacs "sort of" work:

except that they will make an extra window below: 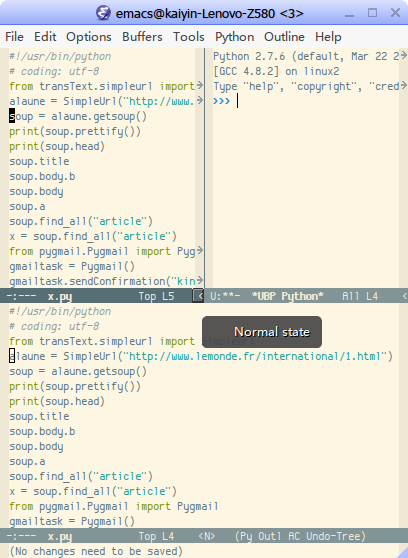 Based on the fact that your modeline contains Py as a major mode indicator I am assuming you are using python-mode.el instead of the built-in python.el. This package defines a variable called py-split-windows-on-execute-function that allows you to specify which function to use for splitting windows when calling a command from the py-execute-* family.

To make horizontal (side-by-side) splitting the default for windows displaying python-mode buffers, add the following to your .emacs:

Note that you have to use setq-default instead of setq because py-split-windows-on-execute-function is a buffer-local variable.

Or, in addition to what itsjeyd said, just:

Then select from "Value Menu"

Not the answer you're looking for? Browse other questions tagged user-interface emacs elisp or ask your own question.

737
Differences between Emacs and Vim
3
scrolling lags in emacs 23.2 with GTK
0
retain window configuration for nav-mode?
10
Emacs: pop-up bottom window for temporary buffers
12
Emacs shell-mode display is too wide after splitting window
2
How can I force emacs to use the bottom window rather than the bottom one when invoking an ipython compilation in a 3 window setup
3
How to customize Emacs split-window-X with the new window showing the next buffer?
8
Make *Buffer List* always appear in horizontal split
5
Emacs: How can I easily create a new window that spans two existing horizontal windows?