How come I can cast to NSManagedObject but not to my entity's type?

I'm using the Swift boilerplate code for Core Data in a fresh project. My .xcdatamodeld file has a single entity defined (Task) with a single attribute (name).

I have a Task.swift file that looks like this:

When I run this, it works:

I can even go into the SQLite database being used by the iOS simulator and confirm that the row was added.

However, when I run the exact same code as above but with as Task instead of as NSManagedObject, I get a crash with the error message Thread 1: EXC_BREAKPOINT (code=EXC_I386_BPT, subcode=0x0), associated with the var firstTask… line. If I continue execution, I get EXC_BAD_ACCESS and 0 misaligned_stack_error_ at the top of Thread 1 each time I advance it.

Make sure your Class name field is actually Module.Task, where Module is the name of your app. CoreData classes in Swift are namespaced. Right now, your object is being pulled out of the context as an NSManagedObject, not as a Task, so the as-cast is failing.

This is even frustrated if you tried all the above suggestions and non of them working for me!!

So this is what works for me.

2- Make sure that all your entities has No Module in the "Data Model Inspector", if you see "Model: Current Product Module" ..clear it it so it looks like the attached image.

4- If still not working, delete your entities and regenerate them. 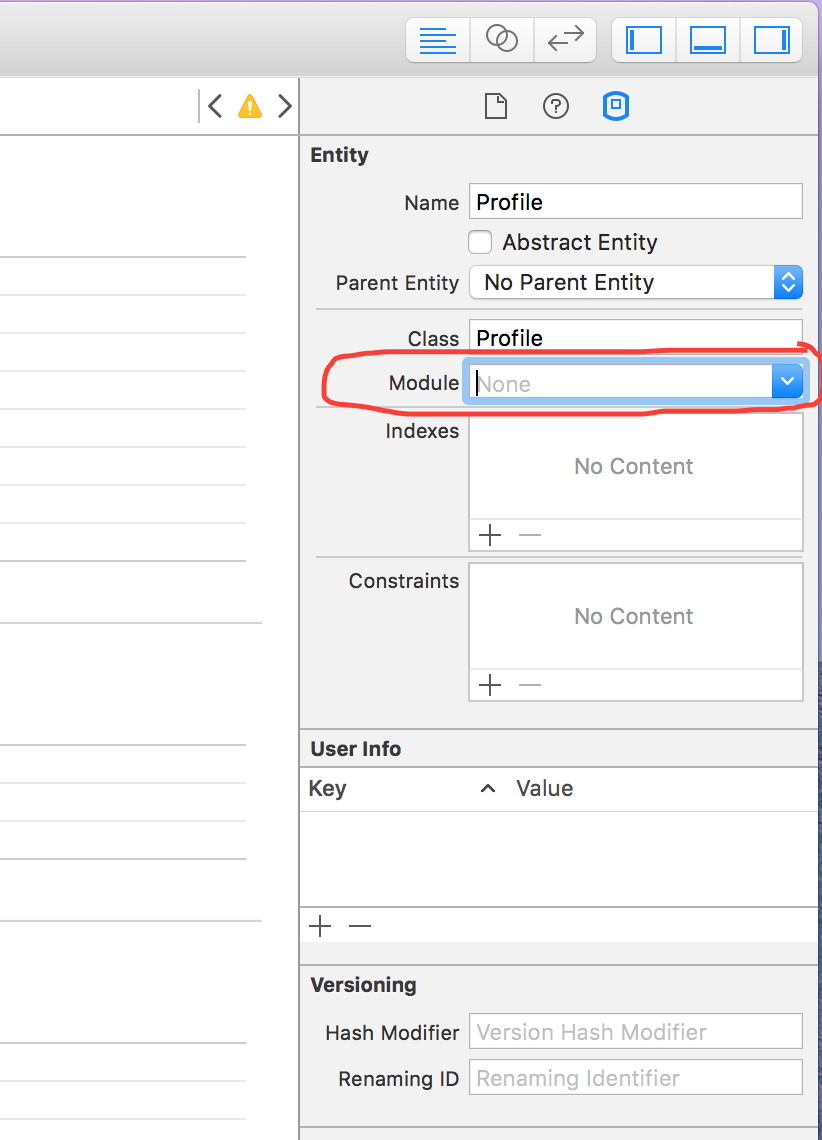 You need to modify your Task.swift file. Adding @objc(Task) like below

I think this as a bug if your project does not contain any objective-c codes. However, you need to add that line until this fixed.

I learned it from here.

I guess only changing the class field in the .xcdatamodel doesn't work anymore because I still got the following exception: fatal error: use of unimplemented initializer 'init(entity:insertIntoManagedObjectContext:)' for class

So, I entered this code in my custom class:

Suddenly, it worked! The NSManagedObject is now down-castable to my custom class. I can't really understand why this is the solution, but it works :)

An update for @Ben Gottlieb answer under XCode 7.1 and Swift 2.0 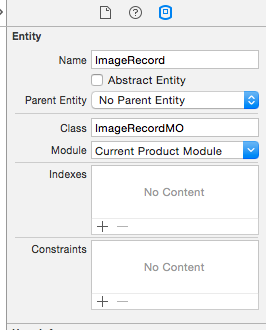 I had to add the @objc() and set the class in the coredata interface. In the CoreData right window, in the Entity area, there are Name and Class textbox. Class must not be MSManagedObject but instead your class. I created a simple working example!

I've run into this problem in the last few days and strangely the solution that worked for me was a variant of that suggested above.

I added the @objc declaration to the generated subclasses, but removed any namespace prefix in the class name in the object model (it had a default prefix of "PRODUCT_MODULE_NAME." after the subclasses were generated). That worked.

Not the answer you're looking for? Browse other questions tagged ios core-data swift or ask your own question.

1168
How can I develop for iPhone using a Windows development machine?
1181
How can I disable the UITableView selection?
1681
How can I make a UITextField move up when the keyboard is present - on starting to edit?
0
iOS error during test
11
Swift EXC_BREAKPOINT when assigning viewcontroller to variable in prepareForSegue
91
CoreData: warning: Unable to load class named
1
prepareForSegue an error Thread 1: EXC_BREAKPOINT (code=EXC_I386_BPT, subcode=0x0)
5
How to initialize a generated Core Data NSManagedObject in Swift
0
Getting a EXC_BAD_access if I don't put a breakpoint