How do I change the URI (URL) for a remote Git repository?

I have a repo (origin) on a USB key that I cloned on my hard drive (local). I moved "origin" to a NAS and successfully tested cloning it from here.

I would like to know if I can change the URI of "origin" in the settings of "local" so it will now pull from the NAS, and not from the USB key.

For now, I can see two solutions:

See git help remote. You also can edit .git/config and change the URLs there.

You're not in any danger of losing history unless you do something very silly (and if you're worried, just make a copy of your repo, since your repo is your history.)

Hopefully this isn’t something you need to do. The server that I’ve been using to collaborate on a few git projects with had the domain name expire. This meant finding a way of migrating the local repositories to get back in sync.

Update: Thanks to @mawolf for pointing out there is an easy way with recent git versions (post Feb, 2010):

See the man page for details.

If you’re on an older version, then try this:

As a caveat, this works only as it is the same server, just with different names.

Assuming that the new hostname is newhost.com, and the old one was oldhost.com, the change is quite simple.

Edit the .git/config file in your working directory. You should see something like:

Change oldhost.com to newhost.com, save the file and you’re done.

From my limited testing (git pull origin; git push origin; gitx) everything seems in order. And yes, I know it is bad form to mess with git internals.

This is very easy and simple; just follow these instructions.

2nd Step:- List your existing remotes in order to get the name of the remote you want to change.

Change your remote's URL from HTTPS to SSH with the git remote set-url command.

4th Step:- Now Verify that the remote URL has changed.

You can check it worked by examining the remotes:

Next time you push, you'll have to specify the new upstream branch, e.g.:

First you need to type this command to view existing remotes

Write the below command from your repo terminal:

Refer this link for more details about changing the url in the remote.

Now to make it upstream or push use following code: 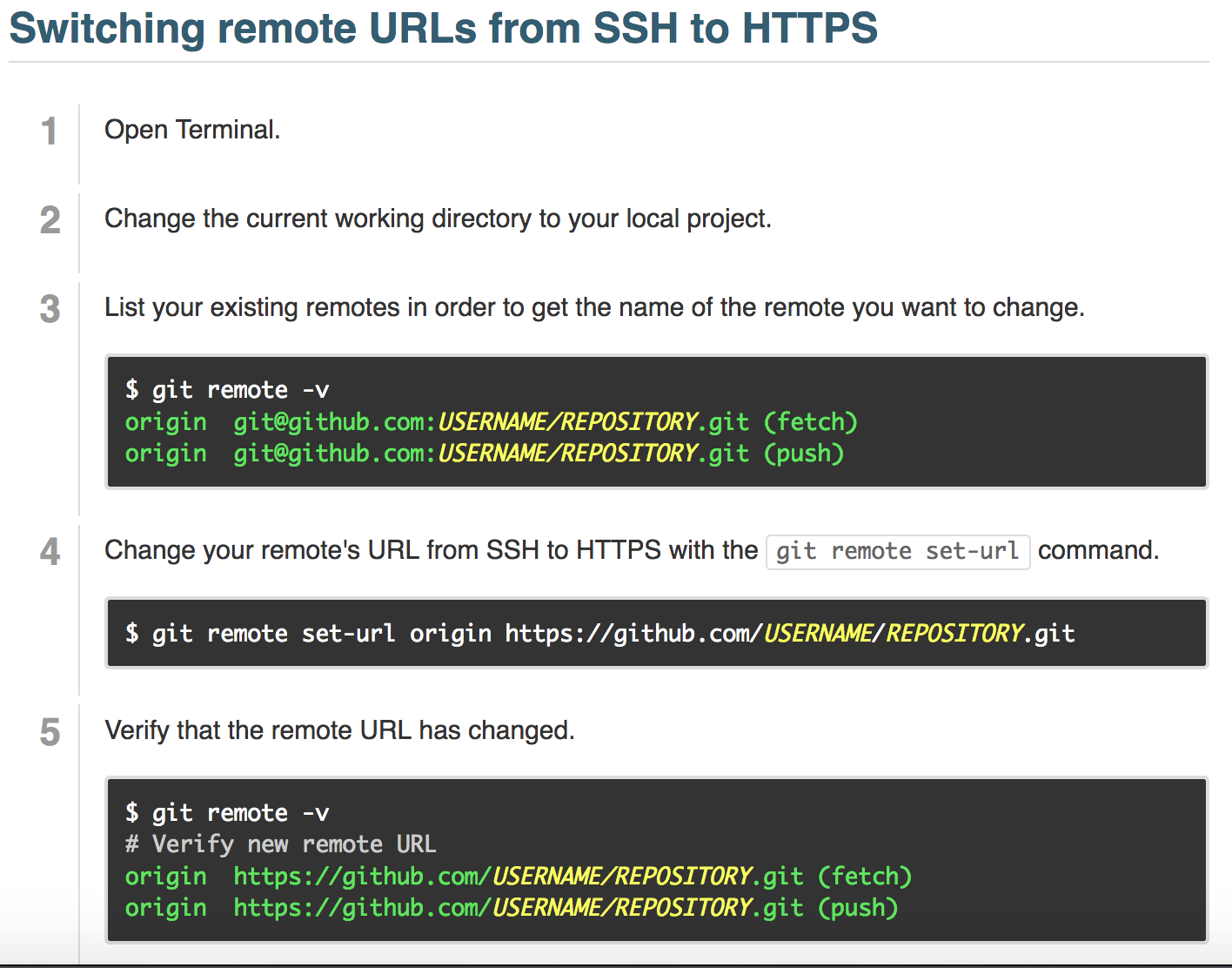 You may encounter these errors when trying to changing a remote. No such remote '[name]'

This error means that the remote you tried to change doesn't exist:

Navigate to the project root of the local repository and check for existing remotes:

If your repository is using SSH you will see something like:

And if your repository is using HTTPS you will see something like:

Changing the URL is done with git remote set-url. Depending on the output of git remote -v, you can change the URL in the following manner:

NOTE: If you've changed your GitHub username, you can follow the same process as above to update the change in the username associated with your repository. You would only have to update the USERNAME in the git remote set-url command.

if you cloned your local will automatically consist,

remote URL where it gets cloned.

you can check it using git remote -v

if you want to made change in it,

if you want to overwrite existing branch you can still use it.. it will override your existing ... it will do,

In the Git Bash, enter the command:

You have a lot of ways to do that:

Just be sure that you've opened it in a place where a repository is.

It is placed in .git/config (same folder as repository) 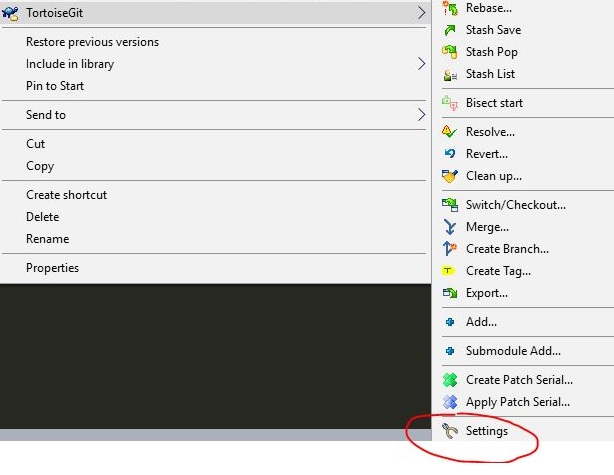 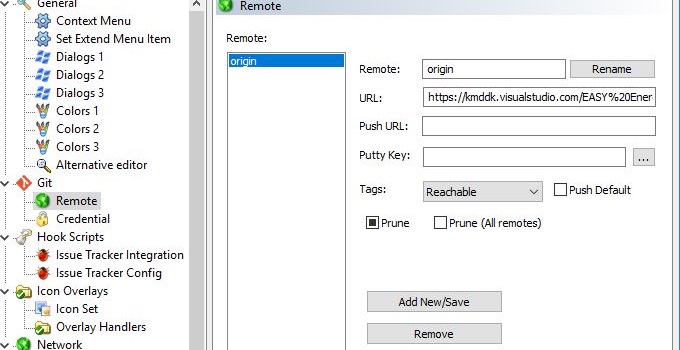 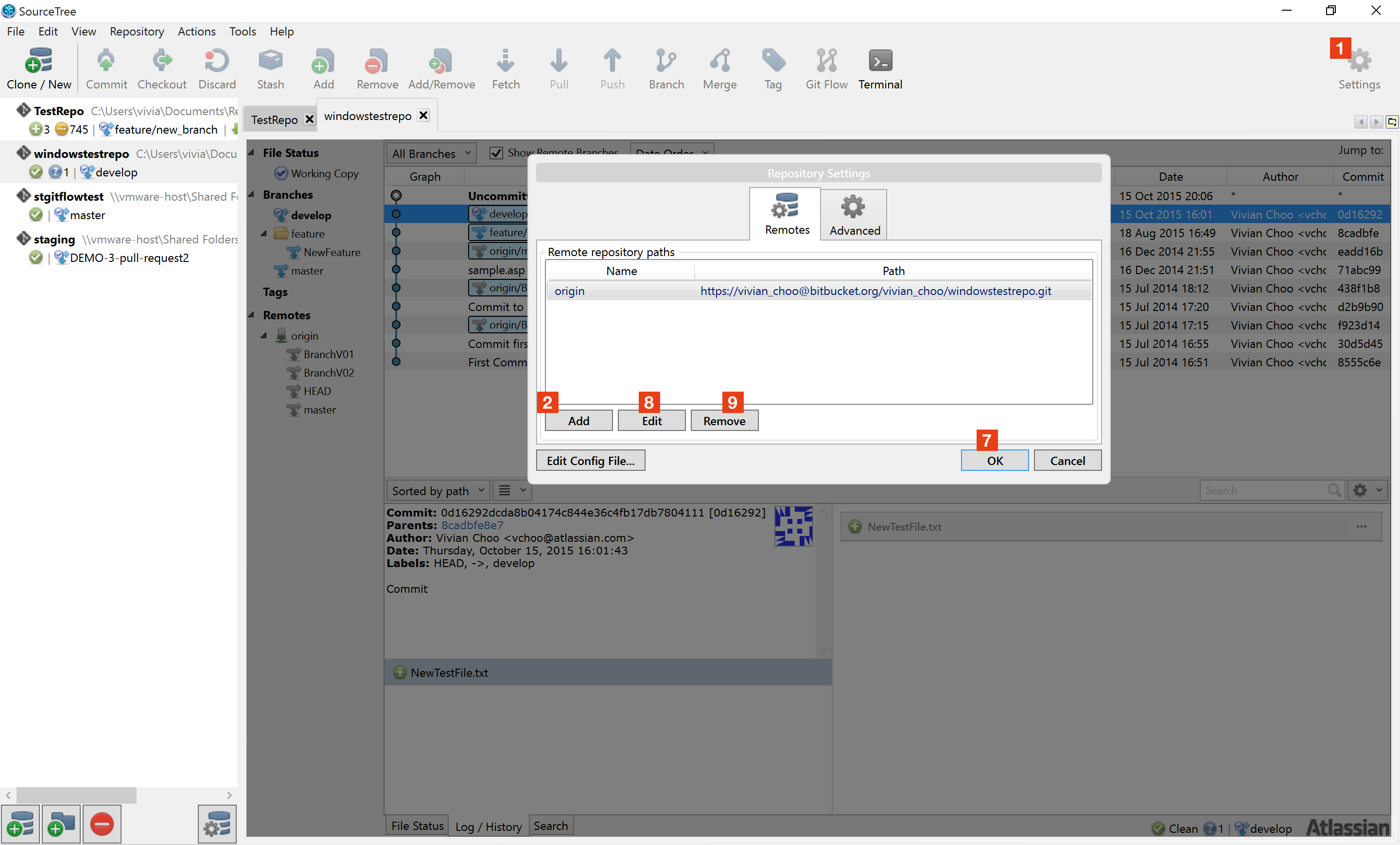 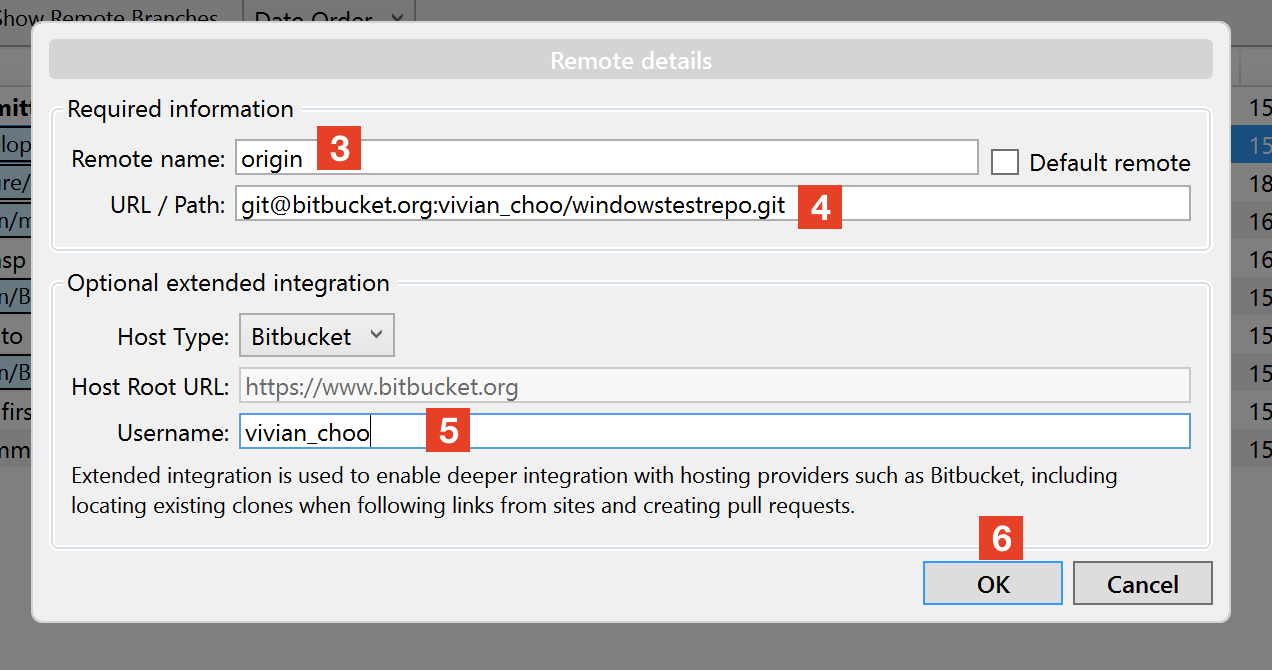 For me, the accepted answer worked only in the case of fetch but not pull. I did the following to make it work for push as well.

So to update the fetch URL:

To update the pull URL:

Change remote git URI to git@github.com rather than https://github.com

The benefit is that you may do git push automatically when you use ssh-agent :

Put a script file $HOME/.ssh/agent to let it runs ssh-add using expect as below:

You can change the url by editing the config file. Go to your project root:

Then edit the url field and set your new url. Save the changes. You can verify the changes by using the command.

An alternative approach is to rename the 'old' origin (in the example below I name it simply old-origin) and adding a new one. This might be the desired approach if you still want to be able to push to the old origin every now and then:

And in case you need to push your local state to the new origin:

If you're using TortoiseGit then follow the below steps:

Your branch and all your local commits will remain intact and you can keep working as you were before.

It will work fine, you can try this

Use the git remote rm command to remove a remote URL from your repository.

Exporting the password in a variable would avoid issues with special characters.

in my case i need to check my username

i have two or three repository with seperate credentials. 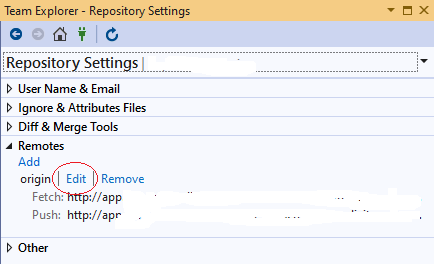 145
How can I change the remote/target repository URL on Windows?
13
How to change git remote origin git:// to https://?
10
How to access git remote repo since IP address changed
2
Typo in remote name with Git; how do I fix?
0
I mistakenly added an unknown repository to git locally in the command line. How do I remove or replace the repository
1
Error in github because of Clone and Fork
1
how to properly use git with network disk drives
1
How to change the remote url username?
-1
How to use a project template on git?
0
Cloning from forked or cloning from main repository?
See more linked questions