how to display and input chinese (and other non-ASCII) character in r console? 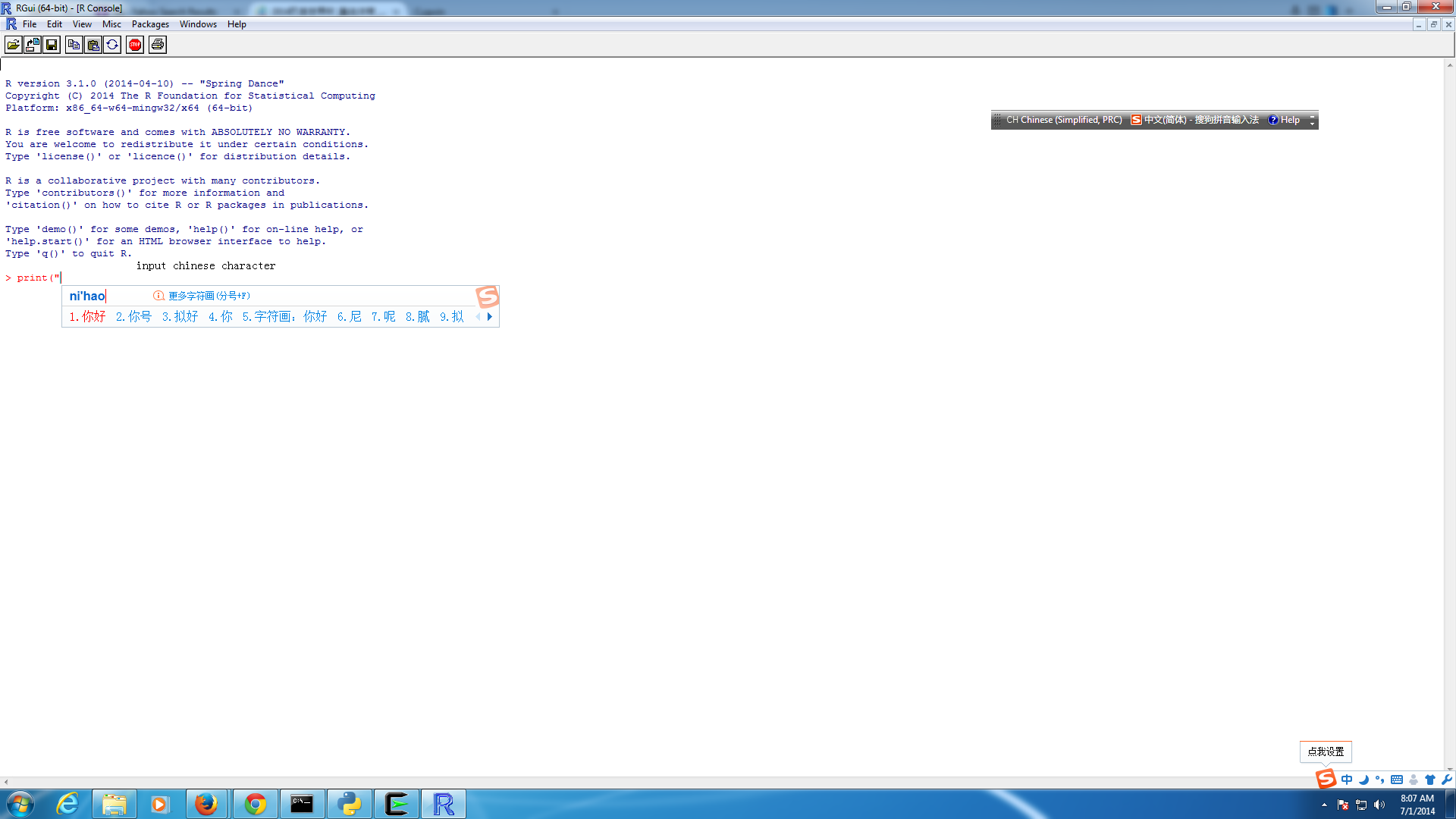 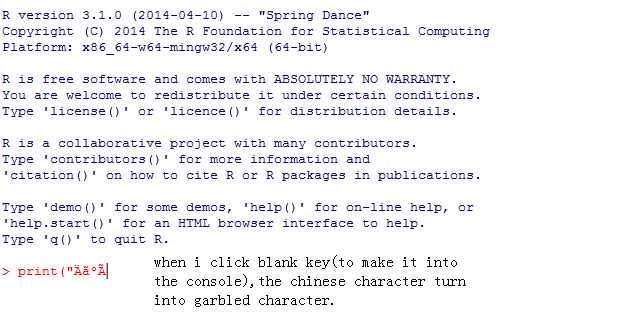 Please see the graph to download the data if you don't know how to get the data from my web.

How can I setup my pc to properly display and input chinese characters in r console? I have updated the chinese language pack ,and enabled it,but problem remains still.

It is probably not very well documented, but you want to use setlocale in order to use Chinese. And the method applies to many other languages as well. The solution is not obvious as the official document of setlocale didn't specifically mentioned it as a method to solve the display issues.

If you just want to change the display encoding, without changing other aspects of locales, use LC_CTYPE instead of LC_ALL:

Now, of course this only applies to the official R console. If you use other IDE's, such as the very popular RStudio, you don't need to do this at all to be able to type and display Chinese, even if you didn't have the Chinese locale loaded.

Migrate some useful stuff from the following comments:

If the data still fails to show up correctly, the we should also look into the issue of the file encoding. If the file is UTF-8 encoded, tither data <- read.table("you_file", sep=',', fileEncoding="UTF-8-BOM", header=TRUE) or fileEncoding="UTF-8" will do, depends on which encoding it really has.

But you may want to stay away from UTF-BOM as it is not recommended: What's different between UTF-8 and UTF-8 without BOM?