How to resolve 'npm should be run outside of the node repl, in your normal shell'

I am new to node.js. I downloaded and install node.js installer from the official site. I have added this installer folder in PATH environment variable and I am able to run programs. But when I try to install some package using npm in node console it shows the error npm should be run outside of the node repl, in your normal shell. I also tried it on a separate console. But it shows command not found though I have added node in the environment variable.

It's better to use the actual (msi) installer from nodejs.org instead of downloading the node executable only. The installer includes npm and makes it easier to manage your node installation. There is an installer for both 32-bit and 64-bit Windows.

Also a couple of other tidbits:

For Windows users, run npm commands from the Command Prompt (cmd.exe), not Node.Js (node.exe). So your "normal shell" is cmd.exe. (I agree this message can be confusing for a Windows, Node newbie.)

By the way, the Node.js Command Prompt is actually just an easy shortcut to cmd.exe.

Below is an example screenshot for installing grunt from cmd.exe:

Do not run the application using node.js icon.

Go to All Programmes->Node.js->Node.js command prompt.

Below is example screen shot. 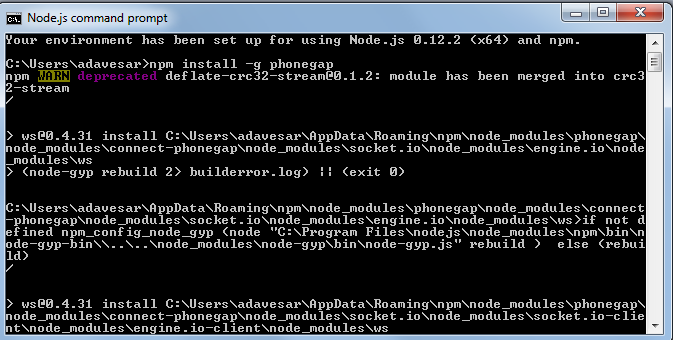 If you're like me running in a restricted environment without administrative privileges, that means your only way to get node up and running is to grab the executable (node.exe) without using the installer. You also cannot change the path variable which makes it that much more challenging.

Here's what I did (for Windows)

Don't forget you will not be able to set the path variable if you do not have proper permissions. So your best route is to open a command prompt in the node.exe directory (shift right-click "Open command window here")

You must get directory right path of program(node.js in program files). 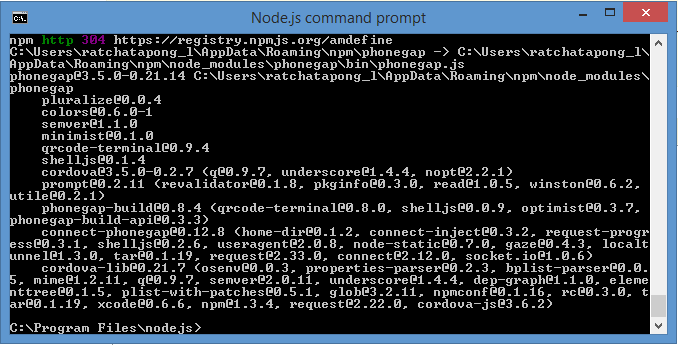 and use "npm install -g phonegap"

It's simple. Press the Windows logo on your keyboard. Then, type node.js command prompt in the search bar and run it. 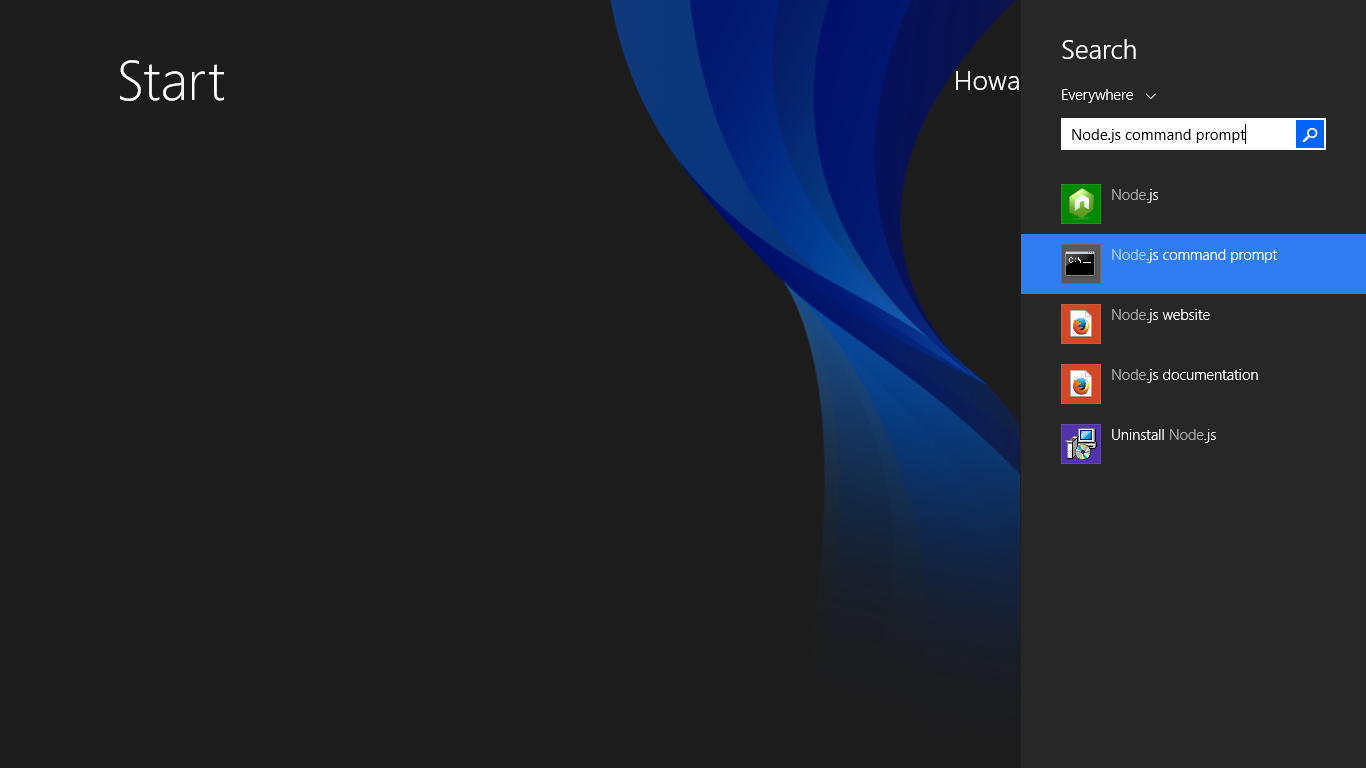 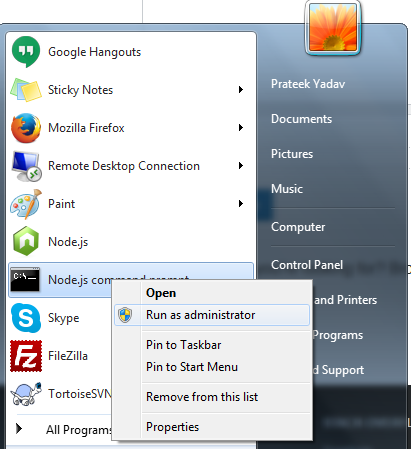 108
How to use npm with node.exe?
0
Node Installed, But Neither Neither Node nor NPM Available Via Command Line
1
using npm with node.js windows 64 bit .exe version

1813
How can I update NodeJS and NPM to the next versions?
345
How to run a hello.js file in Node.js on windows?
119
How can I change the cache path for npm (or completely disable the cache) on Windows?
2
Error: npm should be run outside of the node repl, in your normal shell
0
Error in npm for npm install selenium-webdriver
406
How do I debug “Error: spawn ENOENT” on node.js?
1
using npm with node.js windows 64 bit .exe version
636
How can I run multiple npm scripts in parallel?
0
Node Installed, But Neither Neither Node nor NPM Available Via Command Line