Just looking for some quick help regarding free -m output on Linux. Here's an example on one of my servers:

I understand the kernel can and will use available memory for disk caching to speed up the system.

Normally, I look at the second value in the "free" column, in the above case it's 1213. It's normally a lot higher than this.

I guess I am looking to understand what the two outputs next to '-/+ buffers/cache' mean. From what I can see, the system truly is low on memory (only 1213MB available for applications to use) and the OS actually needs 13GB for caching?

This has been answered in serverfault. Here is the relevant excerpt:

Focusing on your situation,

In the event an application needs more memory, it can be taken either from free memory or from cached/buffered, so:

You can also use top (I personally prefer htop) to see the memory status and which applications are taking most RAM.

As an example, here is a screenshot of htop running in my RaspberryPi and the free -h execution: 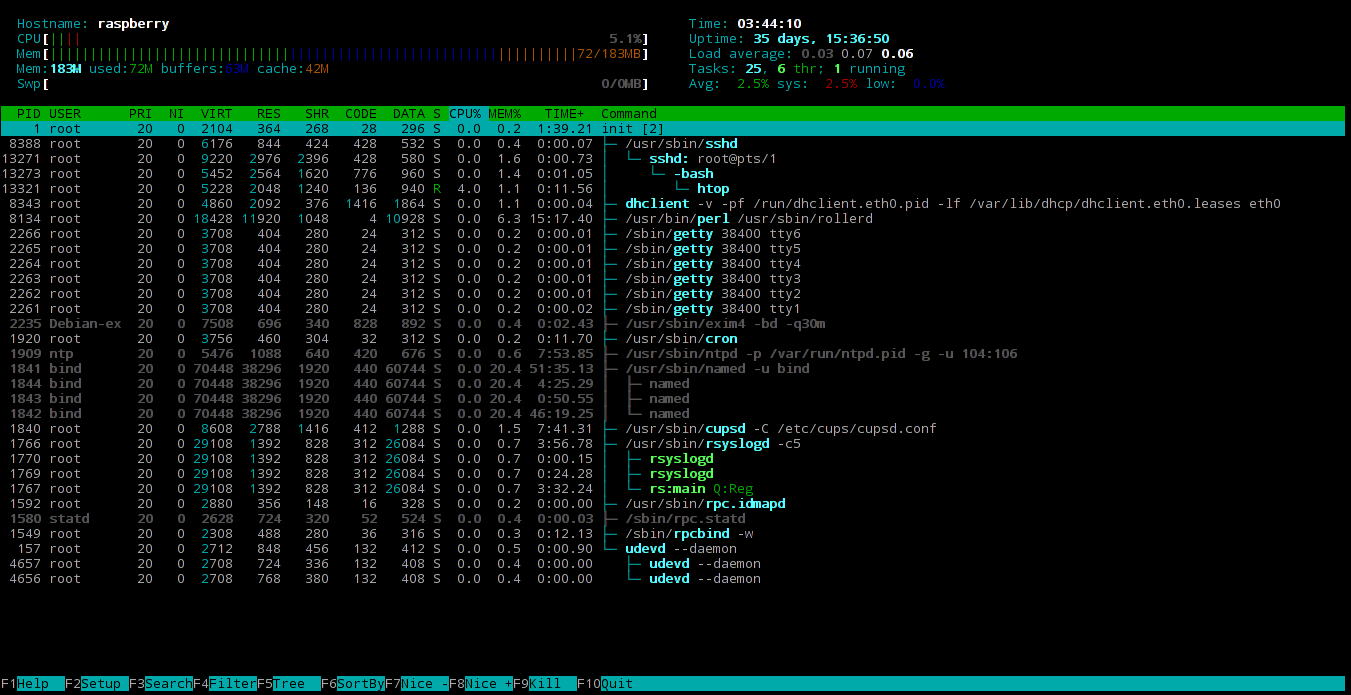 Not the answer you're looking for? Browse other questions tagged linux caching memory free-command or ask your own question.

0
Is it mandatory to call cudaFreeHost before the program quits?
0
multiple image upload eats much space on the RAM

1627
How do we control web page caching, across all browsers?
1507
How do I prompt for Yes/No/Cancel input in a Linux shell script?
1892
How can I profile C++ code running on Linux?
1887
How to change permissions for a folder and its subfolders/files in one step?
1632
Disabling Chrome cache for website development
1917
How to change the output color of echo in Linux
21
Understanding “Buffers” and “Cached” from free command
763
What is a “cache-friendly” code?
5603
How do I find all files containing specific text on Linux?