When is .then(success, fail) considered an antipattern for promises?

I had a look at the bluebird promise FAQ, in which it mentions that .then(success, fail) is an antipattern. I don't quite understand its explanation as for the try and catch. What's wrong with the following?

It seems that the example is suggesting the following to be the correct way.

The .then() call will return a promise that will be rejected in case the callback throws an error. This means, when your success logger fails, the error would be passed to the following .catch() callback, but not to the fail callback that goes alongside success. 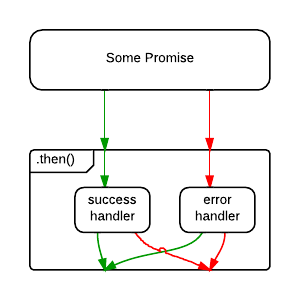 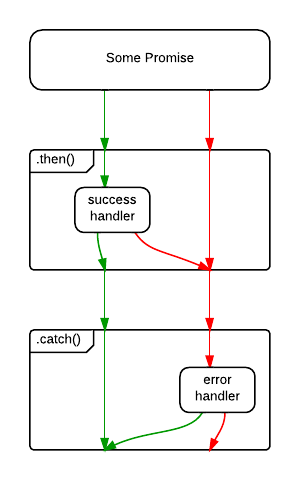 To express it in synchronous code:

The second log (which is like the first argument to .then()) will only be executed in the case that no exception happened. The labelled block and the break statement feel a bit odd, this is actually what python has try-except-else for (recommended reading!).

The catch logger will also handle exceptions from the success logger call.

So much for the difference.

The argument is that usually, you want to catch errors in every step of the processing and that you shouldn't use it in chains. The expectation is that you only have one final handler which handles all errors - while, when you use the "antipattern", errors in some of the then-callbacks are not handled.

However, this pattern is actually very useful: When you want to handle errors that happened in exactly this step, and you want to do something entirely different when no error happened - i.e. when the error is unrecoverable. Be aware that this is branching your control flow. Of course, this is sometimes desired.

What's wrong with the following?

That you had to repeat your callback. You rather want

The two aren't quite identical. The difference is that the first example won't catch an exception that's thrown in your success handler. So if your method should only ever return resolved promises, as is often the case, you need a trailing catch handler (or yet another then with an empty success parameter). Sure, it may be that your then handler doesn't do anything that might potentially fail, in which case using one 2-parameter then could be fine.

But I believe the point of the text you linked to is that then is mostly useful versus callbacks in its ability to chain a bunch of asynchronous steps, and when you actually do this, the 2-parameter form of then subtly doesn't behave quite as expected, for the above reason. It's particularly counterintuitive when used mid-chain.

As someone who's done a lot of complex async stuff and bumped into corners like this more than I care to admit, I really recommend avoiding this anti-pattern and going with the separate handler approach.

By looking at advantages and disadvantages of both we can make a calculated guess as to which is appropriate for the situation. These are the two main approaches to implementing promises. Both have it's pluses and minus

When the catch method is called with argument onRejected, the following steps are taken:

Using .then().catch() lets you enable Promise Chaining which is required to fulfil a workflow. You may need to read some information from database then you want to pass it to an async API then you want to manipulate the response. You may want to push the response back into the database. Handling all these workflows with your concept is doable but very hard to manage. The better solution will be then().then().then().then().catch() which receives all errors in just once catch and lets you keep the maintainability of the code.

Using then() and catch() helps chain success and failure handler on the promise.catch() works on promise returned by then(). It handles, 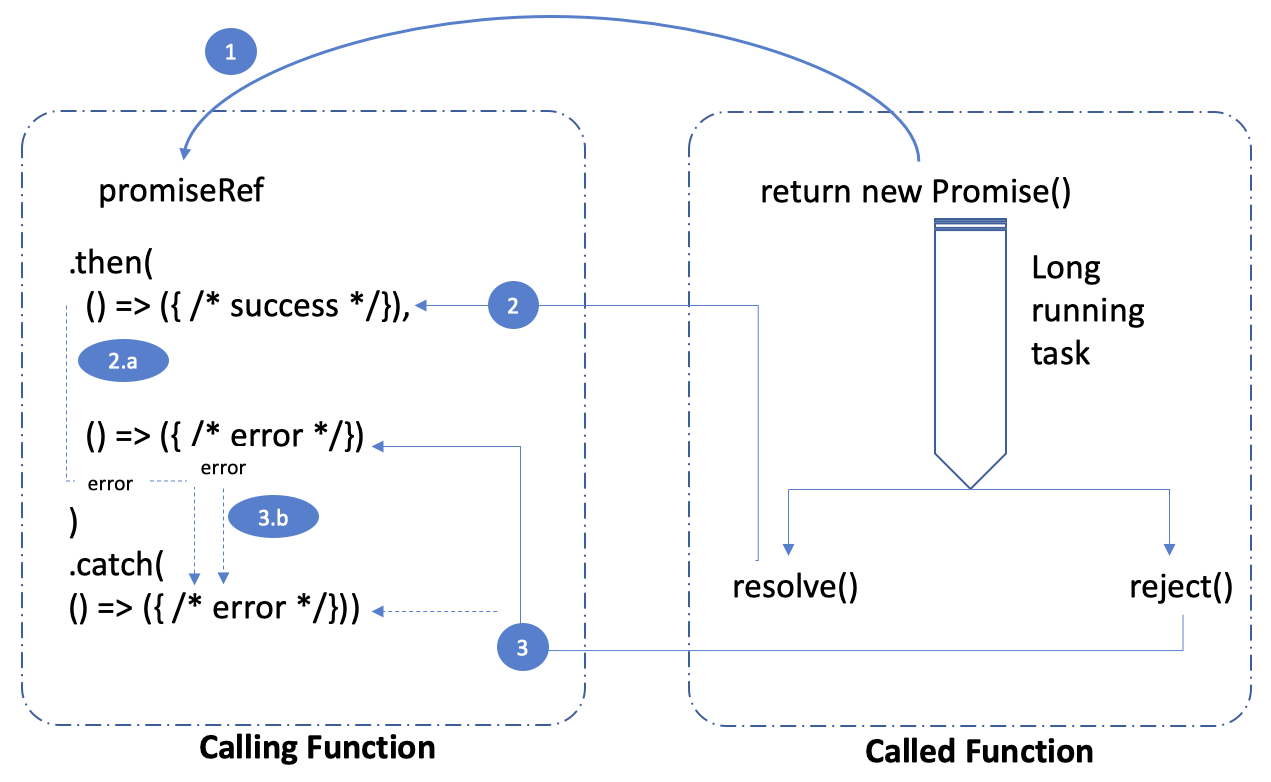 Note: Many times, failure handler might not be defined if catch() is written already. EDIT: reject() result in invoking catch() only if the error handler in then() is not defined. Notice #3 in the picture to the catch(). It is invoked when handler in line# 8 and 9 are not defined.

It makes sense because promise returned by then() does not have an error if a callback is taking care of it.

But with rejected first promise, this is not identical:

Not the answer you're looking for? Browse other questions tagged javascript node.js promise bluebird or ask your own question.

128
Promise : then vs then + catch
16
In a Promise, what's the difference between using catch and the 2nd argument of then?
4
JavaScript Promise: Reject handler vs catch
8
Is Promise.then(a, b) the same as Promise.then(a).catch(b)?
2
What's the difference between using `.catch(function(error)` and `function(errResponse)` when handing errors from AngularJS promises?
0
Why does catch block run?
1
Escaping the promise chain when it's completed
0
Difference between error handling param and catch in JavaScript promises
0
Callback was already called. But I never call callback before that. A bug in async.parallel?
0
Difference between the two scenarios mentioned below?
See more linked questions

502
jQuery deferreds and promises - .then() vs .done()
179
Angular HttpPromise: difference between `success`/`error` methods and `then`'s arguments
120
Correct way to write loops for promise.
144
Handling multiple catches in promise chain
133
How to promisify Node's child_process.exec and child_process.execFile functions with Bluebird?
850
Why do we need middleware for async flow in Redux?
164
Getting a UnhandledPromiseRejectionWarning when testing using mocha/chai
6
Is ".then(function(a){ return a; })" a no-op for promises?
150
Placement of catch BEFORE and AFTER then