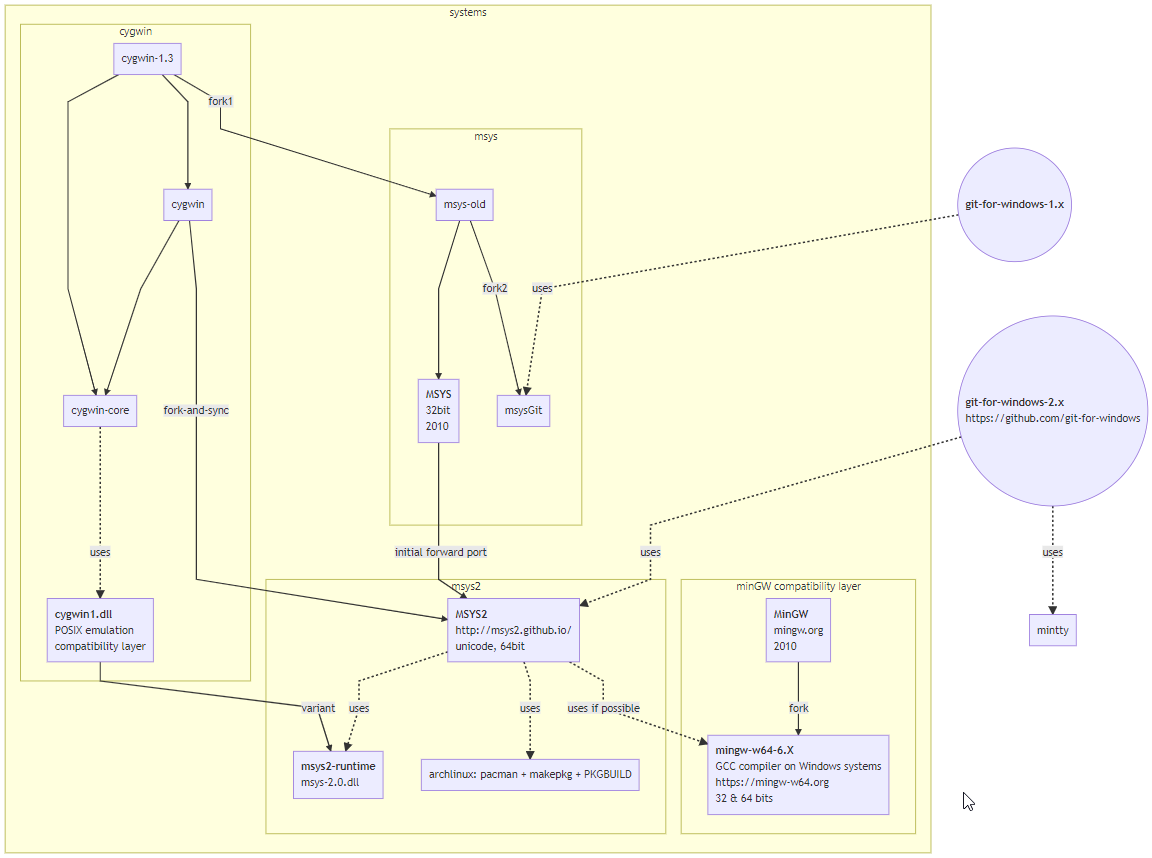 347
Git Extensions: Win32 error 487: Couldn't reserve space for cygwin's heap, Win32 error 0
385
What exactly does git's "rebase --preserve-merges" do (and why?)
208
GIT clone repo across local file system in windows
91
How to add man and zip to "git bash" installation on Windows
90
Move file and directory into a sub-directory along with commit history
76
Package management in Git for Windows (Git Bash)?
31
Unix-style tools on Windows?
42
Why Kiln is based on Mercurial, and not other (D)VCS
31
Difference between msysgit and Cygwin + git?
58
Differences between MSYS2 and Cygwin
See more linked questions

6
Costs and benefits of Linux-like Windows development environment
100
How to install MinGW-w64 and MSYS2?
0
distinguish between MSYS and MSYS2 and CYGWIN
42
What are the differences between msys/git and git-for-windows/mingw-w64-x86_64-git?
0
Building Valama IDE on Windows using MSYS2 and MingW
2
installing OpenMPI or MPICH2 in MSYS2-MinGW
1
How can I simply use pure Mingw GCC after installing MSYS(2)?
1
MSYS2 gcc fatal error in cc1.exe: cygheap base mismatch detected
0
How do I compile C++ code with Boost on Msys2