I am working with an Arduino Nano.

This error appears just after uploading the program on the Arduino board. I have checked my port in my device manager. It says COM11 and in the Arduino software as well COM11 is selected.

I have the Arduino Nano board selected in my Arduino software. Also, there mustn't be any specification error while downloading the software file. Is there anything that I am missing?

This is how I solved the problem. In Device Manager you will find the Arduino COM port. 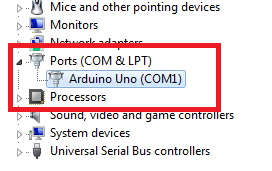 Go to the Advanced properties of the port 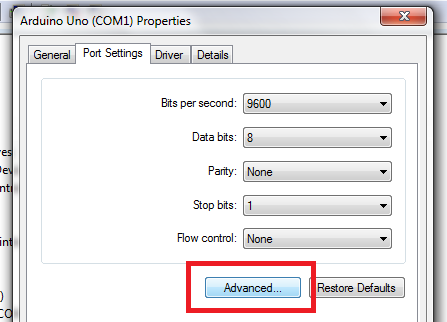 Then replug the USB.

Instead of changing the COM port in Device manager, if you're using the Arduino software, I had to set the port in Tools > Port menu. 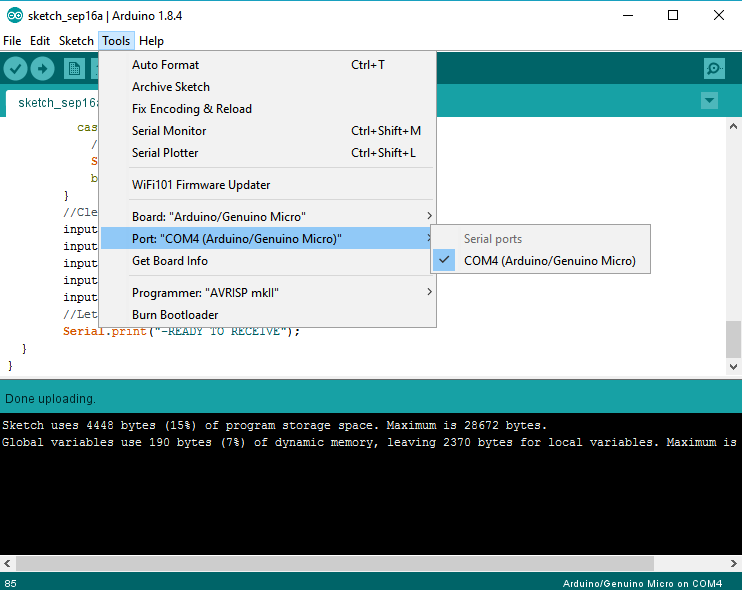 My issue was due to what physical USB female port I plugged the Arduino cable into on my D-Link DUB-H7 (USB hub) on Windows 10. I had my Arduino plugged into one of the two ports way on the right (in the image below). The USB cable fit, and it powers the Arduino fine, but the Arduino wasn't seeing the port for some reason.

Windows does not recognize these two ports. Any of the other ports are fair game. In my case, the Tools > Port menu was grayed out. In this scenario, the "Ports" section in the object explorer was hidden. So to show the hidden devices, I chose View > show hidden. COM1 was what showed up originally. When I changed it to COM3, it didn't work.

There are many places where the COM port can be configured.

Windows > Start Menu > Arduino > File > Preferences > @ very bottom, there is a label named "More preferences can be edited directly in the file".

The user preferences.txt overrides this one:

I was having this same issue this morning. When I checked my Device Manager, it showed COM4 properly, and when I checked in the Arduino IDE COM4 just wasn't an option. Only COM1 was listed.
I tried unplugging and plugging my Arduino in and out a couple more times and eventually COM4 showed up again in the IDE. I didn't have to change any settings.
Hopefully that helps somebody.

Changing the port in Device Manager works for me. I was also able to fix it by finding the port that Arduino was using and then select it from the Adruion IDE from tools menu Tools>Port>Com Port

First, open Device Manager by searching for it in the Windows search bar.