I had the same issue with a version prior to that.

The problem is that after I changed my code and resource files, I still get the old apk installed on the device or emulator.

What do I need to do to get it to run current code? Is it a building config?

Is it a known issue with Android Studio?

Or with a Nexus 4 device?

This is the second time it has happened, and I resolved it(then) after trying one of the steps below. They have not worked for me again.

Here is what I've tried

I have read the following:

None has worked so far.

android-studio building nexus-4
Share
Improve this question
edited May 23 '17 at 11:54

I had the same problem. After trying numerous methods that didn't work, I realized that I had accidentally changed an option in my "Run Configuration". Here's exactly what I did to fix the issue.

This fixed the problem immediately. Hope this helps someone!

The behaviour is erratic. I solved it by reviewing my code.It turned out that there was a resource file that was invalid. Try reverting back to the last working version of your code before the current changes... Probably a known issue that will be/was resolved out of Beta

Google thinks it is a feature, not a bug

Their proposed solution is to copy the apk(s) instead of manipulating the filename, as in e.g.

I am using android studio for building flutter app, I was facing the same issue untill I did the following:

It resolved my problem as of now.

I ran into the same problem and I realized, it gives some problem if you have same layout in multiple orientations(portrait and landscape). If one is changed other remains unchanged and then it creates a conflict. So android studio installs the one with the previous layout

PS: This was happening in my case.

I was also facing this issue and get solution by deleting build folder manually because some time ide cannot be able to delete this. So go to the app folder and find build folder delete this and after clean and build project and run again. projectname->app->build

You should select "Deploy default APK" option in Run/Debug Configurations. After that Android Studio will upload and install new apk to your emulator/device when you run application.

In android studio. at right side. see gradle option. click it. and then press circular arrows button shown in red square. 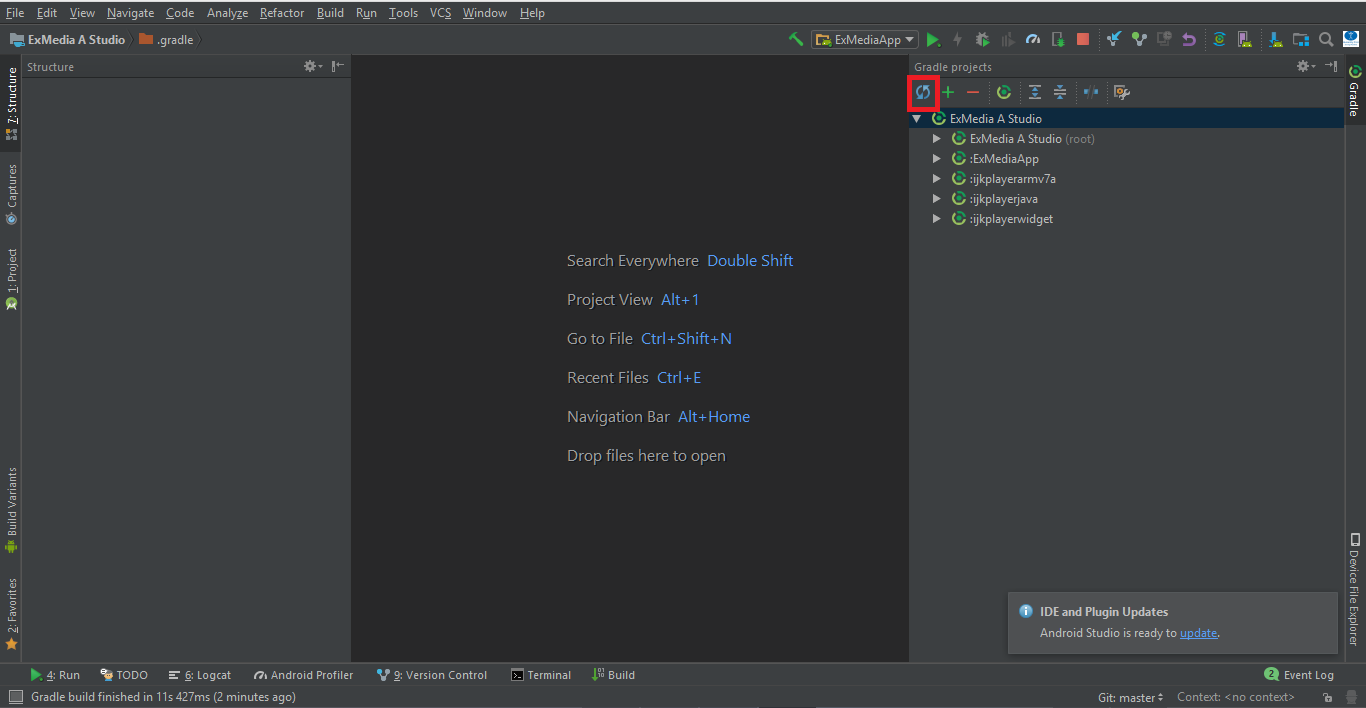 I've spent way too many hours to keep this to myself. The way I fixed it was that I noticed some hours later that I was using different layout version in res/ .... I have actually two versions of layout (layout-v26) and (layout). All this time I was modifying the other one and uploading different one. Maybe its just a newbie mistake but I hope somebody will find it useful.

image of my tree

Same problem, none of the solutions mentioned here had any effect. I had to disable the "Allow parallel run" in "Menu > Run > Edit configurations...".

You can read more about this option here: How to run the same project multiple times in IntelliJ IDEA?

Not the answer you're looking for? Browse other questions tagged android-studio building nexus-4 or ask your own question.