Error:java: invalid source release: 8 in Intellij. What does it mean?

Im trying to compile some code in I'm using Intellij Ultimate 13.1.4, but I get the following error and I have no idea what it means:

My guess is that its something related to Java 8 vs Java 7, but I have no idea what specifically. I've tried to Google around for this message, but they either talk about javac or target release, so it doesn't exactly seem to apply.

I had the same issue when "downgrading" a project from Java 8 to Java 6. The reason was that it was not changed at all places in IntelliJ.

In IntelliJ 13.1.4 I had to change Java and SDK version on the following places not to get this error: 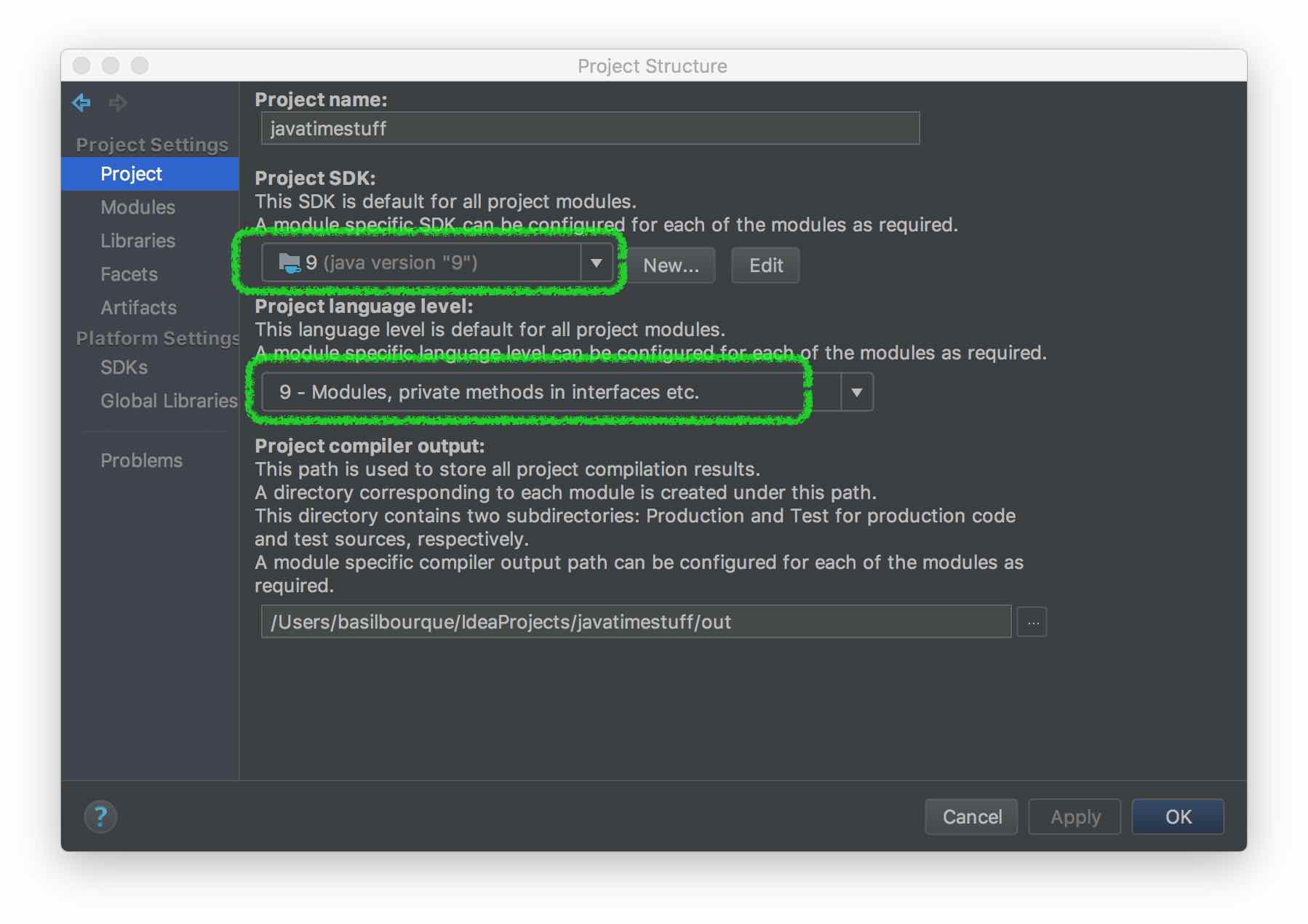 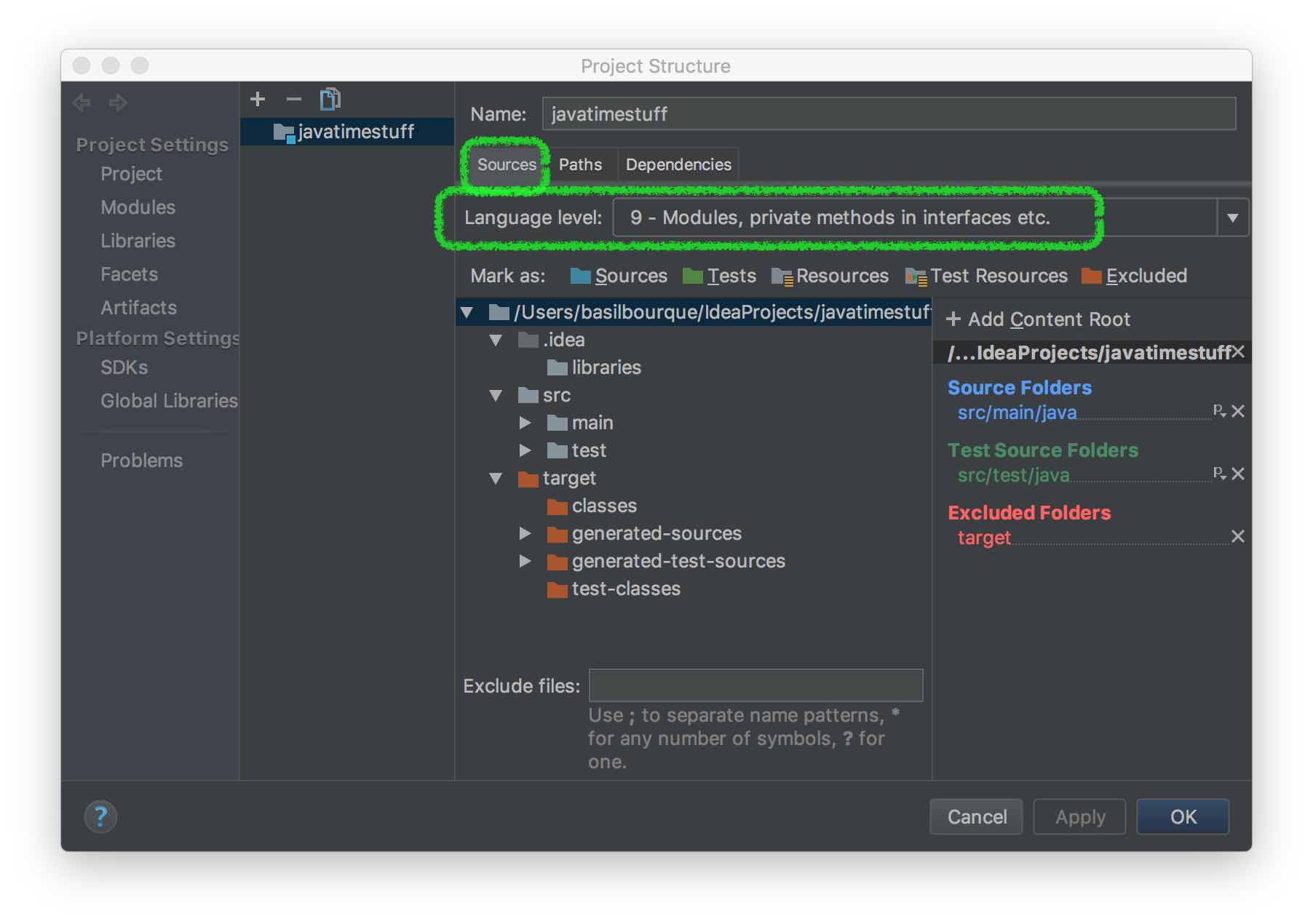 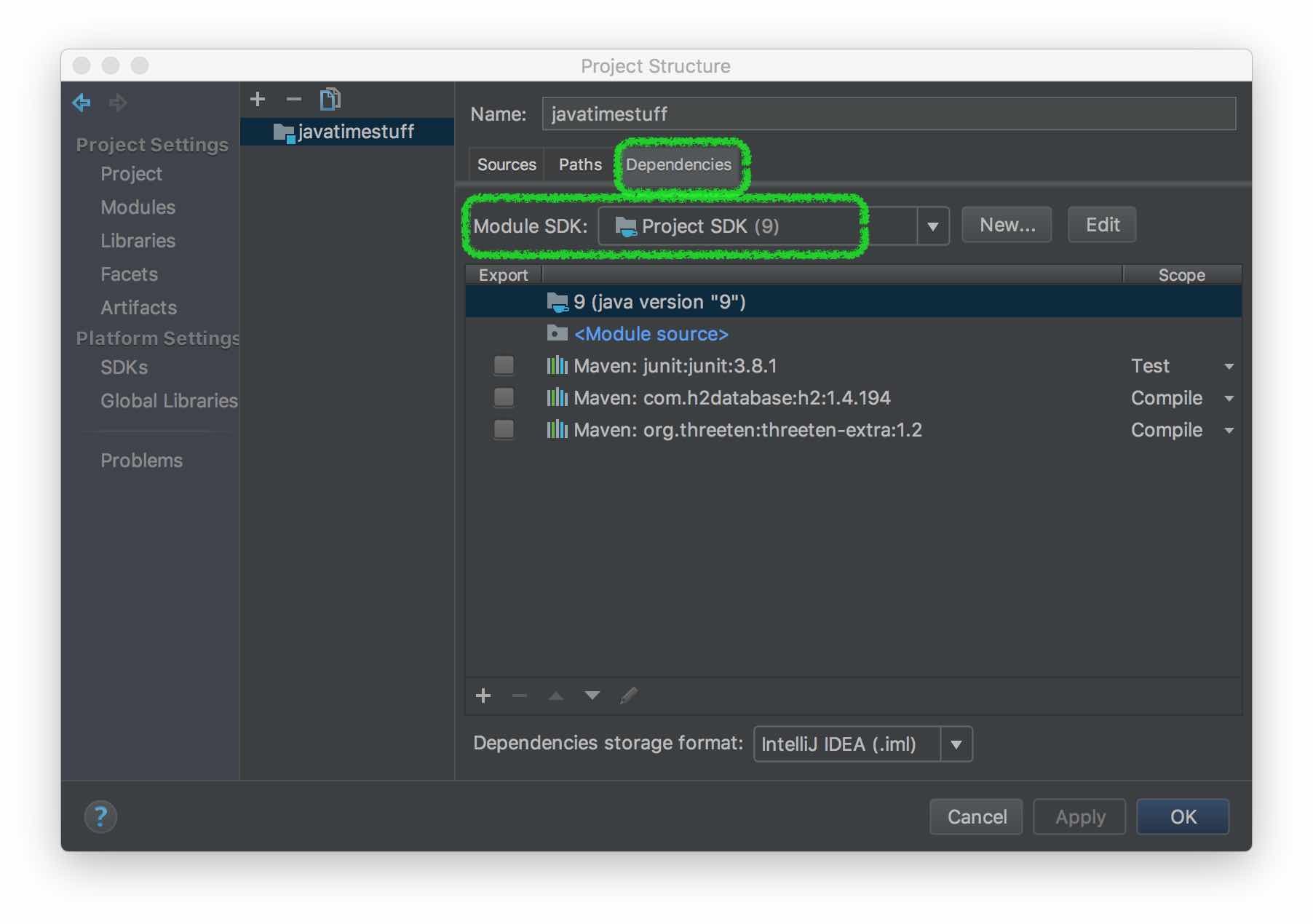 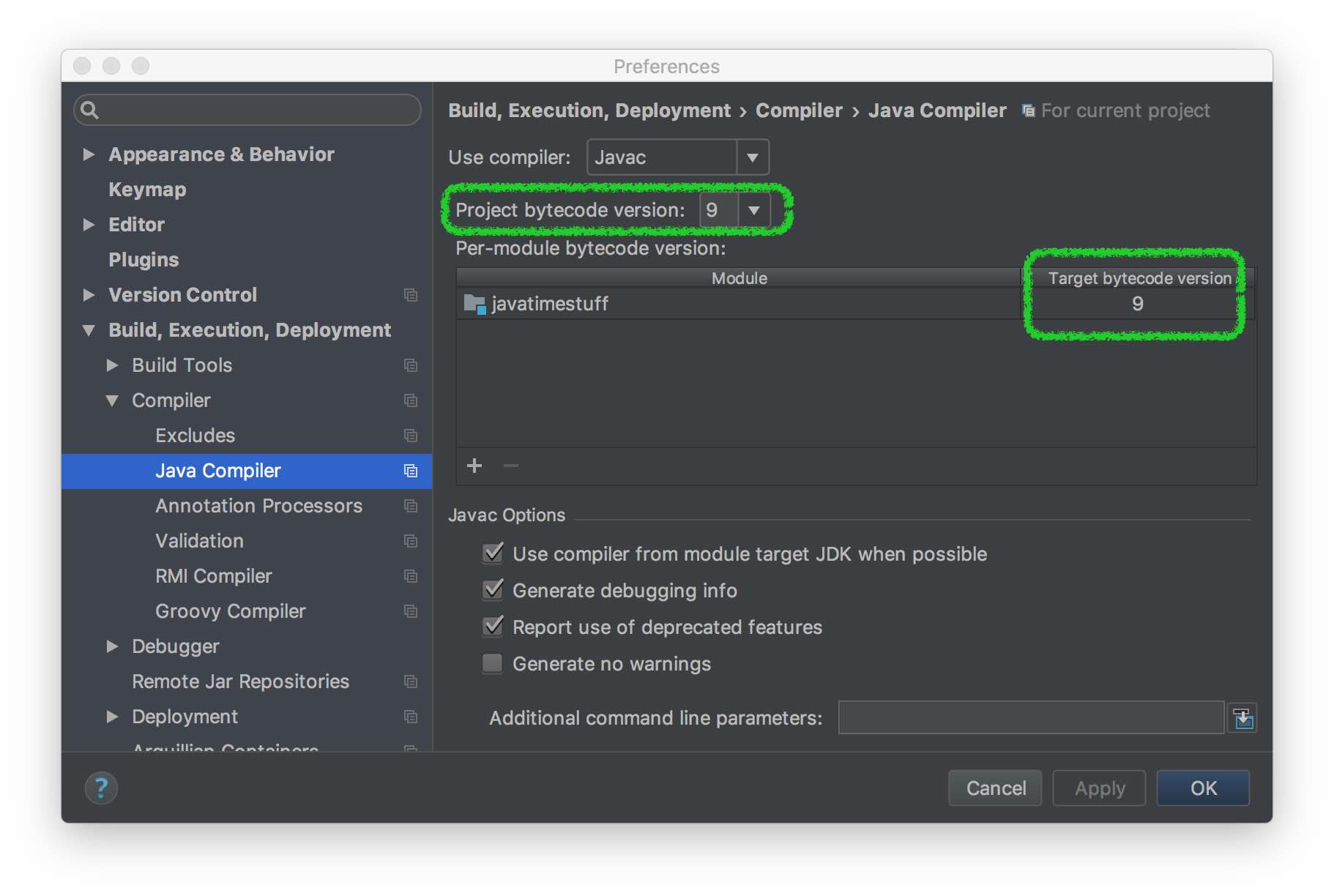 The last bullet was the one that was not updated in my case. Once I changed this, the error disappeared.

For Gradle users having this issues, if nothing above helps this is what solved my problem - apply this declarations in your build.gradle files:

It can be simply overcome by setting on Project Structure. You just need to select the right path for related version of JDK. Select new on dependencies tab, and choose the path. It's done! 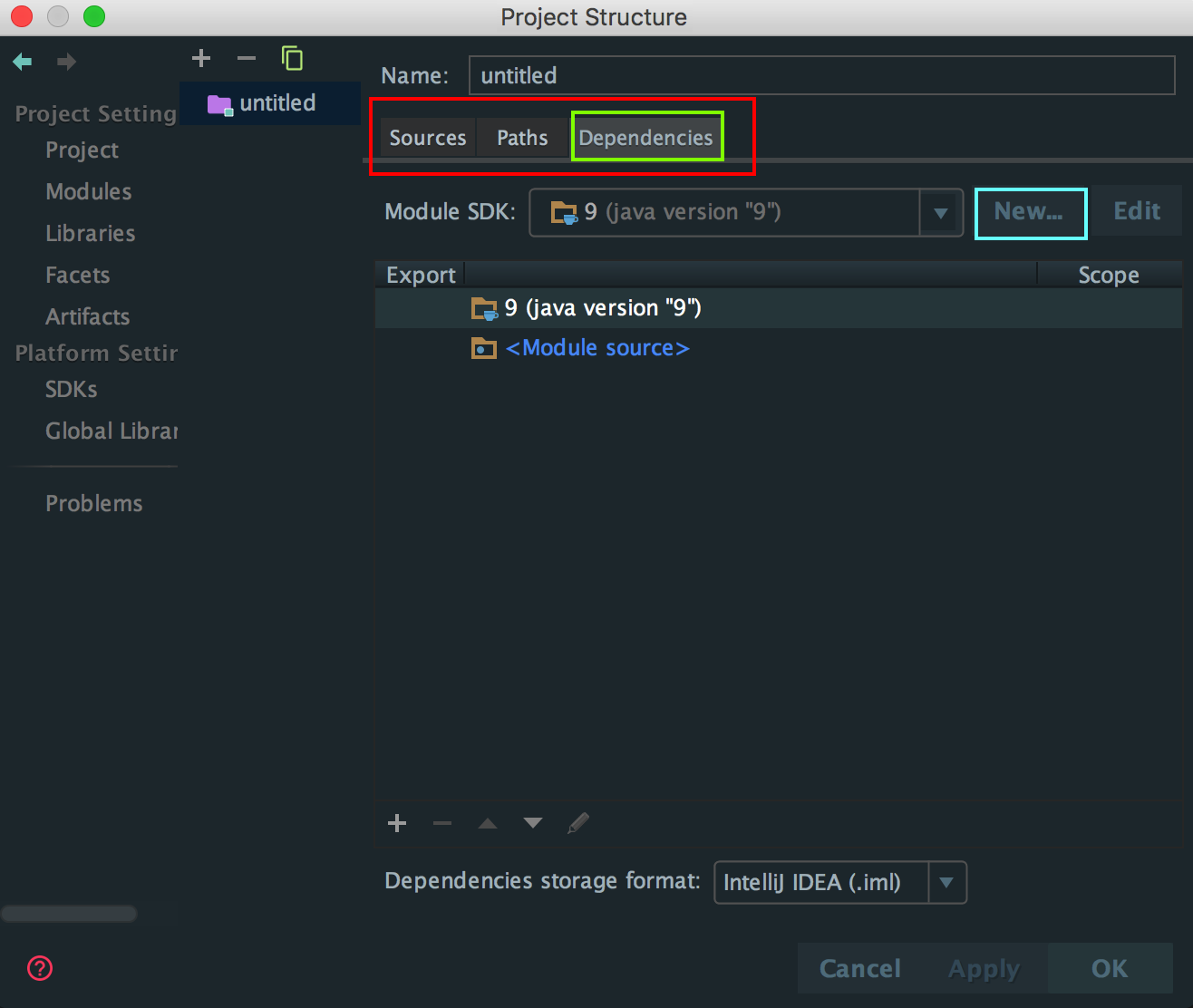 If you are using Gradle as a build tool and you get this error when executing a Gradle task i.e TomcatRun take a look to my other answer to the same question

Andreas Lundgren's answer worked and I was able to compile and run my app.

However, when I tried to run the project's associated JUnit tests I received the same error. Running

from Windows command prompt showed that gradle was still picking up the incorrect jdk. To fix it I had to set the JAVA_HOME environment variable to point to the correct jdk and restart IntelliJ.

I face this error Error:java: invalid source release: 1.8 in IntelliJ Idea 2017.2.6 because I upgraded the dependency version Maven pom file, which(dependency) were supposed to build for JDK 1.8 application and I were building my application on and with maven compiler source and target JDK 1.7.

Hence I again downgrade the dependency version to earlier one in Maven pom, and the error gone after project Rebuild Module 'xyz_project'.

For Grails users, apply these declarations in your BuildConfig.groovy file:

You need to click to the project Open Module Settings and change the path of your JDK, if in the file POM you use jdk 1.8, configure jdk 1.8 with correct path.

but very important is Edit Configurations 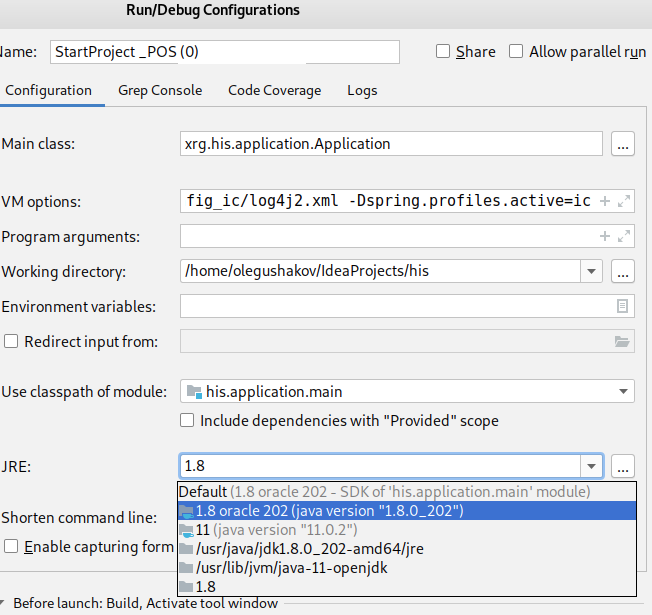 I tried out all the steps mentioned in here https://stackoverflow.com/a/26009627/2058104, but the 4th point has now changed. You need to go to Preferences -> Build, Execution, Deployment -> Compiler -> Java Compiler

In there, as shown in below figure, you need to change the "Target bytecode version". Although, I changed it to 8 (since I needed to downgrade to Java 8), it was giving the same error, over and over. Therefore, try to remove the existing entry (in this table) and add it again. This worked for me.

On the other hand, clean the project and try to run again.

Not the answer you're looking for? Browse other questions tagged java intellij-idea compilation javac intellij-13 or ask your own question.