How to use k-fold cross validation in a neural network

We are writing a small ANN which is supposed to categorize 7000 products into 7 classes based on 10 input variables.

In order to do this we have to use k-fold cross validation but we are kind of confused.

We have this excerpt from the presentation slide: 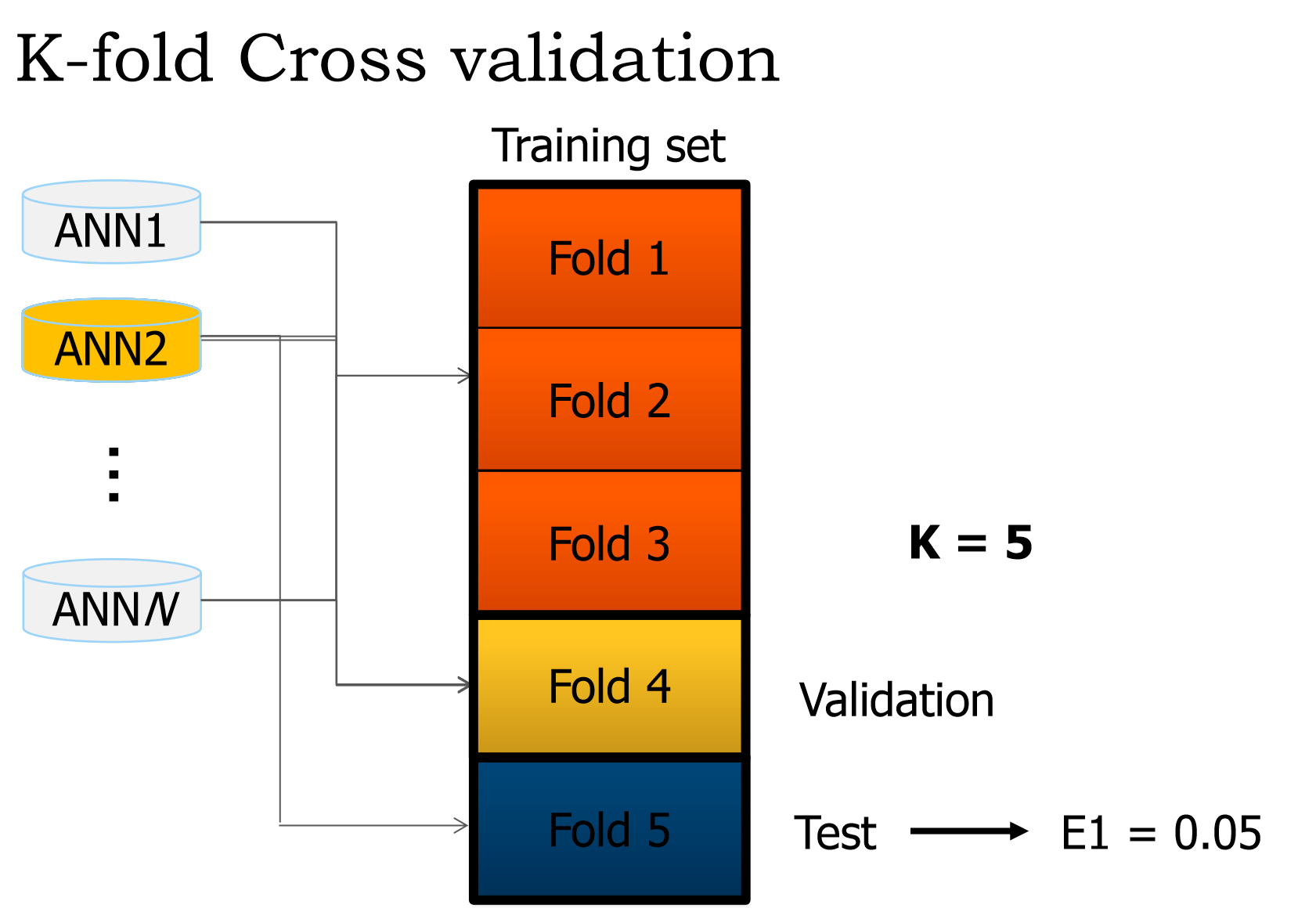 What are exactly the validation and test sets?

From what we understand is that we run through the 3 training sets and adjust the weights (single epoch). Then what do we do with the validation? Because from what I understand is that the test set is used to get the error of the network.

What happens next is also confusing to me. When does the crossover take place?

If it's not too much to ask, a bullet list of step would be appreciated

You seem to be a bit confused (I remember I was too) so I am going to simplify things for you. ;)

Whenever you are given a task such as devising a neural network you are often also given a sample dataset to use for training purposes. Let us assume you are training a simple neural network system Y = W · X where Y is the output computed from calculating the scalar product (·) of the weight vector W with a given sample vector X. Now, the naive way to go about this would be using the entire dataset of, say, 1000 samples to train the neural network. Assuming that the training converges and your weights stabilise you can then safely say that you network will correctly classify the training data. But what happens to the network if presented with previously unseen data? Clearly the purpose of such systems is to be able to generalise and correctly classify data other than the one used for training.

In any real-world situation, however, previously-unseen/new data is only available once your neural network is deployed in a, let's call it, production environment. But since you have not tested it adequately you are probably going to have a bad time. :) The phenomenon by which any learning system matches its training set almost perfectly but constantly fails with unseen data is called overfitting.

Now what happens is that the neural network is trained on the Tr set and its weights are correctly updated. The validation set Va is then used to compute the classification error E = M - Y using the weights resulting from the training, where M is the expected output vector taken from the validation set and Y is the computed output resulting from the classification (Y = W * X). If the error is higher than a user-defined threshold then the whole training-validation epoch is repeated. This training phase ends when the error computed using the validation set is deemed low enough.

Now, a smart ruse here is to randomly select which samples to use for training and validation from the total set Tr + Va at each epoch iteration. This ensures that the network will not over-fit the training set.

The testing set Te is then used to measure the performance of the network. This data is perfect for this purpose as it was never used throughout the training and validation phase. It is effectively a small set of previously unseen data, which is supposed to mimic what would happen once the network is deployed in the production environment.

Given k = 10, for each value of K you will split your dataset into Tr+Va = 90% and Te = 10% and you will run the algorithm, recording the testing performance. 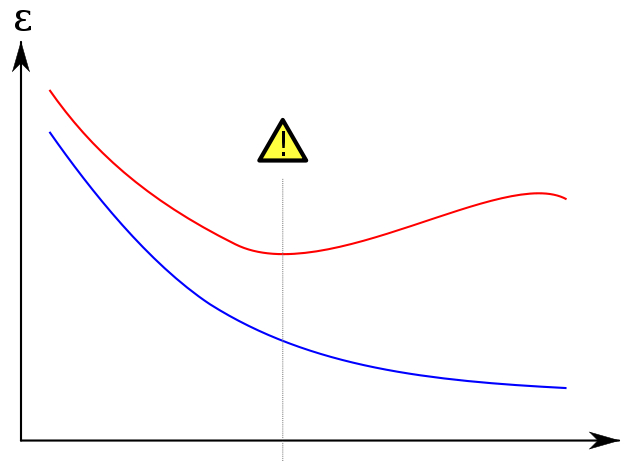 For more references this excellent book will give you both a sound knowledge of machine learning as well as several migraines. Up to you to decide if it's worth it. :)

You have now collected aggregate results across all the folds. This is your final performance. If you're going to apply this for real, in the wild, use the best parameters from the grid search to train on all the data.

Not the answer you're looking for? Browse other questions tagged validation machine-learning neural-network backpropagation or ask your own question.

5
What is an epoch in ANN's and how does it translate into code in MATLAB?
3
Neural Network System Identification
1
How to use k-fold cross-validation instead of train_test_split for Regression Neural Network
0
Hyper-parameter tuning and Over-fitting with Feed-Forward Neural Network - Mini-Batch Epoch and Cross Validation
0
understanding test and validation set usage for early stop and model selection
0
Neural net training very slowly (R)