Is there some pattern on Random() method?

I started making a project where there are goats! Yeah Goats. Currently there is only one function, when I click a goat, it create another goat in a Random position. I realized that there is a pattern of positions: 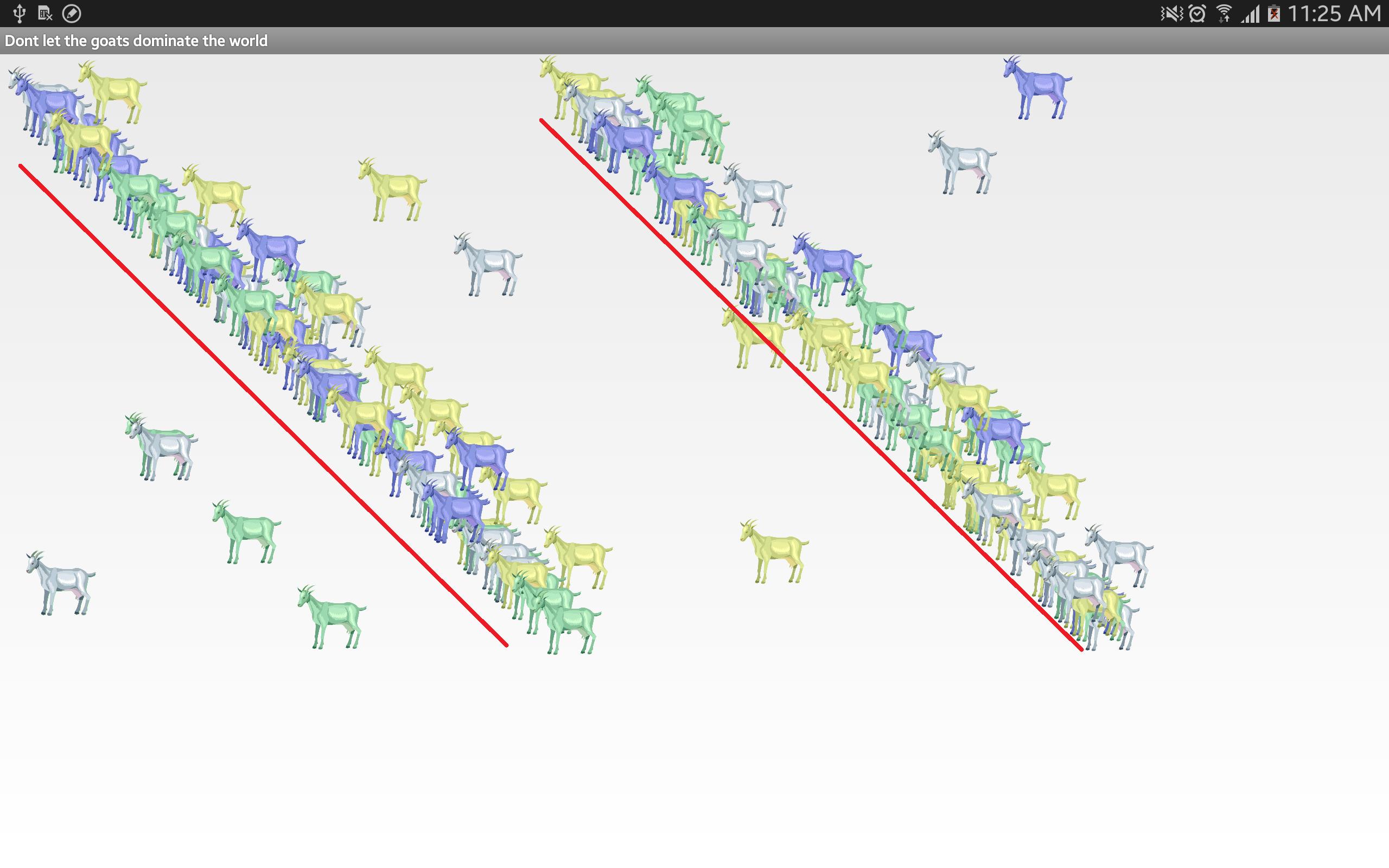 I would like to know why this pattern is being created although I'm using Random().NextInt() to define goats positions.

First, you're creating a new Random object each time. In Android, the initial seed is derived from current time and the identity hash code:

The currentTimeMillis() does not provide much difference to the seeds either.

The random itself is a linear congruential generator of the form

where random[0] is the seed and a, b and c are parameters.

The reason you're seeing similar initial output from nextDouble given similar seeds is that, because the computation of the next integer only involves a multiplication and addition, the magnitude of the next integer is not much affected by differences in the lower bits.

Hence, your two successively generated Randoms with default seeds will produce values that seem to be correlated and make your goats get positioned on a line.

To fix it, use the same Random object and/or a more random pseudorandom generator than a linear congruential one.

You are creating new instances of Random with every call to criarCabra and every invocation of onClick. Create a single static instance of Random, then re-use it.

Unless you really know what you're doing and have a very good reason to be doing it, the best practice is to only create one instance of Random per program and then poll it whenever you need additional values.

Not the answer you're looking for? Browse other questions tagged android design-patterns random or ask your own question.