I am not able to create a new Dynamic Web Project in eclipse indigo. I am getting the following error while creating new one. 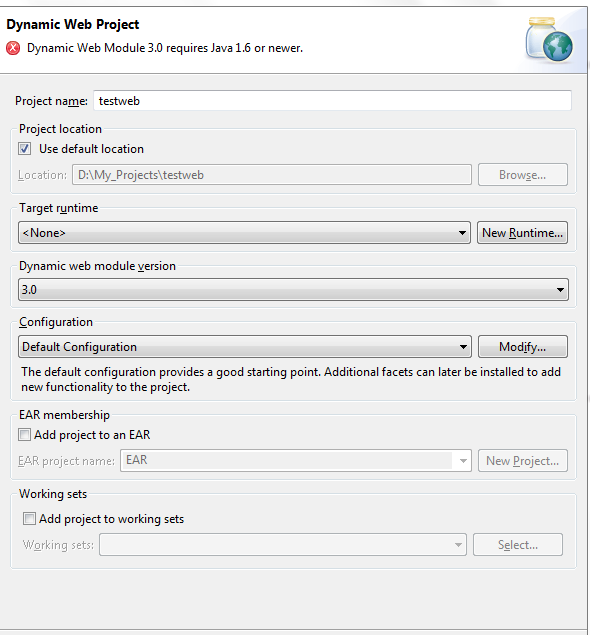 This is late answer. But may help to other. If you are using Maven based project. You just include following code in pom.xml file. It can be resolved.

Update: Similarly if you are using jdk version 1.8 just include it in your <source> and <target> tags.

Just Change "the dynamic web module version" to 2.5 and than change it back to 3.0 and the error disappears. It worked fine for me.

Answer was correct :), But slightly need a correction.

after you enable java compiler to 1.7 then go to facet then first check java instead of Dynamic module. Then it will allow you to check the Dynamic module.

I don't know if this might work for you guys, but here is my case:

I dont know the reason though.

if you are using maven

my eclipse is pointing to jre version 1.7 , but somehow while creating dynamic web project it is taking java verion 4. i solved it by changing it through configuration>modify>java version to 1.7, in the same panel.

Most probably you have several installed java versions on your PC, and your Eclipse is started based on old version.
In command line java -version command shows default one or even first installed one, which is saved somewhere in registers, and it is not always that which is used by your applications. (As example, I have only 1.7 installed physically now but java -version shows old one 1.5)

You may try next: right click on Eclipse shortcut, chose Shortcut tab, and change Target field so that it run with -vm argument pointing on that Java version you need:
"D:\eclipse-jee-kepler-R-win32-x86_64\eclipse\eclipse.exe" -vm "C:\Program Files\Java\jdk1.7.0_45\bin\javaw.exe"

i had the same problem, see what i did: first screen Shot: 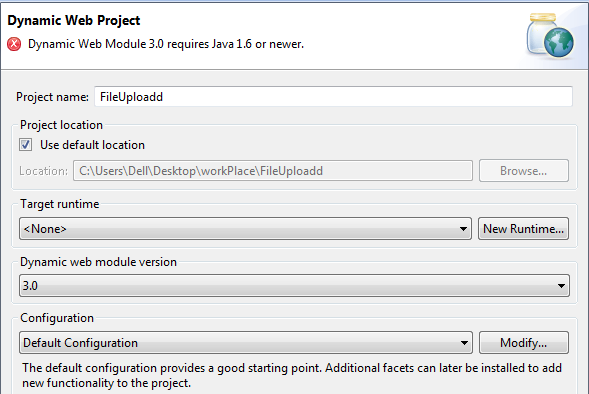 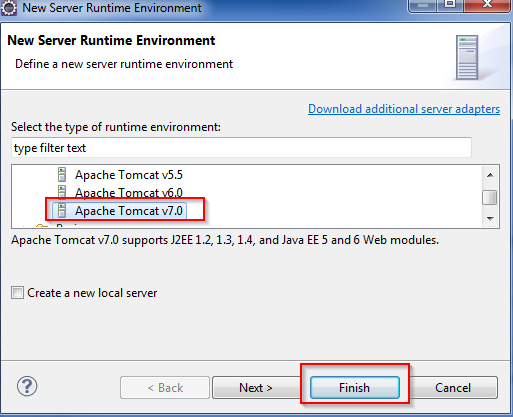 now the error has been removed

if there is any different JDK version (more then one jdk )installed previously uninstall all of it. then install fresh one jdk (latest ) n to configure java environment see follow this link....

There are different reason for this problems but this is the most cases. is not solved contact at sanlama21@outlook.com

Go to **Configuration->Modify->java->**select java version 1.6 or later on ..Error will disappear.. thanks.

I followed the steps in the link and it worked for me solving-dynamic-web-module-3.0 requires java 1.6 or newer in maven projects

Follow below steps and all errors will be gone -

I needed to modify the configuration and create a new runtime for tomcat. Not sure what happened to the original installation, but creating a new one did the trick. 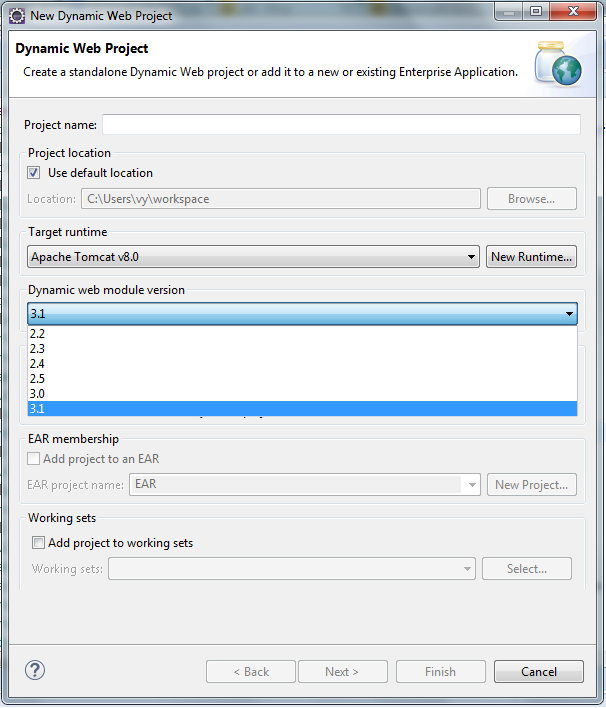 file >> New >> Dynamic web project >> Enter project name >> Change 'Dynamic Web module version' from 3.0 to a lower version ,say 2.5, then change it back to 3.0 , the error message disappears . I think the initial error message that says it requires java 1.6 or above is a bug in Eclipse Java EE.

The following worked for me

save it and refresh the project 4. then try to add Dynamic web module in project facets.