How to view the dependency tree of a given npm module?

How can I get the tree of a module available to npm, but not installed locally ?

npm ll does the job for locally installed packages. But it doesn't work for modules not installed or modules installed globally.

I tried npm list bower but that's not it.

You can use the npm-remote-ls module. You can install it globally:

Alternatively, npm@5.2.0 installed then you can use npx and avoid globally installing the command - just call:

This will generate a dependency tree for the project at the current directory and print it to the console.

You can also set the maximum depth level by doing

Note that you can only view the dependency tree of a dependency that you have installed either globally, or locally to the NPM project.

This site allows you to view a packages tree as a node graph in 2D or 3D. 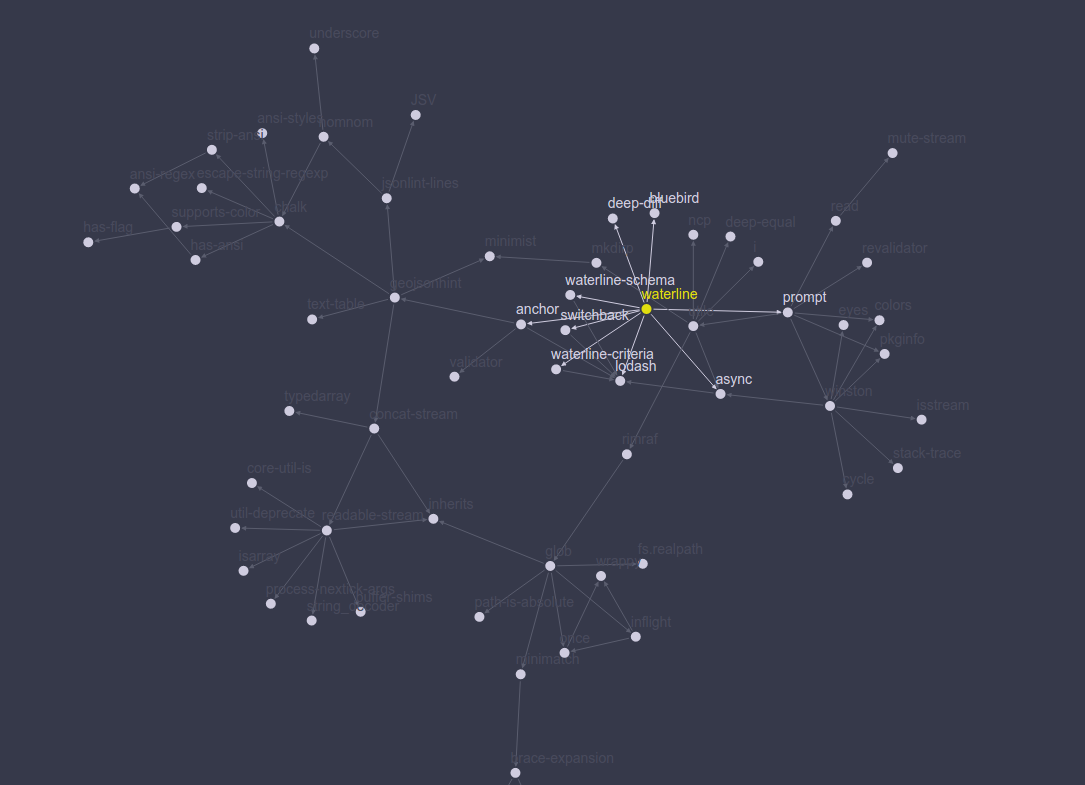 Here is the unpowerful official command:

It prints only the direct dependencies, not the whole tree.

If you want to get the actually dependency path of specific package and want to know why you have it, you can simply ask yarn why <MODULE>. example:

View All the metadata about npm module

View All Dependencies of module

View All Version or Versions module

View All the keywords

You can use howfat which also displays dependency statistics: Unfortunately npm still doesn't have a way to view dependencies of non-installed packages. Not even a package's page list the dependencies correctly. 🙄

Allows one to use its info command to view accurate dependencies:

Not the answer you're looking for? Browse other questions tagged npm or ask your own question.

10
Node sqlite node-gyp build error: no member named 'ForceSet' in 'v8::Object'
0
How to list all dependencies of the module without installing them

1633
How can I update NodeJS and NPM to the next versions?
572
How do you prevent install of “devDependencies” NPM modules for Node.js (package.json)?
2134
Find the version of an installed npm package
1251
How do I completely uninstall Node.js, and reinstall from beginning (Mac OS X)
1050
How to uninstall npm modules in node js?
898
How to install a previous exact version of a NPM package?
1958
How do I update each dependency in package.json to the latest version?
1968
What's the difference between dependencies, devDependencies and peerDependencies in npm package.json file?
404
Why does npm install say I have unmet dependencies?
1856
NPM vs. Bower vs. Browserify vs. Gulp vs. Grunt vs. Webpack