I kept getting kicked out of my compute engine instance after a few seconds of idle with the indicated error (255). I used 'gcloud compute ssh' to log in. I am using the default firewall setting, which I believe would be good enough for ssh. But if I am missing something, please so indicate and suggest the fix for this error. Basically I can't get any efficient work done at this point having to ssh in so many times.

gcloud denies an ssh connection if there was a change in the setup, e.g. after you changed your default zone or region, or you created another instance. Then, you must update the ssh keys in your metadata by

If this complains about different entries in your config file where your ssh key entries are stored, ~/.ssh/config, delete this file and execute the above command again.

If you have installed gcloud without sudo, you can omit sudo.

The next time you get exit code 255 from ssh try running with --ssh-flag="-vvv" (more v's => more debugging output) and see if it helps track down connection problems.

For those who stop by this page. This helped me to solve the problem. Try to the following:

It seems a feature/issue from Google Cloud Platform itself, we are going to continue checking it.

After that, retry the 'gcloud compute ssh' command.

This is a real problem with very little documentation to dealing with it.

Sometime after creating the instance using the gcloud sdk ssh snippet provided via GCP console stopped working and continually errors with 255 making connecting to ssh on the instance only available through browser via GCP console for the compute instance in question. Not to mention this has happened to me on many different instances some without touching the default account permissions after initial setup and deployment which is overly frustrating. Cause for no reason it just stops working...works, then doesn't...

The only thing that worked for me was creating a new user to connect with through gcloud sdk! Be it Windows/PowerShell or Linux locally, using the following snippet:

I've tried updating the account, tried deleting the user and credentials from the instance, nothing appears to work. using:

But creating a new user works every time, and once the user is created you can keep using that user via gcloud sdk

It's a work around, and I hate work around's for things like this but for my sanity this works at least until I can figure out how to reset the default account permissions, so if anyone has any ideas there or can point me in a direction for that I'd more than appreciate it!

IT was my mistake stating that the default firewall would allow all connections into an instance. The contrary turned out to be true. Please refer to an appropriate firewall rule must be set up to allow connection into an instance

If you have Identity-Aware Proxy (IAP) enabled for your setup, try adding the --tunnel-through-iap option to the gcloud compute ssh command.

More information for people landing on this page, if you're using preemptible instances to save some compute costs, that could also be the reason for getting kicked out like this. Your instance may have just randomly stopped.

In my case, the I had created a bootable disk for the VM without adding the information of what source-image it needs to have. Because of this, even though the instance was coming up alright and ssh-allow rule was there, the VM was not booting up.

Finally added the source image to the disk and I was able to ssh into the VM.

Hope this helps for someone.

I had the same error . i restarted the VM instance and ssh workis fine

I had the problem where after clicking on the SSH button it would keep trying to establish a connection and fail. After long struggle I resolved it by adding Service Account User role to myself. If your account was created after the VM instance was created, it might result in this situation.

I know this was opened a long time ago, but for a more recent update on this topic. I had the same trouble connecting via ssh. It was giving the error code 225. Obviously there was a connectivity issue. There was already a firewall rule set under VPC network-> Firewall to allow ssh. However, to fix this problem I had to go to the specific network and create a rule under the network Firewall Rules. VPC network details -> FIREWALL RULES and create an inbound TCP rule for port 22.

if you are having a problem trying to access you g-cloud VM instance from your computer terminal remotely, and are getting the error code 255,the problem is that the ssh protocols in your computer are wrong or not updated.

In this case the best way to fix it is to go to your home directory (in your computer) check the hidden files and find the folder ".ssh" .Just delete this folder and re-open your bash terminal. Then run again your gcloud vm command.

Do you want to continue (Y/n)?

Type "Y" and gcloud will setup the new protocols by creating a brand new updated .ssh file. After that you should be able to access your VM with your gcloud command without any problem.

That should solve the problem Cheers https://blackpearlmatrix.com

had the exact same symptoms - in my case the reason appeared to be the following. I was using root user + ssh key whereas root login is by default disabled in /etc/ssh/sshd_config (PermitRootLogin property).

I eventually had to delete my instance and make a new one with the same disk. See https://cloud.google.com/compute/docs/troubleshooting/troubleshooting-ssh#use_your_disk_on_a_new_instance for details.

For me, my other teammates were able to login into the machine, but not me. So I asked them to create a user of my name with sudo rights, logged into serial console and changed passwordAuthentication to yes followed by sudo service ssh restart (for few this could be sudo service sshd restart.)

This trick worked fine for me.

Reinitializing the gcloud with "gcloud init" and generating new ssh keys resolved the problem for me.

I had same issue.

I had connected the serial control and had checked logs. and there was some error log like "there is no disk space". Then I had resized disk as written in this document.

Now I am able to connect to instance with ssh. 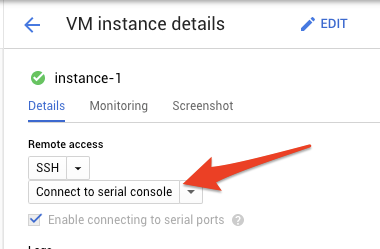 So, I was getting the same error but in my case I was not able to log in to the instance at all.

What worked for me: I tried reinstalling lots of things and re-initializing various config and then landed on a thread which suggest to change the Internet network you are using and it worked!!

It's possible you have a rule that only allows whiltelisted IPs to ssh into a gcloud VM. So you may have forgotten to enable your work VPN or out of your work's office IP.

I got the same error and tried gcloud config ssh as mentioned previously to no avail. I then checked that the IDs and roles of serviceaccount and developer had 'editor' permissions, and that was fine. I started a new instance and logged out of all of my other google accounts and it still threw the error. Then, I restarted my computer and did not log back into my other google accounts. That fixed it.

If this is the case with you, then fix is simple: remove the instance metadata entry for that user, key combo (have attached an image for ref, just click X and remove your faulty key) and try ssh again 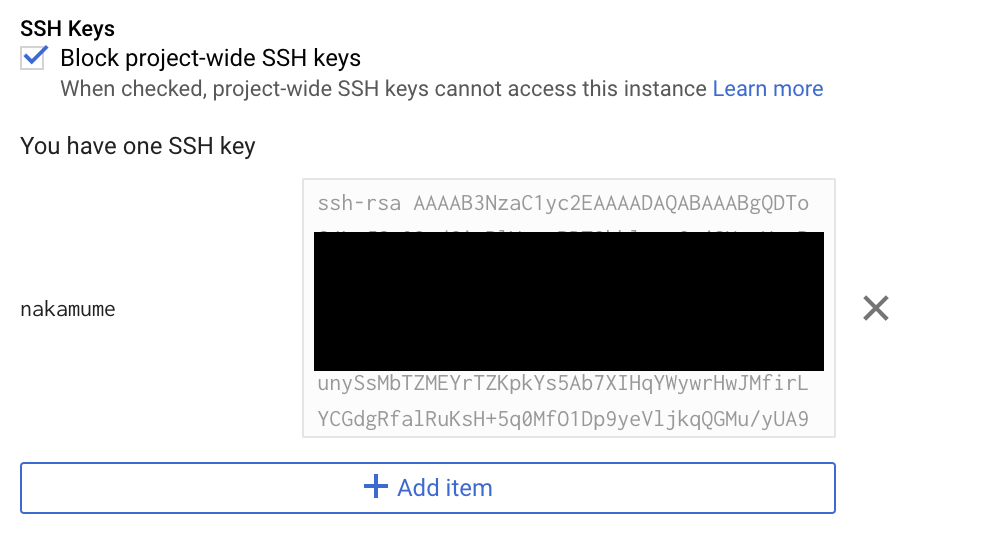 What worked for me was turning my firewall on. (On a Mac, ssh'ing into a gcp instance).

In another instance of the error, my connection worked fine when I was on ethernet, but not when I was on wifi. Switching back to ethernet allowed me to connect again.

Not the answer you're looking for? Browse other questions tagged ssh gcloud or ask your own question.