Sending SMS in iOS with Swift

First of all, I'm really surprised that this is not a duplicate, because there are TONS of stackoverflow questions that solve this in Objective-C, but I have yet to see a good answer that used Swift.

What I'm looking for is a code snippet in Swift that sends an arbitrary string as a the body of a text message to given phone number. Essentially, I'd like something like this from Apple's official documentation, but in Swift instead of Objective-C.

I imagine this isn't too difficult, as it can be done in just a couple of lines of code in Android.

EDIT: What I'm looking for is 5-20 lines of Swift code, I do not agree that this is too broad. In Java (for Android), the solution looks like this:

Now this is the android solution, and it's only 11 lines. Java tends to be much more verbose than Swift, so I doubt what I'm asking is "too broad", it is more likely that I don't know how to use the Objective-C MessageComposer object, because the documentation that I linked to above is unclear with regard to usage in Swift.

Not sure if you really got the answer. I was in a similar hunt and came across this solution and got it to work.

For sending iMessage in Swift 5 I use following code 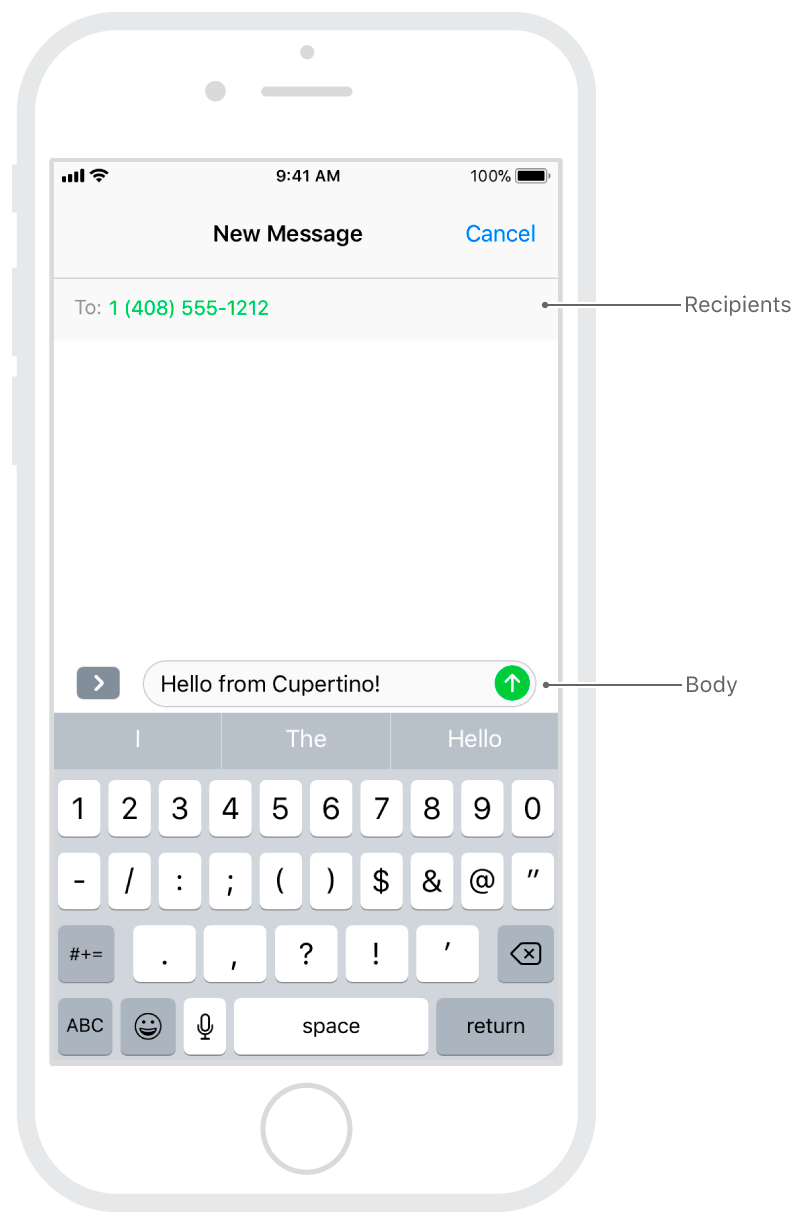 Make sure you replaced spaces with "%20"

If you do not want to depend on an UIViewController, follows a Swift 3.0 solution:

You call the composer this way:

or using a lazy var

Not the answer you're looking for? Browse other questions tagged ios swift iphone sms imessage or ask your own question.

538
How to programmatically send SMS on the iPhone?
3
how to send verification code by sms in swift 2
-2
SMS Apps - Who pays ? Where is it coming from?
1
How to set recipient number in SMS activity from UIActivityController
0
SWIFT & XCODE 7 : Click on a Button and Send SMS (not using the app Message)

538
How to programmatically send SMS on the iPhone?
1088
How to change the name of an iOS app?
1383
How can I check for an active Internet connection on iOS or macOS?
1068
How to change Status Bar text color in iOS
1094
How do I call Objective-C code from Swift?
998
#pragma mark in Swift?
910
How to iterate a loop with index and element in Swift
128
Importing a Swift protocol in Objective-C class
485
Close iOS Keyboard by touching anywhere using Swift
214
Swift extract regex matches