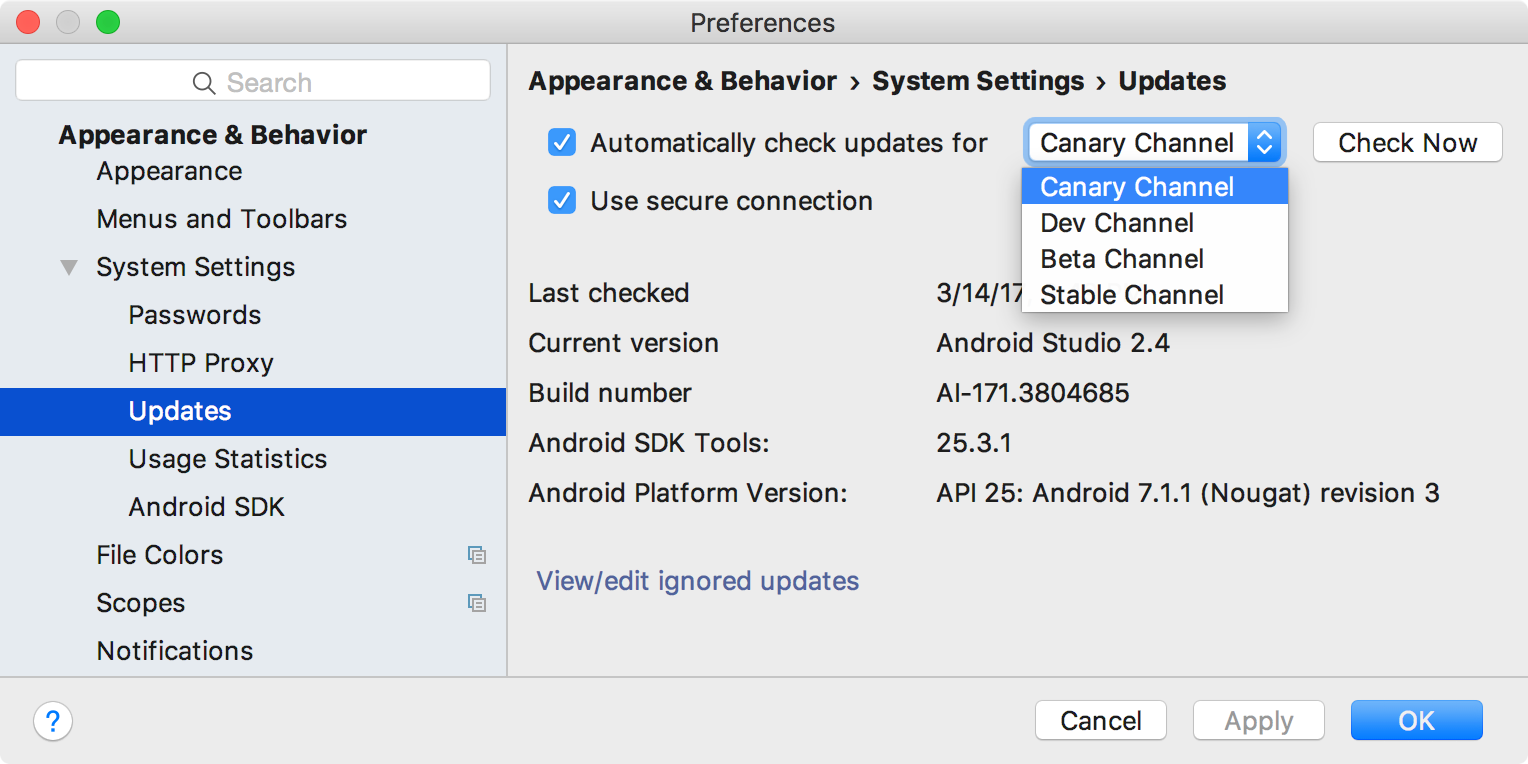 Canary channel: Canary builds are the bleeding edge, released about weekly. While these builds do get tested, they are still subject to bugs, as we want people to see what's new as soon as possible. This is not recommended for production.

Dev channel: Dev builds are hand-picked older canary builds that survived the test of time. It should be updated roughly bi-weekly or monthly.

Beta channel: This is used for beta-quality releases.

Stable channel: This is used for stable releases, which are considered suitable for production.