Eclipse: The specified JRE installation does not exist

I used to have Eclipse configured well and work fine before. But I just uninstalled it and installed Eclipse Juno again on my Mac OS 10.10 today. But I kept getting this error: "The specified JRE does not exist."

I know it's a pretty simple and commonly seen problem, I just needed to install JRE and/or JDK into this clean Eclipse, however things didn't get work out.

And I've searched extensively on Stack Overflow: The posts I've looked at including: How to install JRE 1.7 on Mac OS X and use it with Eclipse? I followed exactly what the accepted answer said, but after having downloaded the JDK from http://www.oracle.com/technetwork/java/javase/downloads/index.html and installed it, I was going to add it to Eclipse via Preferences -> Java -> Installed JREs, however, I didn't see it as expected, the following is a screenshot of what I saw when I went to Preferences -> Java -> Installed JREs 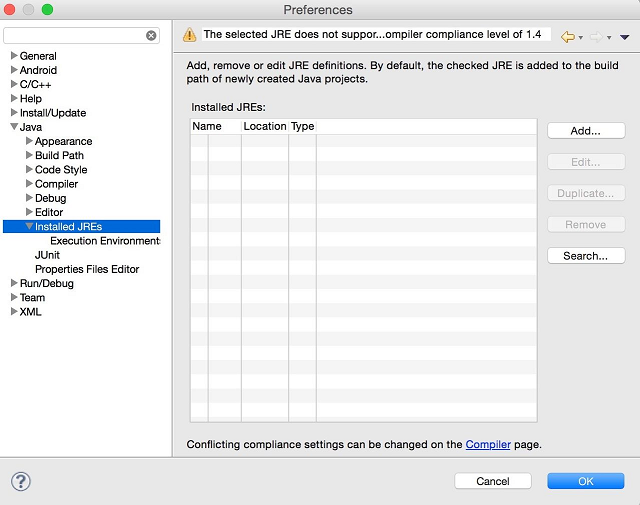 But the screenshot just says the installed JREs list is BLANK, I couldn't add any JRE into my Eclipse.

Also, I've tried other things that people have suggested: Properties -> Java Build Path what I see here is: JRE System Library OSGi/Minimum-1.2 with a red crossing sign in front of it (indicating something wrong with it?) So, I'm also blocked with this approach.

I had the same problem. This is how I fixed it. 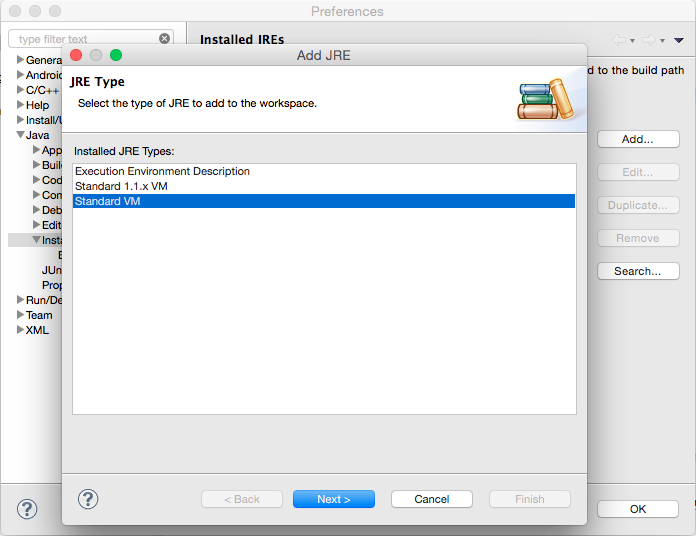 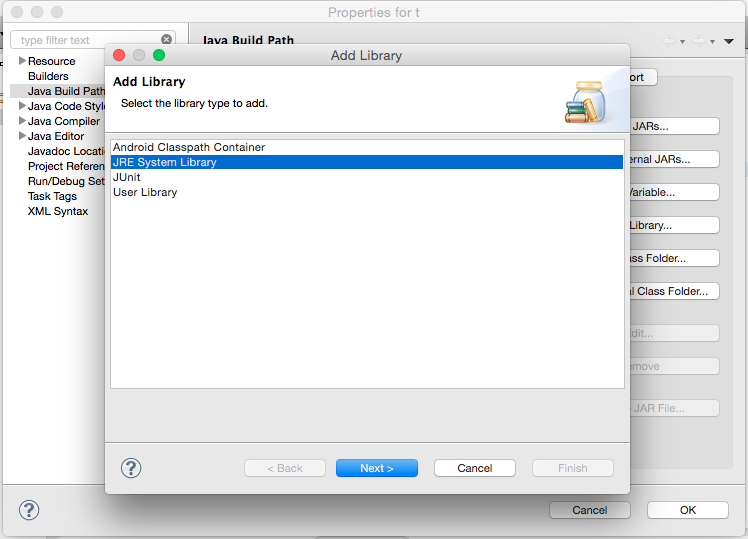 This is what you should see if you did it right: 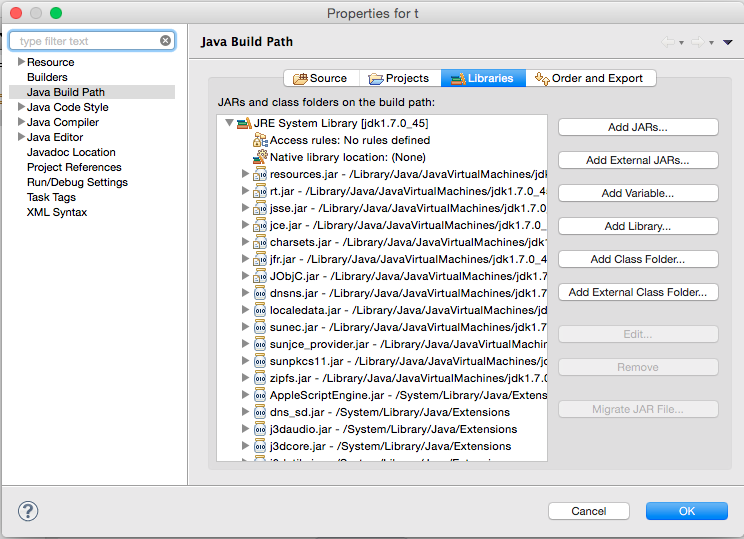 Your run configurations maybe trying to use a specific JRE. 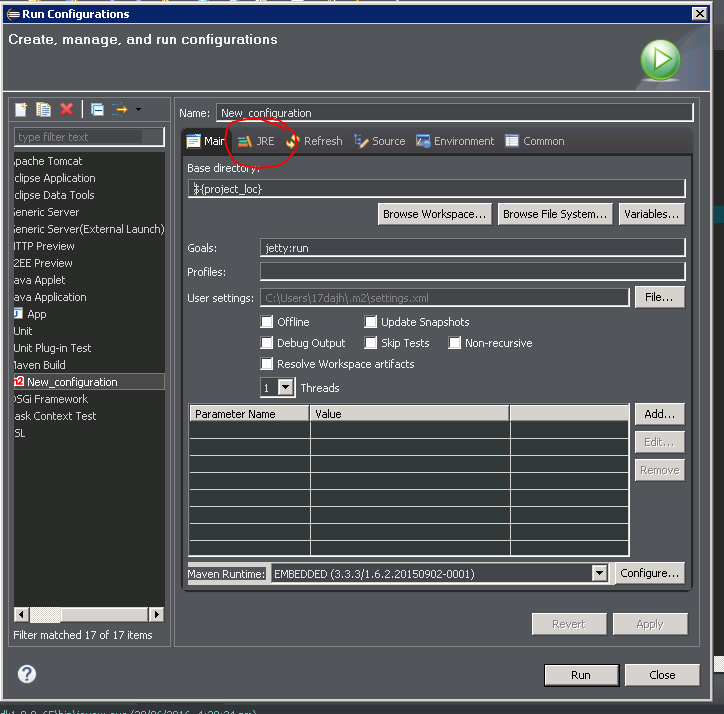 Make sure you are using the correct JRE there.

The problem is generally related to project or plugin-specific runtime configurations that (still) point to some JDK/JRE that is not existing anymore (e.g. after some update or migration).

We had this e.g. with the ANT plugin, where the launch configuration had to be updated (per ant build file), if it was e.g. not set to the default ~ run in same JRE as workspace.

You will find these settings (typicall under the JRE tab) either:

Once you are in servers view double click configured server to open its configuration and click Runtime environment link (in the left side).

Hope it help you

I had the problem with one particular run configuration (unittests for one project in my case). In Run Configurations, I selected the troubled run configuration, then the JRE tab, and I could see it was broken (even though I couldn’t tell how it had happened). Selecting the right JRE solved my problem (project JRE in my case, even though this was just my standard JRE and not configured for the project specifically).

I had the same problem. This solution might help fix the issue as it did for me.

This happened to me when I updated Java. Though it was updated in my system, it didn't update the references in eclipse. I was working on web projects so I had to do the following steps

Thats it, try running now it it should work.

Main Cause of this Error is You Maybe forgot the set Build patch. When you Import Old Project this time Old Java Build Patch Existing You Have to give New One which one you currently using in your work space.

Not the answer you're looking for? Browse other questions tagged java android eclipse macos osx-yosemite or ask your own question.

198
How to install a specific JDK on Mac OS X?
997
What is the difference between JDK and JRE?
281
Eclipse - no Java (JRE) / (JDK) … no virtual machine
738
Does a “Find in project…” feature exist in Eclipse IDE?
64
How do I add the Java API documentation to Eclipse?
294
Eclipse hangs at the Android SDK Content Loader
34
jdk 6 on mountain lion
320
Installing Java on OS X 10.9 (Mavericks)
1
Maven clean fails: The specified JRE installation does not exist