How to run .sh on Windows Command Prompt?

How can I run .sh on Windows 7 Command Prompt? I always get this error when I try to run this line in it,

Any ideas what have I missed? 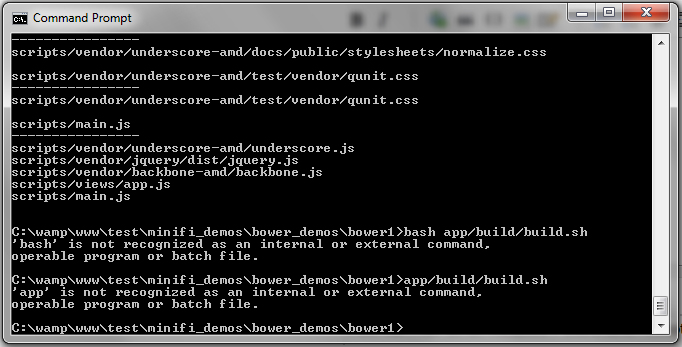 Install GIT. During installation of GIT, add GIT Bash to windows context menu by selecting its option. After installation right click in your folder select GIT Bash Here (see attached pic) and use your sh command like for example: 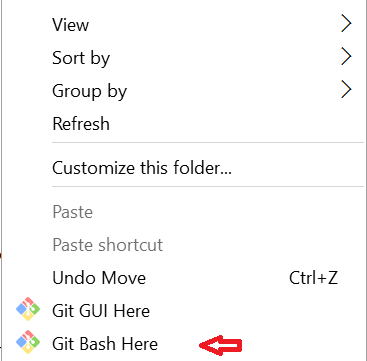 The error message indicates that you have not installed bash, or it is not in your PATH.

The top Google hit is http://win-bash.sourceforge.net/ but you also need to understand that most Bash scripts expect a Unix-like environment; so just installing Bash is probably unlikely to allow you to run a script you found on the net, unless it was specifically designed for this particular usage scenario. The usual solution to that is https://www.cygwin.com/ but there are many possible alternatives, depending on what exactly it is that you want to accomplish.

If Windows is not central to your usage scenario, installing a free OS (perhaps virtualized) might be the simplest way forward.

The second error message is due to the fact that Windows nominally accepts forward slash as a directory separator, but in this context, it is being interpreted as a switch separator. In other words, Windows parses your command line as app /build /build.sh (or, to paraphrase with Unix option conventions, app --build --build.sh). You could try app\build\build.sh but it is unlikely to work, because of the circumstances outlined above.

The most common way to run a .sh file is using the sh command:

other good option is installing CygWin

in Windows the home is located in:

for example i execute my my-script-test.sh file using the bash command as:

you can use also cmder

Cmder is a software package created out of pure frustration over the absence of nice console emulators on Windows. It is based on amazing software, and spiced up with the Monokai color scheme and a custom prompt layout, looking sexy from the start 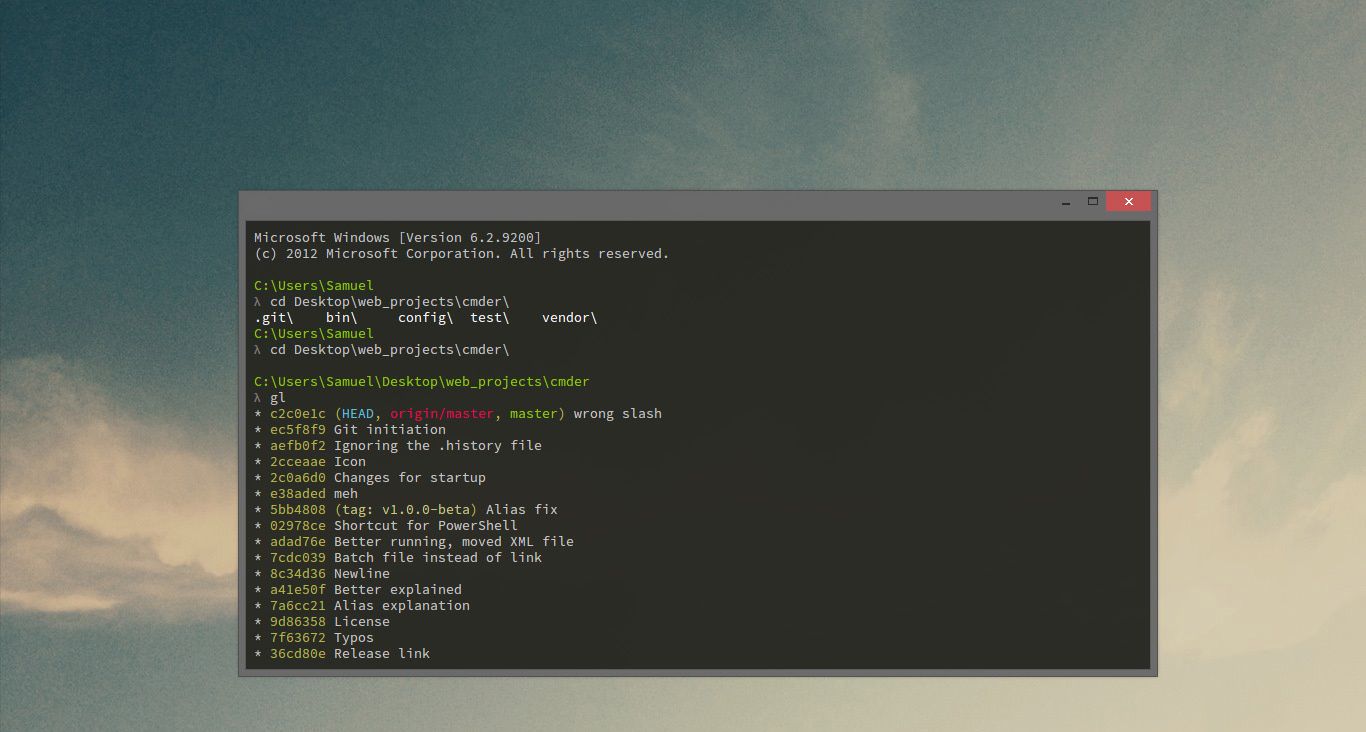 On Windows 10 Anniversary Update, it's even easier to run shell commands in/with bash on ubuntu on windows

I was trying to set my region for my x-wrt r7000 netgear router, I found the following worked for me, using bash on ubuntu on windows, you do have to enable subsystem found in windows features, and dev mode on

New feature in Windows - run bash on ubuntu on windows - available in Windows 10 "Insiders" builds after the Build conference:

Personally I used this batch file, but it does require CygWin installed (64-bit as shown). Just associate the file type .SH with this batchfile (ExecSH.BAT in my case) and you can double-click on the .SH and it runs.

Based on this original work.

Install the GitBash tool in the Windows OS. Set the below Path in the environment variables of System for the Git installation.

Type 'sh' in cmd window to redirect into Bourne shell and run your commands in terminal.

Have you tried cding to the root directory where your .sh is located in order to execute it from there, instead of writing down a path to the file as you showed in your question?

Not the answer you're looking for? Browse other questions tagged windows bash command-line sh or ask your own question.

3
How Do I execute .sh files on Windows? (Learning Python)
1
Bash command on cURL for Windows
74
Run bash script from Windows PowerShell
1
How to print from Git Bash terminal?
-2
Running .sh file on Windows 10 command prompt using cygwin
0
How do i execute a shell script in eclipseIDE?
1
How to execute shell script (.sh file) in scala program
0
How to run a command on windows using Ruby
1
How can I run shell script in Windows command line?
0
How to make a Linux Makefile work on Windows?
See more linked questions

5608
How can I get the source directory of a Bash script from within the script itself?
2292
How do I parse command line arguments in Bash?
3102
How to check if a string contains a substring in Bash
572
How can I create an empty file at the command line in Windows?
2072
How do I set a variable to the output of a command in Bash?
2667
How can I install pip on Windows?
1223
Passing parameters to a Bash function
2447
How do I import an SQL file using the command line in MySQL?
1009
Node.js/Windows error: ENOENT, stat 'C:\Users\RT\AppData\Roaming\npm'