iOS uses points instead of pixels in its coordinate systems. In the original non-retina devices (iPhone, iPhone3G, iPhone3GS, iPad, iPad 2, iPad mini, and early iPod touches) one point in the coordinate system mapped to one pixel on the screen of the device. At that time, life was simple, you provided images to your app that mapped to the point size and everything looked great.

When Apple introduced the first retina display devices (iPhone 4, iPad with Retina Display, and iPod touch 4), the devices had 2 pixels for every point. Apple devised a clever way of dealing with this. The programmer just had to add a second image to their program with the increased resolution and add @2x to the name. No changes to the code were needed. If your code loads an image called "house", iOS will load "house" on a non-retina device (such as the iPad 2 or original iPad mini), and it will use "house@2x" for the retina devices. The iPhone 6 Plus has even higher resolution so it uses a @3x version.

It's up to you to make sure that the @2x and @3x versions have more detail, and not just more pixels. You can use a program like Photoshop or Pixelmator to create your images. Start by creating the nice highly detailed version of your image (the @3x version), and then scale it down to the @2x resolution and save that version as your @2x version. Then open your @3x version again and scale it to the @1x resolution and save that as your @1x version. Add all three versions to the Assets Catalog in Xcode, and iOS will load the appropriate version for the appropriate devices.

Read this to learn about the different resolutions:

If you are looking for an inexpensive and easy way to create graphics, that will export in all three sizes, get Sketch 3:

With Sketch you can make a graphic and then export it immediately in any size class you need.

Here are Photoshop step by step instructions for changing size. If you have a vector drawing - lines and other shapes - you can start at any size and increase or decrease the size. The three photos below show increasing an image size. If you have an image like a jpeg then you will want to start large and work smaller to avoid distortion. 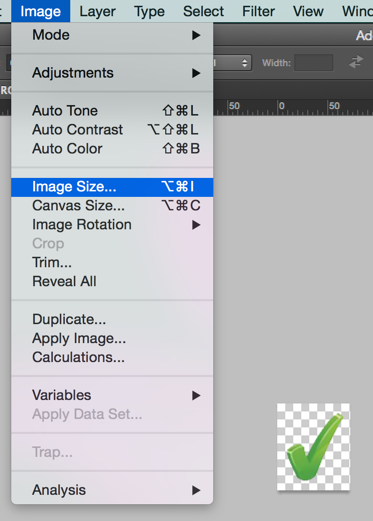 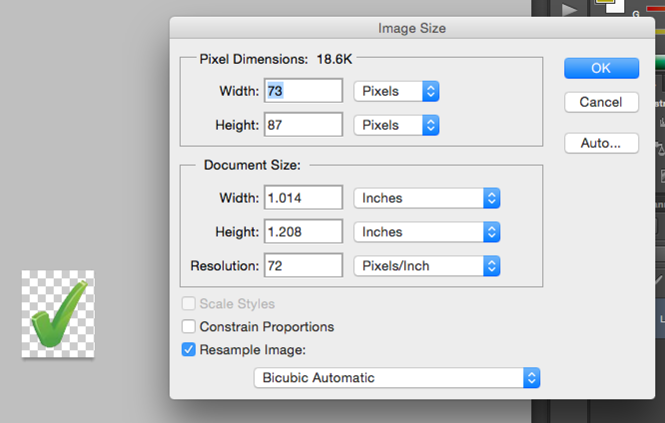 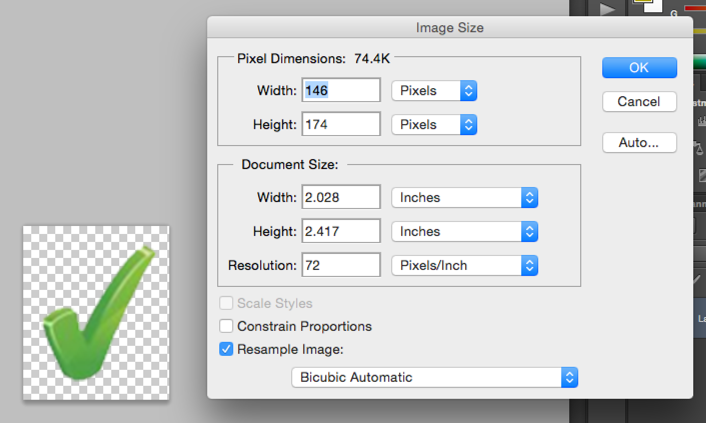 There are plenty of online tool out there where you put the largest size there (1024x1024) and it will generate resized version for you. e.g. https://www.iconcutter.com

You can also use Prepo mac application for different size images like 1x, 2x and 3x.

You need to just add your image and you can export with different sizes of those images (Artwork). It also supports app icons also.

Not the answer you're looking for? Browse other questions tagged swift xcode image uiimageview or ask your own question.

1370
Strange OutOfMemory issue while loading an image to a Bitmap object
2045
How to lazy load images in ListView in Android
1908
How do I auto-resize an image to fit a 'div' container?
1462
How to "add existing frameworks" in Xcode 4?
1685
How to vertically align an image inside a div
969
How to display Base64 images in HTML
980
How to download Xcode DMG or XIP file?
1451
Changing image size in Markdown
901
Xcode error "Could not find Developer Disk Image"
851
Xcode 7 error: "Missing iOS Distribution signing identity for ..."