I was watching the video of Session 411 on WWDC 2014 referring to "What's new on Interface Builder", and I was trying out how to create Frameworks in order to make @IBDesignable classes to preview my changes in Storyboard without having to run the application.

@IBInspectable properties are showing correctly when I add my class to a specific view and are rendering the view correctly with the below code:

I noticed that these attributes were being added on User Defined Runtime Attributes (Under Identity Inspector). Now what I am expecting from this is when I run the code to keep these changed I made with a specific view.

I run the application and the view doesn't load the User Defined Runtime Attributes, and gives this error on output (not crash):

What is causing the application not to load User Defined Runtime Attributes that I added under Identity Inspector?

The code is correct.
When you declare a @ IBDesignable all the @IBInspectable properties are exposed to the Interface Builder as User Defined Runtime Attributes. 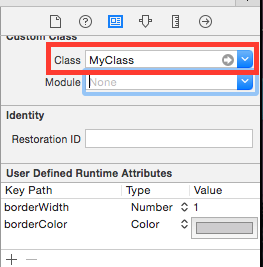 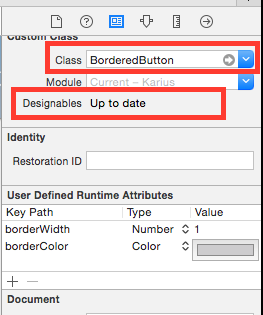 Also If you decided to remove customer Designable you should 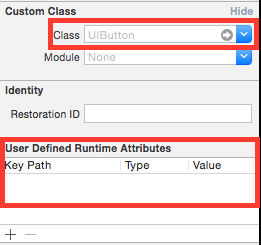 Based on the question title, a few people may come here with a slightly different problem (like I did). If you

Then you may also get an error similar to

The solution is to delete the the old property. 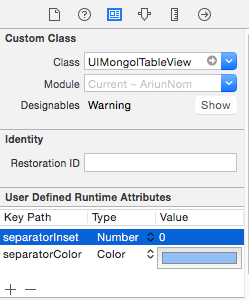 Open the Identity inspector for your class, select the property name under User Defined Runtime Attributes, and press the minus button (-).

after go to Attibutes inspector and select "Clip Subviews" 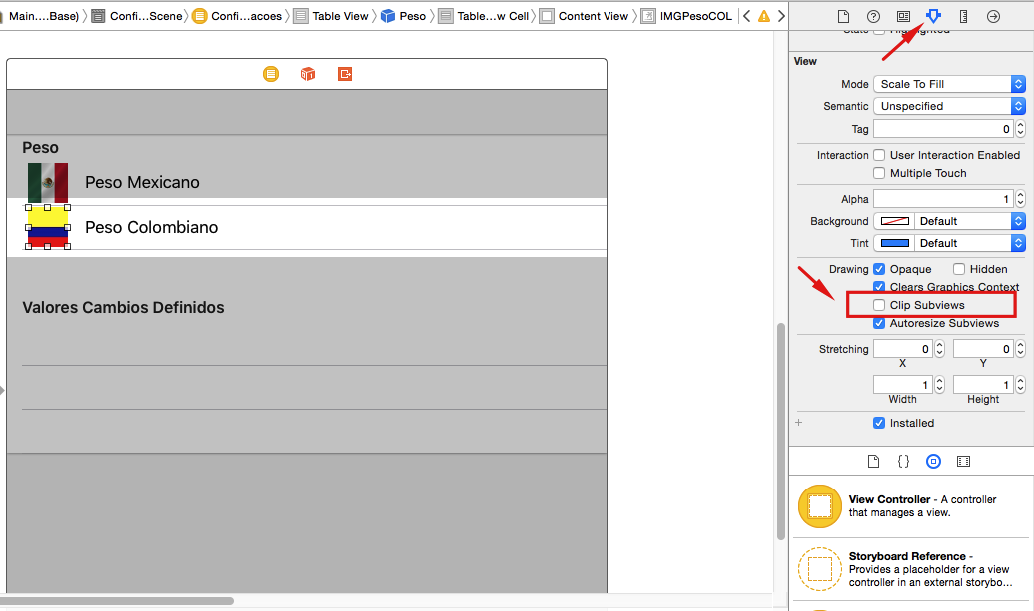 Not the answer you're looking for? Browse other questions tagged ios swift ios8 interface-builder or ask your own question.