When to use static methods

Although this could be converted to a non-static version, some would argue that since there isn't a "privileged" choice of which Car is more important, you shouldn't force a caller to choose one Car as the object you'll invoke the method on. This situation accounts for a fairly small fraction of all static methods, though.

I found a nice description, when to use static methods: 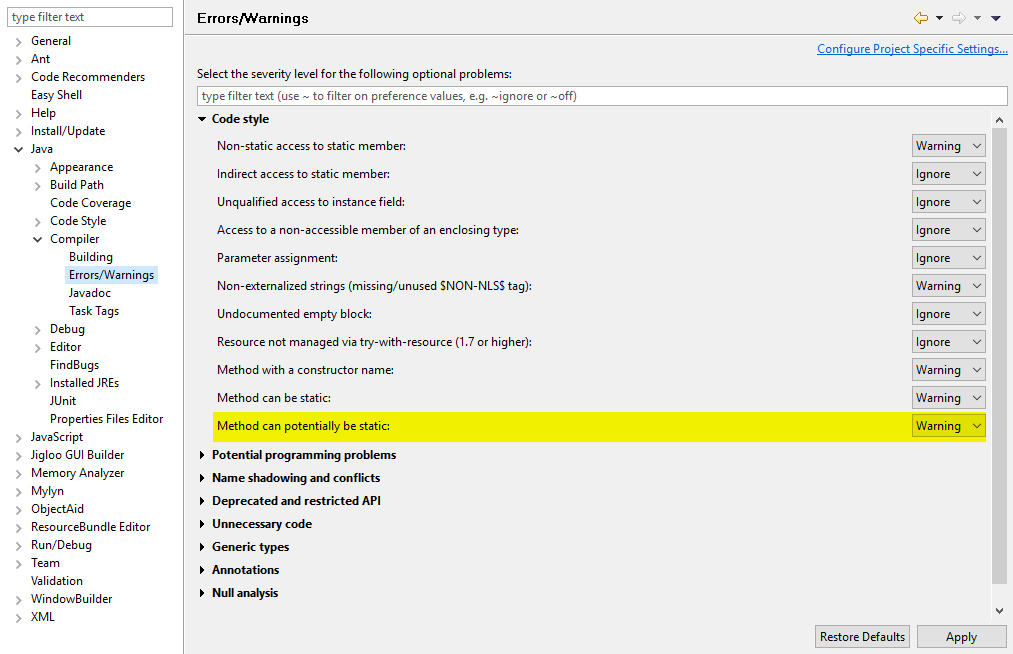 You should use static methods whenever,

-3
Why not everything is static function in java? Any differences in following two examples?
3
Is static method always discouraged in java even for stateless Class?
-1
When to use static/non-static variable in JAVA
0
What makes a function static?
-6
what is static method why use this in Display class in java
0
Call method without declare object in Java
-3
when to decide use static functions at java
0
When should methods be static?
0
Java class vs c++ class static vs instance
0
When would I use a Static Object reference
See more linked questions

3080
How do I test a class that has private methods, fields or inner classes?
1987
Java inner class and static nested class
3303
What is a serialVersionUID and why should I use it?
1570
Fastest way to determine if an integer's square root is an integer
3467
When to use LinkedList over ArrayList in Java?
644
Why can't static methods be abstract in Java?
547
Why can't I define a static method in a Java interface?
1922
Static methods in Python?
887
Efficiency of Java "Double Brace Initialization"?
3904
Proper use cases for Android UserManager.isUserAGoat()?